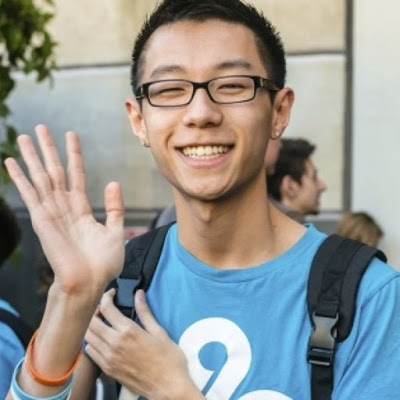 When Cloud 9 first entered the professional scene, they dominated the competition. In their first 62 matches in the North American LCS, they only lost 7. Beating C9 in the early game was not unheard of, but closing a game against them was a worthy accomplishment, regardless of the gold disparity. They were adaptable in a manner that few other rosters have ever been – when one star carry would fall behind or lose relevance after a shift in the meta, another would rise to take their place. The one aspect of Cloud 9 that had not changed, in all of their evolution as a roster, was the primary voice behind their in-game decisions: Hai “Hai” Lam.
So, what makes a great shot-caller? How do we distinguish the mediocre from the good, or the good from the great? In Hai’s case, it really isn’t that hard. When C9 was behind in gold or down a teammate, Hai would find a way to win a team-fight – or simply avoid it and make the subsequent objective trade at least an equal one for his team. They were the best at playing from behind, but falling behind them was nothing short of a death sentence. This was a team that would systematically destroy tower after tower and put themselves closer and closer to the nexus until their opponents were forced into drastic, hopeless fights. But it wasn’t Cloud 9’s successes in North America that earned Hai the respect of the most critical analysts.
Finally, North America had produced a team that could take games off of serious international competition, and it was on the back of Hai’s shot-calling that this was possible. Even when C9 lost to an elite team, they refused to go down without a fight. The team’s unshakeable trust in Hai made them as cohesive as some of the best teams in the world. In the quarter-finals of the 2014 World Championship, Cloud 9 faced Samsung Blue, widely regarded as the second best team in the world at the time, in a best-of-5 series. Cloud 9 lost the series 1-3, but every analyst watching knew all but one of those games could have gone either way. I believe this was the greatest series performance by any North American team ever.

Hai officially retired from competitive play after Cloud 9 fell to Team Solomid in the 2015 Spring Playoffs Finals, thus failing to earn the right to represent North America at Riot’s Mid-Season Invitational. After trying out several players as potential replacements for Hai in the mid lane, Cloud 9 opted to pick up recently unbanned European solo-queue star Nicolaj “Incarnati0n” Jensen. Many may assume Incarnati0n has the biggest shoes to fill after Hai’s retirement, but that unfortunate pressure actually falls to their jungler, Will “Meteos” Hartman, Cloud 9’s new dedicated shot-caller.

Meteos is no stranger to shot-calling, but no one knows better than he just how much he will need to grow. It is up to him to bring Cloud 9 back to relevance on the international stage. As a Cloud 9 fan, I look forward to watching their growth over the course of the Summer Split. I can only hope Meteos will make Hai and the rest of us proud.