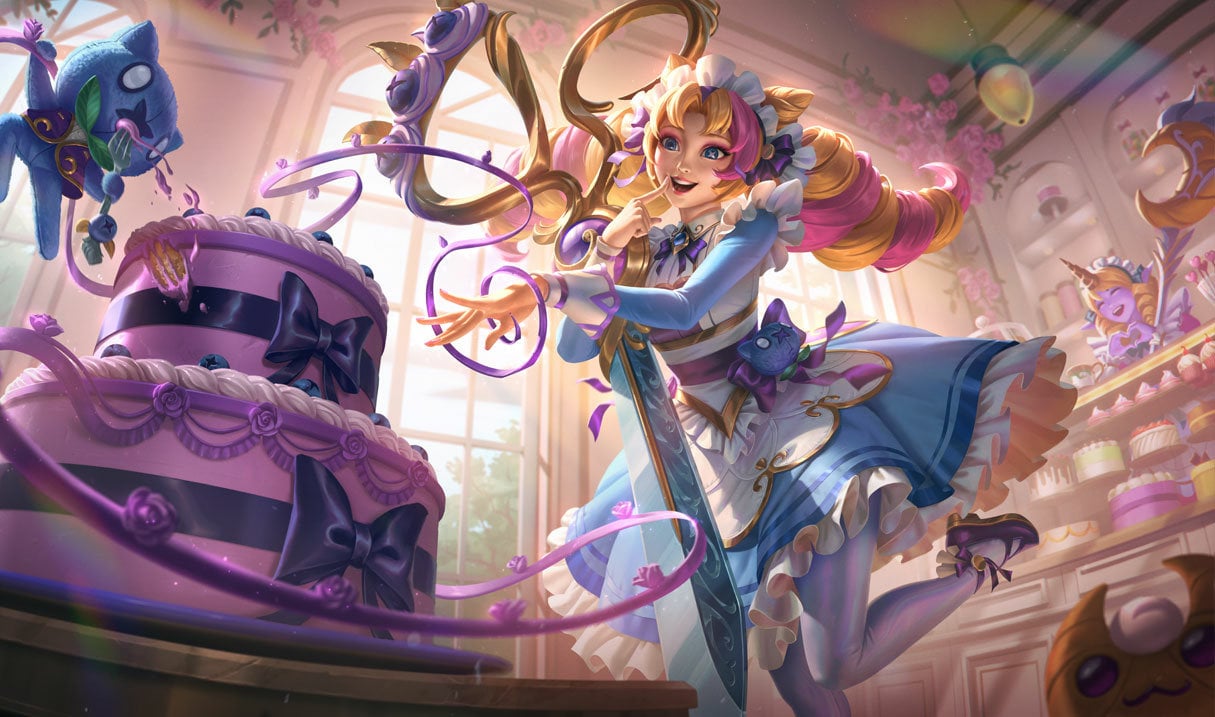 It’s been a week since the start of League of Legends’ 2022 Mid-Season Invitational and fans have already seen the meta take shape at the tournament. There have been plenty of familiar champions on Summoner’s Rift, but one pick has dominated the tournament so far: Gwen.

The Hallowed Seamstress has quickly become a priority pick with the second-most games played at the event and a 79.5 percent pick-ban percentage, according to League stats aggregate Oracle’s Elixir. She’s also only one game behind Viego, who is the most-played champion at MSI with 19 games played.

Gwen, however, has been a more effective pick among the teams with one of the highest win rates at the tournament. Among the 11 champions with double-digit games played, the scissor-wielding doll has an impressive 72-percent win rate. She is also tied with Kai’Sa for the most kills at MSI with 62.

The rise of Gwen might have surprised a few avid League fans since she was barely played through many of the major region’s playoffs. Across the LPL, LEC, LCK, and LCS, Gwen was only played 10 times during the postseason, according to Oracle’s. She wasn’t banned a lot either, but now, she has become a must-pick for many top laners.

Gwen’s kit is extremely strong in the hands of many top laners since she has innate sustain, true damage, a low cooldown dash that increases her attack speed and damage, and even an ability that makes her untargetable. These skills can help her win any early-game trade due to her ability to avoid damage through her Hallowed Mist, her dueling is unparalleled with her mobility and damage, and she can be a hassle to deal with in teamfights.

Watch for Gwen to remain a priority pick moving forward when MSI 2022 enters the rumble stage tomorrow, May 20, at 3am CT.