This unconventional bot lane failed to have much of an impact on the finals, though. 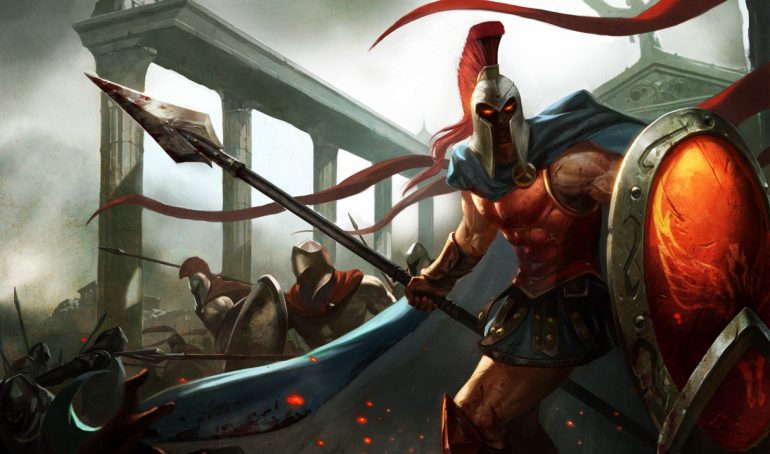 Apart from the abrupt end to Griffin’s title hopes at the hands of SKT, the most interesting occurrence in the finals was Griffin coach Kim “cvMax” Dae-ho drafting a Taliyah and Pantheon bot lane for Park “Viper” Do-hyeon and Son “Lehends” Si-woo—not once, but twice. This unconventional bot lane failed to have much of an impact on the finals, and although it may seem like it was a curveball specifically designed to rattle SKT, the strategy has actually seen success before.

This success hasn’t actually been in any major leagues, but has won multiple games for Challengers Korea team bbq Olivers, under the command of LCK caster Nick “LS” De Cesare. With the strategy, the former LCK team claimed victories over playoff winners VSG as well as wins against MVP and Brion Blade. In fact, whenever bbq Olivers pulled it out, they won the ensuing game.

It’s not often that a strategy has a 100-percent winrate in a lower league and a zero-percent winrate in a higher league, but with practice, the LCK teams could use it and potentially have a lot of success. Dubbed the “Avengers” duo by LS, the strategy revolves around the combination of crowd control that the two champions have.

By using Pantheon’s W, Aegis of Zeonia, the support player can point-and-click stun an enemy laner, lining them up for Taliyah’s main damage combo of Seismic Shoving an opponent through a field of Unraveled Earth. The intention here is to completely blow someone up, and if that’s unsuccessful, bring their health bars low enough for the rest of the duo’s kit to finish them. Pantheon’s passive means he crits anyone below 15 percent HP, while Taliyah’s Q, Threaded Volley, excels at single-target damage—so if you’re foolish enough to get caught out, you won’t last long on the Rift.

This also has the benefit of lane priority, which gives teams easier access to certain objectives due to the way the champions affect the minion waves. Opponents can’t stand too close or they risk being eviscerated, which then allows Taliyah, who will take Spellthief’s Edge and allow the Pantheon support to farm, free poke and time to shove in the waves. This will then give the jungler the opportunity to make plays elsewhere on the map confident in the knowledge that there will be no help from the enemy bot lane.

Teamplay also gets a huge buff from this champion combo. Ganks from the jungler are helped immensely by Pantheon’s ability to instantly lock down an enemy, which opponents have to respect—we saw SKT run double Cleanse in the bot lane to counter this. In addition, both Taliyah and Pantheon’s ults, Weaver’s Wall and Grand Skyfall respectively, are semi-global and can make plays around the map much faster than their opponents.

This combination of champions has massive potential, and if piloted correctly, could easily become a menace in your solo queue games. But until a team from a major region can use it successfully, this strategy may remain a flash in the pan, a brilliant idea resigned to gather dust in the annals of League history.

It remains to be seen whether LS’ concoction has the power to make waves internationally—but watch out for any copycats in your ranked games, since this can definitely make your ADC’s life hell.