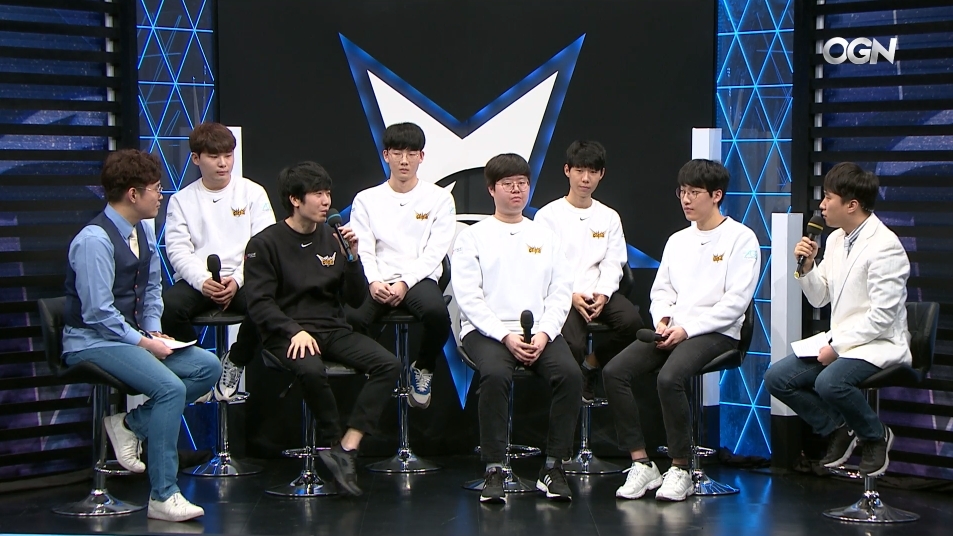 Griffin completed their undefeated Challengers Korea run with a 3-1 victory over MVP in the Korean promotion tournament, claiming a spot in the LCK.

As the LCK Spring Split reached its final weeks, word began to spread of a monstrous team in Challengers Korea—Griffin. Stacked with promising players, and an impressive 14-series win streak, Griffin were the overwhelming favorites to qualify for the LCK Summer Split. One series win away from a coveted spot in Korea’s premier esports league, Griffin simply needed to beat MVP.

But to fans’ dismay, it was MVP who took game one over Griffin. MVP, used to high pressure matches like tonight, capitalized on Griffin’s early mistakes caused from over aggression. And with the lead gained from Griffin’s mistakes, MVP could pressure mid lane long enough until they found an opportunity to take Baron.

Down a game in this best-of-five-series, Griffin resorted to a very unlikely assassin in order to turn the match around—Talon. His 2018 debut performance in Korea, Talon proved to be the perfect pick for Griffin to to take back the series. Talon’s ability to maneuver over walls allowed Griffin mid laner Shin “Rather” Hyeong-seop the ability to coordinate ganks, and later camp top lane alongside his jungler Lee “Tarzan” Seung-yong. This camp not only led to Griffin’s snowball, which would allow them to close game two, but marked the beginning of the end for MVP.

The next two games would be decisive victories for Griffin. Although MVP stayed on pace with Griffin’s early macro playu, they soon faltered once skirmishes and teamfights arose. Led by Griffin AD carry Park “Viper” Do-hyeon, who managed to play Kai’sa for the series’ entirety, Griffin dismantled MVP in teamfights, and were rewarded with gold, turrets, and most importantly, the Baron.

With only one vacant spot remaining in the LCK, MVP will have one more chance to join the likes of KINGZONE DragonX in the Summer Split when they play against Kongdoo Monster in the final match of the promotion tournament. The winner will retain their spot in the LCK, while the other will be demoted to Challengers Korea.