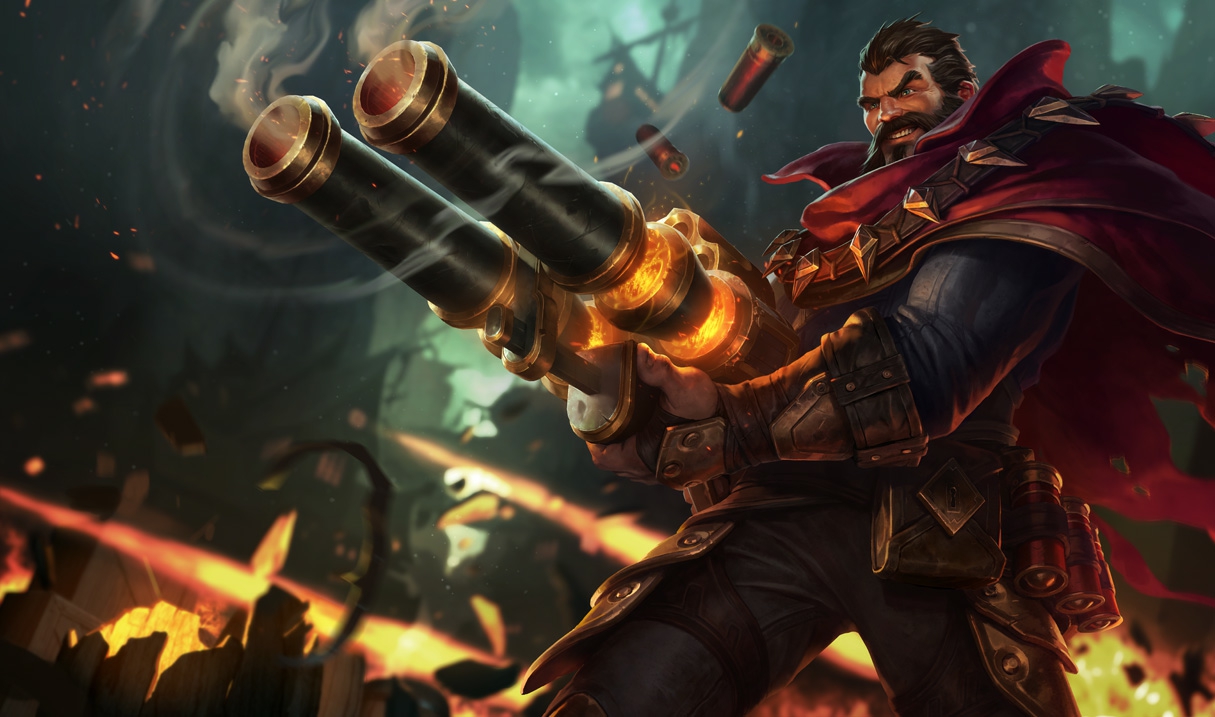 Riot is looking to lay down the law with nerfs to Quinn and Graves in the upcoming patches according to a dev post on the official League forums.

The nerfs are needed. Graves has been dominating the jungle meta for months. Not only does he appear too often in regular gameplay (both casual and ranked games alike), but he’s also a must-have pick in the professional scene as well.

Graves boasts some of the highest area-of-effect (AoE) burst damage out of any jungler in the game. There are only a few junglers that can match his grit when it comes to dealing tons of damage, and even those that deal a similar level of damage either can’t take down more than one target at once or they’re too squishy. Speaking of grit however, Graves’ passive, True Grit, gives him enough resistances passively that he can withstand waves of damage while blowing up his enemies.

According to Riot, the first goal is to take a look at Graves’ True Grit. The plan is to remove the Magic Resist (MR) from the passive so he’s much less of a versatile pick, even on teams that lack tanks. There are other options being weighed to add on or even replace that idea. But we’ll likely see Graves changes in patch 7.7, and, judging by the usual rhythm of patches, that’s still a month or two away.

While Graves is the most obvious candidate for needed nerfs, there’s another marksman that could use some changes as well. Quinn isn’t played as much in the professional scene or even casual games, but she is well-known as a plague to solo queue players as the go-to top laner for climbing the ranked ladder. With the recent buff to Lethality items, Quinn has really soared to new heights in terms of viability. Unlike Graves, however, Quinn isn’t just flat-out OP. She’s actually really useless once she uses her burst of abilities. Without having low enough cooldowns to be considered a “caster,” she’s a sitting duck without her all-in combo, and if she can’t kill targets with it, she’s awful.

To address this, Riot is looking to decrease the flat damage on her abilities while increasing her attack speed to give her a bit of reliable damage and lower the insane split-second burst she can deliver.