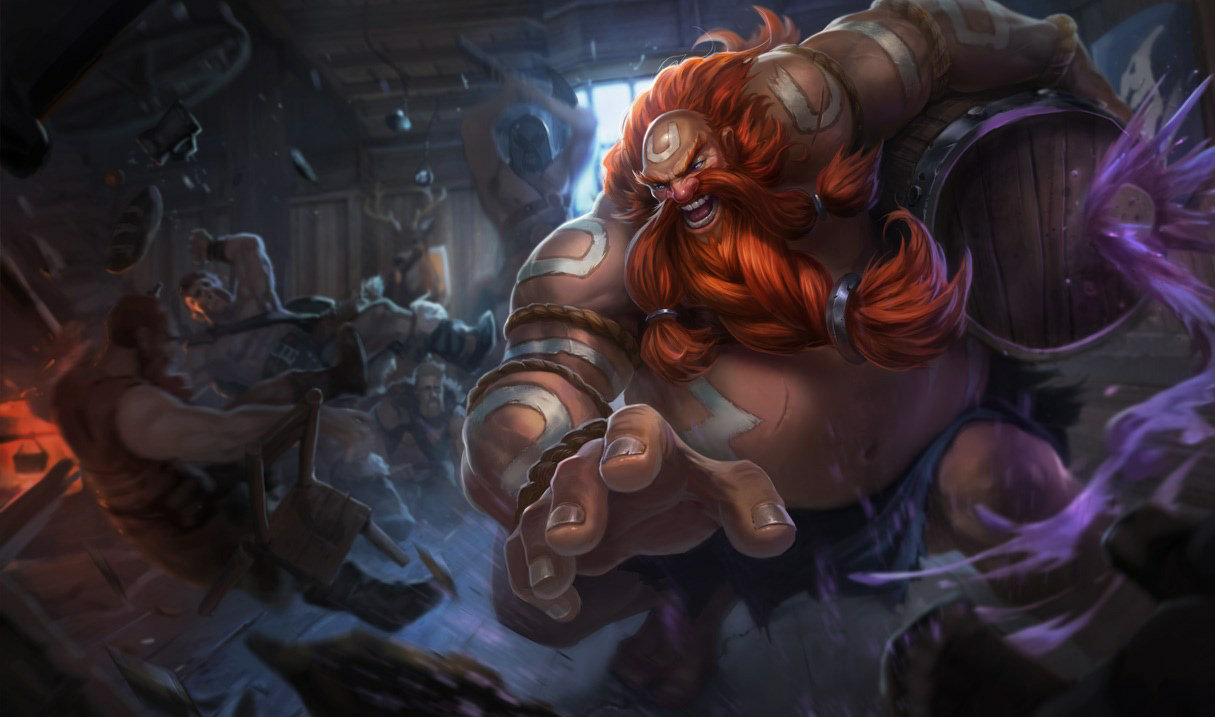 We’ve all made plays in League of Legends that we’ve been super proud of and look back on with fond memories. But this Gragas player isn’t going to remember this play for its outcome.

Malphite players all have the same dream: hit that one amazing R. So when the enemy Malphite saw Gragas attempting to recall under turret in a League solo queue game, they were determined to make the big man with the keg regret his decision. Unfortunately for the Malphite, one Q wasn’t enough to take down Gragas—and that’s when the show truly started.

Gragas sensed the impending Unstoppable Force from Malphite and expertly flashed over it. But they weren’t done there. Gragas proceeded to bait the Malphite into flashing and auto-attacking a minion under the turret by using his E in the opposite direction and quickly began to charge his W to take the free kill for his efforts.

But there was one glaring problem: Gragas never dealt damage to Malphite during this entire skirmish.

What seemed to be a fight entirely in Gragas’ favor ended up being all for naught when the announcer informed the players that the Malphite had been executed by the turret. The Gragas player immediately started laughing about the moment in their team’s chat, but it was evident that their hopes had been crushed.

Although the Gragas player didn’t end up getting the kill on the Malphite, they’ll likely remember this moment for its comedy and their fast reactions that led to the complete outplay of the Shard of the Monolith.