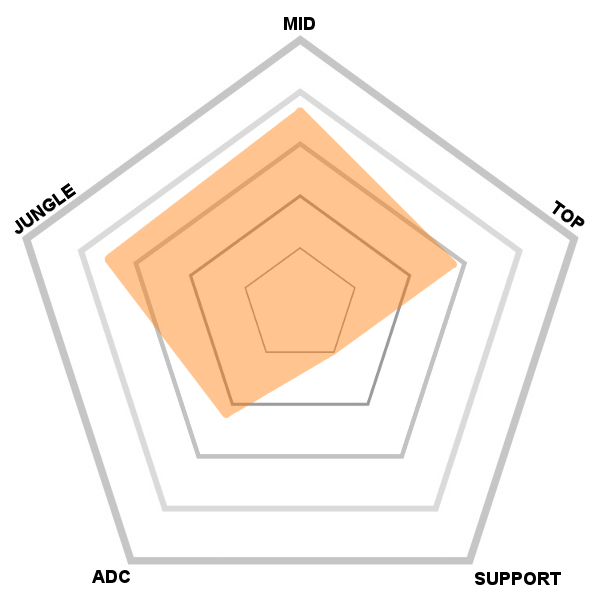 Shiphtur is one of the great conundrums of western League of Legends. He is without a doubt one of the most mechanically gifted players in the west, but he’s never quite fulfilled his promise thanks to an almost devastatingly passive play style. Occasionally, he’ll flash that great potential in a dazzling display of skill, like in this clip where he single handily turned a fight around against TSM back when he was on Coast, but that only makes the periods of debilitating passivity even harder to swallow. This passivity manifests in extreme risk aversion that results in Shiphtur being unable to be the carry his team needs to bring them back in the game despite the fact that he is often ideally placed to do so. In short, Shiphtur struggles to make a difference when his team is behind and doesn’t give enough return on his team’s investment into getting him ahead. This doesn’t bode well for a Dignitas lineup that figures to be playing from behind a lot.

We haven’t see him play many games, but Korean import Gamsu has highlighted one of the fundamental problems with the West: the dearth of strong top laners. His strong understanding of lane fundamentals and solid Teleport usage was one of the few bright spots during Dignitas’ disappointing IEM run. If he can keep up this current level of play, expect Gamsu to impress many fans. However the constraints of the top lane position will likely prevent him from being the strong secondary carry that Dignitas will need to offset their weak bot lane.

By all accounts, Crumbz is one of the most dedicated, level-headed players in the LCS and a much needed voice of reason on a Dignitas team that has historically included more than a few characters. Unfortunately, his performance is also the epitome of your typical Dignitas season. At the start, he and Dignitas play amazingly well, frequently running off long win streaks and teasing their fans with the possibility of a deep playoff run. And then he just disappears in the middle of the split. It’s quite possible that the burden of maintaining his skill level becomes too much in the weekly grind of the LCS, leading to what has been an inevitable decline in his play over the course of each split he’s played in. As the team’s primary shot caller, he also shoulders a fair portion of the blame for Dignitas’s famously terrible play around Baron. From a positive standpoint, Crumbz is well-respected within the league, adapts to meta changes fairly well and rarely has issues with his Champion Pool. That makes him above average at worst for the NA LCS.

The new ADC for Dignitas is Core JJ, formerly of the now defunct Korean team Bigfile Miracle. Core JJ entered the Korean scene with a lot of community hype but failed to live up to expectations. Bigfile Miracle failed to win a single game in OGN Summer, giving Core JJ zero wins in six professional games. In this limited experience, Core matched up fairly well with CJ’s Space, struggled against SKT T1 S’s Bang and was unable to keep up with Imp and Mata (can’t blame him for that). A review of the VODs shows a player with decent mechanics that struggled with positioning in lane and in team fights. The simplest way to describe it is that when his team was making a play, he often found himself just out of range to do anything. While this could be chalked down to poor communication, this isn’t something that is likely to improve on a team that now features two primary languages. His lane partner is Kiwikid, who re-signed with Dignitas shortly after the departure of Imaqtpie and Zionspartan. It’s likely that Dignitas opted to resign Kiwikid despite his subpar performance in the Summer Split in an attempt to preserve some measure of stability within the team. While his strength on Annie is well known, Kiwikid is below average on pretty much every other support champion. He also has a troubling habit of dying for free far away from his team, usually when he gets caught way out of position trying to ward. It’s fairly likely that Core JJ and Kiwikid compose one of, if not the worst bot lanes in the LCS.

How they got here:

Thanks to their 6th place finish in the Summer Split, Dignitas earned the pleasure of facing TSM in the playoffs. Dignitas won game one, but TSM stormed back to take the series 3-1 as TSM showcased their new-found ability to adapt with each passing game after historically struggling in best of fives. That dropped Dignitas into a 5th place match against CLG, with the loser being relegated. This time it was Dignitas who lost the first game of the series, only to storm back and take the next three and the win. Having secured their spot in the LCS, Dignitas sat back while the rest of the world turned their focus to the World Championship. It was during this time that members of CLG approached Dignitas about Scarra and ZionSpartan. Once those allegations came to light after Worlds, Zion and Scarra left the team for CLG, and Imaqtpie retired leaving Crumbz in charge of building a new team around himself. The result is the roster you see above.

Biggest Headline: Dignitas struggles with the changing landscape of the LCS.

The community gained substantial insight into the inner workings of Dignitas after Imaqtpie made a retirement vlog outlining why he was leaving the team. In that vlog, Imaqtpie professed an inability to deal with the cut throat mentality that was increasingly necessary for North America to grow as a region. Dignitas had always put friends first, performance second, with the players admitting in multiple vlogs that the desire to be the best wasn’t really there. As Imaqtpie felt he was unable to do what was necessary and kick poorly performing players from the team, he chose to step down. With Dignitas looking like one of the weakest teams in the LCS, the organization is going to face a lot of hard decisions in the coming season if they wish to keep their spot in the LCS.

Dignitas is looking at an uncertain future. In the best case scenario, Gamsu and Core JJ are a wash with Zionspartan and Imaqtpie. I fully expect Gamsu to be an above average top in North America, but things could get ugly with Core JJ and Kiwkid. Their core issues with Baron and objective control are likely to remain since their shot caller is the same and they now have the added complication of having two players whose primary language isn’t english. If we compared the current Dignitas roster to Shiphtur’s old Coast roster, It’s easy to see Dignitas falling into the same pattern of having a carry top laner trying to make something happen on his own, while Shiphtur sucks up resources in the mid lane and fails to provide an adequate return on that investment. We’ve seen this story with Shiphtur before. He gets too afraid that his team will lose immediately if he dies even once that he plays too passive and can’t become the carry he should be and that his team needs him to be. The truth of the matter is that Shiphtur finds himself in a lineup that is only marginally better than that Coast lineup he famously isolated himself from in the Spring Split of the 2014 Season as the defeats piled up and that’s a huge red flag. While Dignitas is 8th in the rankings, most of the panelists agreed that it’s quite possible that Dignitas ends up last and gets automatically demoted to the Challenger Series. That’s how large their potential for implosion is. The best case scenario is probably a 6th or 7th place finish with a quick exit from the playoffs. That scenario involves Core JJ tapping into his rumored potential, but the Dignitas bot lane will remain below average as long as Kiwikid is a part of it.

Two of the Panelists ranked Dignitas as the 8th best team in the LCS, while the other three ranked them as the 9th best team. Despite his shortcomings, Shiphtur was the highest ranked player relative to his role, coming in as the third best Mid Laner in the LCS, tied with Pobelter. Kiwikid was rated as the worst Support in the LCS by every panelist, and is the worst ranked player relative to his role on the team. The team received above average marks for the Meta as most of the player’s Champion Pools are comprised of Meta champions and adapt to changes in the meta fairly well. To exactly zero people’s surprise, the team received their worst marks in shot calling thanks to less than stellar rotations and borderline horrific play around the baron pit.

One of these days, one of the pillar organizations of the North American region is going to lose their spot in the LCS, and right now Dignitas looks like the most likely candidate for that sad fate. The team was arguably the biggest loser in the NA LCS in this off season’s round of roster roulette next to TiP, who lost most of a world championship qualifying roster for a variety of reasons. While there are bright points (Shiphtur, for all his faults, is still one of the best mid laners in North America and essentially holds the keys to Dignitas’s fate in his hands), it seems more likely that Dignitas finishes farther down than 8th in the standings than higher up.

Go Here for a Breakdown of the new LCS Format