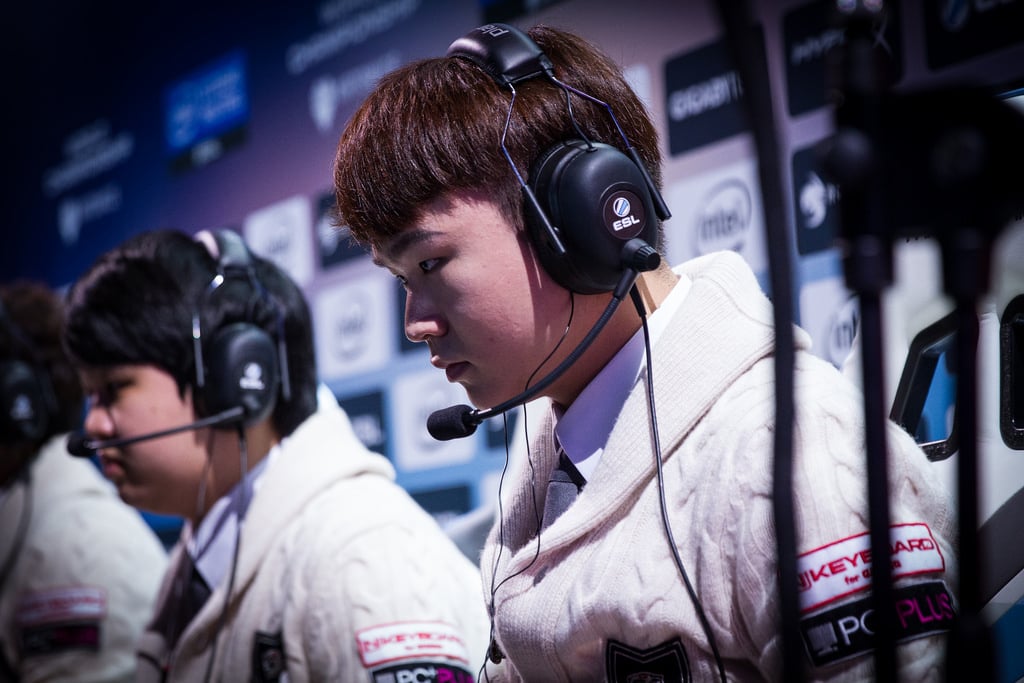 Replacing Wolf in the support position, GorillA was one of the newer players to grace the scene with the newly renamed NaJin White Shield. Kang Beom-hyeon, who choose his ID because he thinks he looks like a gorilla, made his debut in Champions Summer 2013 together with the other two rookies Ggoong and Zefa. The jungler was Nofe from MVP Blue, and the toplane belonged to Save after moving Expession to Sword.

The following season GorillA went from being a discreet support to being one of the most surprising and respected in a similar way to Yi Sun-Sin, a Korean admiral who resurrected and improved the turtle ship. In the shadow of Ggoong and Save within his team, and after names like Mata, Heart, or PoohManDu on his return, GorillA went unnoticed as a great player for a large part of the season. Until the Korea Regional Qualifiers.

One of the biggest upsets in League of Legends history took place in the Korea Regional Qualifiers. NaJin White Shield, after destroying the decadent KT Bullets, achieved another 3-0 against winners of Champions Summer: KT Arrows. And this time, unlike the rest of the season, GorillA began to step into the spotlight thanks to a forgotten champion: Janna. Along with Zefa’s Lucian, the duo crushed the KT Arrows‘ dreams of qualifying for worlds. But KT were not the only ones with crushed dreams.

The performance of Najin White Shield in these regional finals also marked the end of one of the best teams in history, SKT T1 K. GorillA once again was key in this Bo5 where he could play his signature champion against PoohManDu. Apart from Janna, GorillA’s Thresh was also hugely impactful and Shield even first-picked it in the fourth and definitive game. NaJin White Shield finally achieved one of the biggest upsets destroying the Korean Regional Qualifiers and GorillA became globally known. He made it to Worlds.

Season 4 World Championship was the first international event for GorillA. Although it was the first time that GorillA played outside Korea, having lived before in Indonesia helped him because Singapore weather and food were familiar to him. In the group stage they were clear favorites for first place but games lost against Alliance and Cloud 9 forced them to play a tie-breaker.

Despite the victory, in Busan they were slaughtered falling 3-0 by OMG, a result that generated a great surprise and also a lot of criticism. GorillA had a remarkable performance, but still had to walk out the back door in his first international tournament. Weeks later he left the Najin organization.

Season 5, new rules and Korean exodus. Sponsored by the Chinese Giant YY, GorillA would be the admiral of a team composed by former members of NaJin organization and an unknown guy called Smeb. HUYA Tigers were conceived. After qualifying for Champions Spring, we could see GorillA’s Thresh and Janna again in the preseason where they finished in 3rd place.

Then the new season began and HUYA Tigers renamed to GE Tigers. The team, soon to become the best looking team of the first months, didn’t lose a single BO3, they also attracted public attention because of their outfits.

GorillA, with a bigger champ pool but still including his 8-0 Janna, qualified for the IEM World Championship. His second international tournament, now being part of the undisputed best team of Korea and arguably the world. After destroying Forg1ven’s SK Gaming and ridiculing Cloud9, everyone in the world thought that this was going to be another Korean stomp in an international tournament.

Away from reality, World Elite and Spirit melted GorillA’s dreams making the biggest upset of League of Legends history. GorillA and his team, again, went out the back door. Following weeks were pretty bad for GE Tigers, losing easily in Champions Spring finals against Easyhoon’s SKT T1.

Renamed to Koo Tigers, the beginning of summer season wasn’t much better with several losses in the first weeks and a poor performance against teams of the same level. GorillA tried to get out of his comfort zone, making Annie and Alistar his most played champions, and although at first it did not work, thanks to a weaker schedule and the incorporation of Wisdom, they were reunited with the victory screen.

The team started getting wins again and rose to be considered one of the best in Korea, Alistar and Annie worked better for GorillA and the team arrived in good form for playoffs. After the victory against Najin, the first great battle for GorillA and his team would come: CJ Entus. The winner here would make it to Worlds as long as SKT T1 won the finals. With a 17,5 KDA and more than 76% kill participation in these series, GorillA led Koo Tigers to an overwhelming 3-0, particularly with his Kennen.

In the Summer semifinals GorillA was against Piccaboo, the support that changed KT from being good to title contenders. Both teams and supports gave us 5 great matches featuring GorillA’s Kennen in the fourth game, one of his best champions which we will probably see again at Worlds. It worked really well against Piccaboo roaming, it was so successful that Wolf used the same pick in the final. Although they lost the fifth game, the victory of SKT T1 in the finals meant automatic qualification for Koo Tigers to Worlds. GorillA will have his chance of redemption.

This article is part of #WorldsPer10 series, if you want more info check out the introduction and my colleagues articles here.