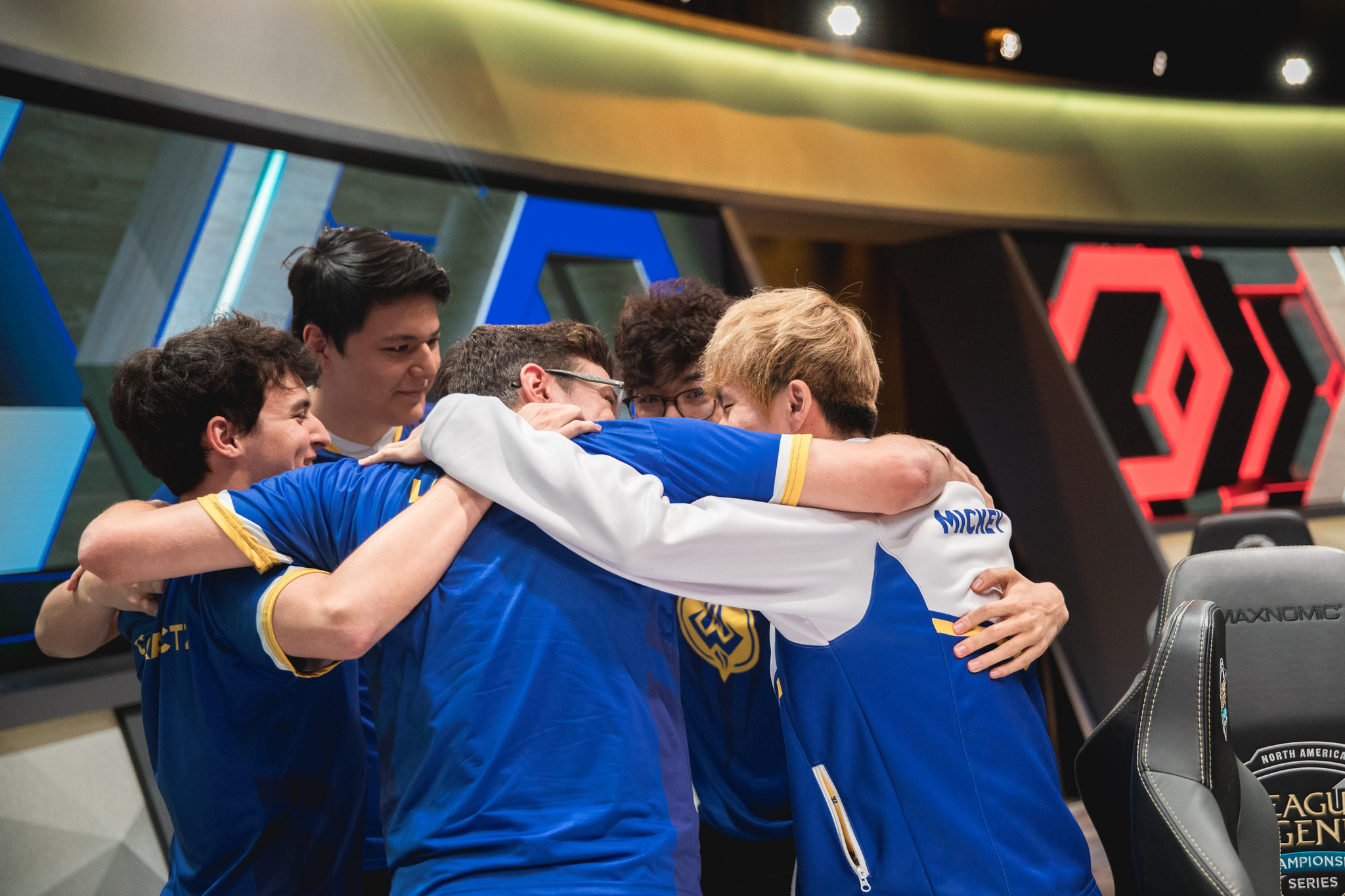 When Nick “Inero” Smith signed on with Golden Guardians last summer, it came at a tumultuous time for the team. Management didn’t harbor any illusions that they’d win the LCS in their first competitive year. But with some of the changes that were made between Spring and Summer Splits, the team was expected to show more growth. Instead, after a brief hot stretch early in the summer, things went back to the way they were before as the team crashed to the bottom of the league table.

On its face, that looks like an easy situation to walk away from. But instead, Inero decided that his vision aligned well with Golden Guardians’ management. So he doubled down and signed to be the team’s head coach. That kicked off a rapid series of roster moves that have the Golden Guardians looking a lot different heading into the 2019 season.

We talked with Inero about the process of rebuilding his new team and what fans should expect from his squad in season two. In short? It’s playoffs or nothing for Golden Guardians.

Down the stretch of last season, even as the team’s progress seemed to stagnate, there were still some bright spots. It was clear that the team’s younger players, particularly rookie bot laner Matthew “Deftly” Chen, were becoming the key carries. Deftly was a menace in all sorts of roles, including serving as the team’s “funnel” player. But it was another innovation that caught Inero’s eye.

“[Deftly’s] flexibility was really big for me,” Inero told Dot Esports. “It kind of got memed with the Heimerdinger, but I put a lot of worth into players that can flex their pool to what was really good at the time to give their team an advantage. It’s one of those traits that we needed, to commit time to learning these things and not be selfish to think that ‘I need to play just these champs.'”

Inero believes that Deftly showed flashes of greatness even though the team wasn’t successful around him. And in the team’s wins, he had some true pop-off moments. In a region that’s been largely dominated by two bot laners, Yiliang “Doublelift” Peng of Team Liquid and Zachary “Sneaky” Scuderi of Cloud9, Inero sees something special in Deftly.

“We did a lot of stuff with our own statistics and metrics,” Inero said. “Not any of the traditional things that Riot or anyone else is putting on. It’s been lining up very well with our eye tests—[Deftly] was tracking really high. We wanted a younger core of guys, so it was really important to have someone like him.”

The other young player that the team identified very early on as a key piece was jungler Juan “Contractz” Garcia. Contractz wowed fans with his Ezreal play at season seven Worlds, but last year was not as friendly to him. He struggled with pathing and consistency. Golden Guardians managing director Hunter Leigh called Contractz an “MVP candidate” before the Summer Split, but we never saw that guy.

Inero believed that Contractz just needed a change of scenery. But instead of moving him, the team decided to change the players around him, particularly in the mid lane.

“I think [Contractz] has not necessarily been with the right people that he needs to succeed,” Inero said. “Playing jungler, working with mid laners and supports that you’re able to get along with, and have clear communication with, is really important. Most of the game hinges on how jungle and mid play together. The last iteration of Golden Guardians with [mid laner Son “Mickey” Young-min], with the language barrier, it was tough for them to control the game together.”

Golden Guardians solved that problem by signing star veteran Henrik “Froggen” Hansen. Froggen not only has seen a lot in his playing days, he’s also a strong shotcaller. And while he loves blue buffs, he’s also willing to hold mid waves while the team gets stuff done in the side lanes.

Alone, the Froggen signing had some super enthused just to see him back in action at the LCS level. But there were two big gaps yet to fill.

The Olleh signing was especially interesting. Like Contractz, Inero didn’t feel like he had the right fit last year with Team Liquid. Even though the team dominated all year and won two consecutive LCS titles, it was apparent to the other nine teams and the media that something wasn’t quite right with Liquid’s bot lane.

“[Olleh] didn’t really fit in with [Liquid] and felt a lot more lonely,” Inero said. “It’s not necessarily that team’s fault, but sometimes the fit isn’t there. That can really hinder your performances and growth.”

One of the reasons that the fit is so much better with Golden Guardians is actually because of Deftly. Olleh had a lot of success two seasons ago playing with a young bot laner in Cody Sun on Immortals. Inero thinks that’s the ideal situation for him going forward.

“One of the biggest things [Olleh] wanted was to work with a younger ADC that he could help lead and mold and turn into a better player and to play around how he believes the game should be played,” Inero said. “Knowing we wanted to keep Deftly, that was a great fit. It’s really hard to not get along with him.”

Putting it all together

With three veterans who have championship experience and two younger guys looking to become stars, expectations are definitely raised for Golden Guardians this year. On paper, it looks like a team that wants to heavily prioritize its solo lanes, not unlike Inero’s last team, Echo Fox, did.

That is by design. Inero prefers to build around the solo lanes with mid being the priority and transferring power to top lane. Inero thinks with proper wave control, strong solo lanes that split give teams the most flexibility to control the map and create numbers advantages.

The one-three-one splitpush style is one that almost every LCS team tries to develop, but few master. Last year, the “NARAM” meme was born as it seemed like every LCS game devolved into a mad scramble of five-vs-five mid lane teamfights. To Inero, that just means teams fail to understand how the one-three-one comps he prefers really work.

“A lot of teams find it hard to stay disciplined, especially in North America, if you feel like you’re not getting much,” Inero said “It’s very easy to default to just going mid and shoving that out and going into the jungle to get vision and see if someone will die.”

With Hauntzer and Froggen leading the charge, Golden Guardians should have the tools to stay patient and buck that trend. Not too long ago, Hauntzer was the dominant top laner in the region and Froggen was tremendous late-game insurance. Bringing all these players together is a clear sign that this organization has big plans for 2019.

But that thinking has gotten the better of teams in the past. Even great squads like TSM and Team Liquid have been felled by the weight of living up to big expectations. But Inero isn’t worried.

“My main care is what we’re expecting from ourselves,” he said. “There’s no limit—we have a high opinion of ourselves and feel like we can do a lot with our team. For us, playoffs is something that’s necessary. We put together a team like this, even though it wasn’t a big change in budget, we still got the guys we wanted. I’m focused on playoffs and I’ve got a lot of faith in our team.”