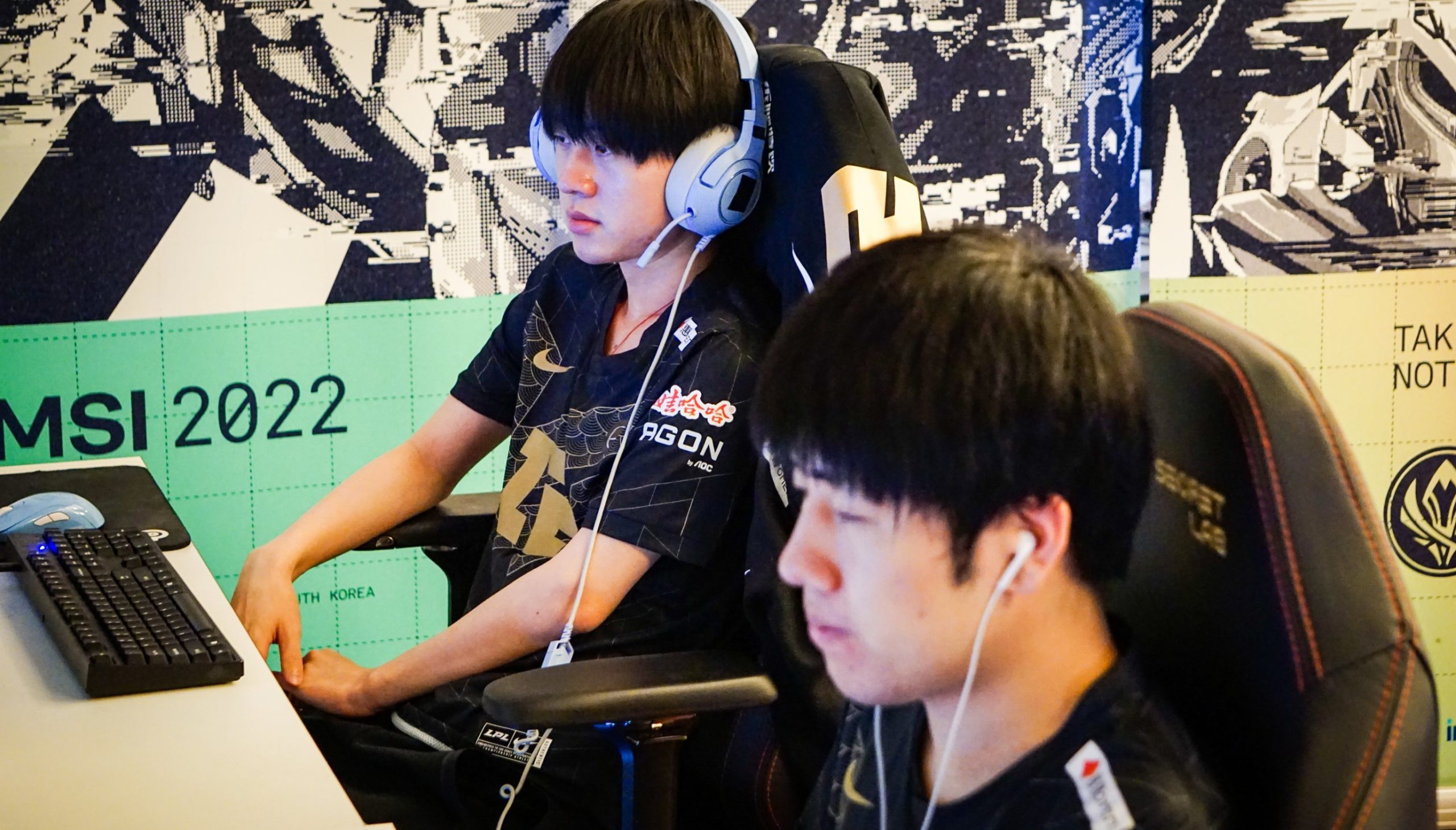 The rumble stage of the 2022 League of Legends Mid-Season Invitational has been full of surprises, and today added another shocking result to the mix. Royal Never Give Up, from China’s LPL, gave T1, the Korean representatives, yet another defeat in the rumble stage to push them further down in the tournament standings, marking the LCK team’s second defeat in the competition.

Though undefeated in the group stages, both teams lost to European LEC representatives G2 Esports on the first day of the rumble stage. After winning their initial games on the second day, the event was set for either team to beat their arch-nemesis regions. Historically, T1 have had the upper hand in these exchanges, but RNG defied that expectation.

Today’s match saw T1 soar up to a fantastic start with Zeus securing the first blood onto enemy top laner Bin. The Korean team had an early advantage in the game, but RNG kept punishing their opponents’ mistakes to stay relevant in the match. At the 20-minute mark, T1 had a 1600 gold difference, which continued throughout the mid game. RNG, however, always found a play to mitigate that gold difference and sneak off critical objectives on the map. In the end, GALA’s Kai’Sa pick excelled on the Rift and secured a quadra kill on the T1 squad to crack the enemy’s Nexus.

GALA ended the match deathless and with a stunning KDA of 12/0/6 on his signature Kai’Sa pick, with which he secured a pentakill in the group stages of MSI 2022. It was his second time using the champion in the tournament, and he hasn’t lost a game with the Daughter of the Void at MSI 2022 so far. He didn’t pick the champion in the LPL Spring Split 2022, however, according to stats site Game of Legends.

RNG will face Saigon Buffalo, the VCS representatives, to continue their climb to the top tomorrow. T1, on the other hand, will face the LCS’ Evil Geniuses and hope to come back to winning ways at MSI 2022.