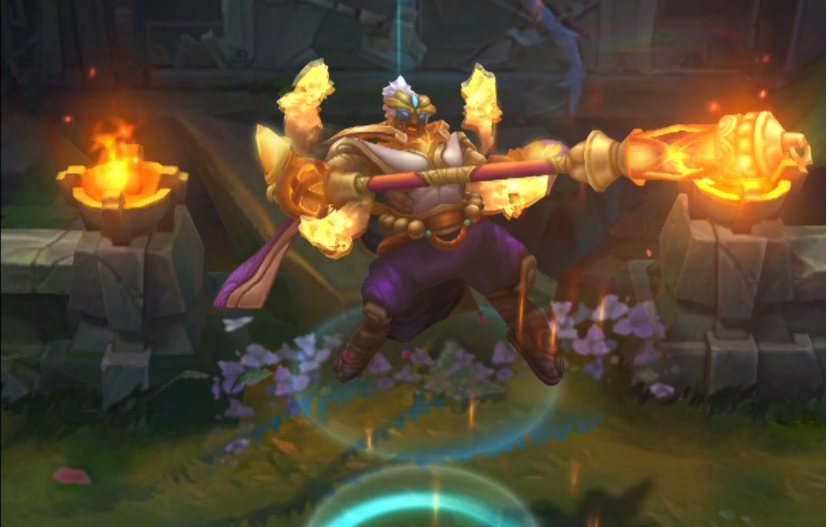 It’s only been eight months since God Fist Lee Sin graced Summoner’s Rift with his divinity, but God Fist Jax is on the way to contest him, according to a teaser video published on Riot’s social media pages.

The skin looks just as cool as God Fist Lee Sin, and features all new animations, golden godlike colors, and all-around badassery. Lee Sin’s god skin is considered a Legendary skin, and it costs 1,820 RP, so we can assume Jax’s will cost the same.

Lee Sin’s skin was also released with its own mini-event, complete with a new animated short, wards, icons, a short story, and more, and we’ll be a little disappointed if Jax’s divinity isn’t treated with the same party favors, or at least something similar.

Jax’s last skin was Warden Jax in 2015, and it was released in tandem with Warden Karma and the Marauder skin set for Olaf and Alistar. Since then, Jax fans have been itching for a new skin. If this god skin holds a candle up to God Fist Lee Sin, this is probably the best they could have hoped for.