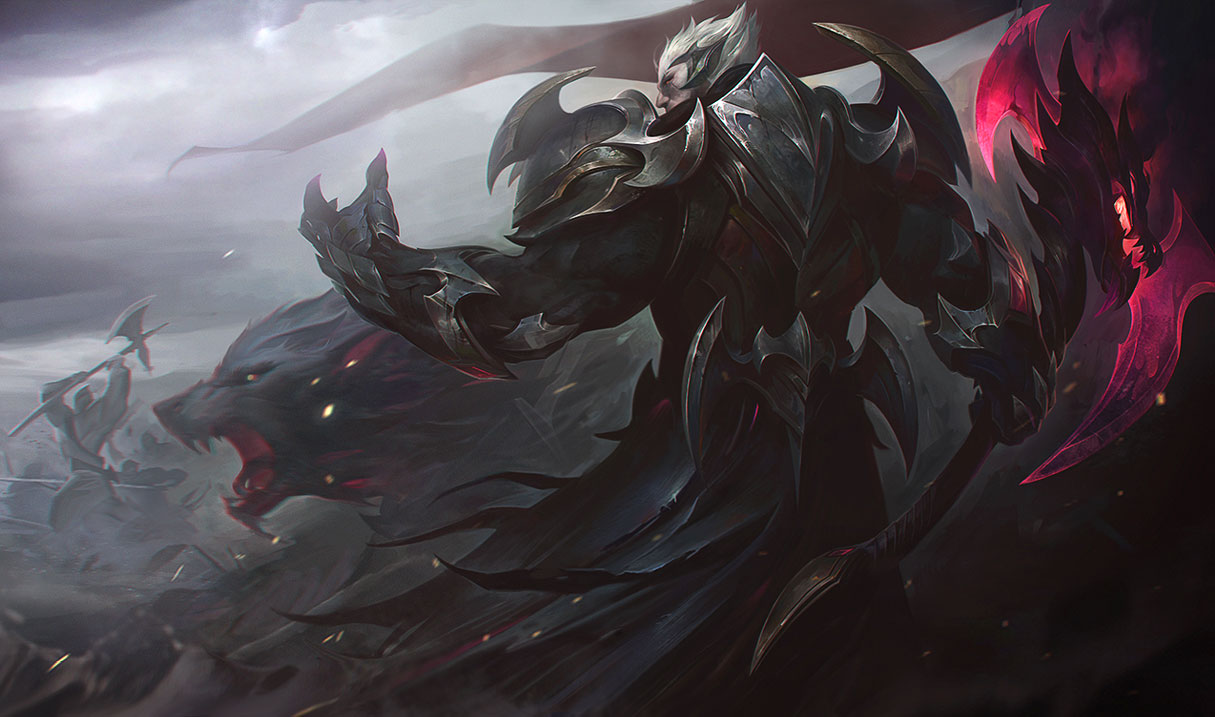 God King Darius and Garen are probably the most badass skins either champion has received in years, and they even come with their own League of Legends event.

Both God King skins are part of this year’s VS event, similar to last year’s event that centered around Dawnbringer Riven and Nightbringer Yasuo. Just like last year’s event, the theme is based on Darius and Garen’s new skins—freedom and order. You’ll have to complete missions for each side, and you’ll be rewarded with tons of sweet, sweet loot.

VS has its own sort of alternate universe lore centered on the skins themselves. This year, Garen rules over his people and worshippers with total control over their lives, but in exchange, he offers them peace and prosperity. Darius’ followers accept the dangers of the world as the price to pay for true freedom, and they fight to abolish any sort of totalitarian leadership.

The missions will center around this theme, and you’ll be rewarded with event tokens for completing them. After you’ve amassed some tokens, you can spend them in the client’s Loot section on a number of prizes, including loading screen borders, an emote, icons, and orbs that contain a number of other rewards.

Just like last year, you’ll pick a side, and your missions and rewards will focus on whichever one you select. The side that has more completed missions by the event’s end will likely get an exclusive shop item or icon of some kind, akin to Yasuo’s winning side in last year’s event.

You’ll still be able to purchase both skins after the event ends on July 11.