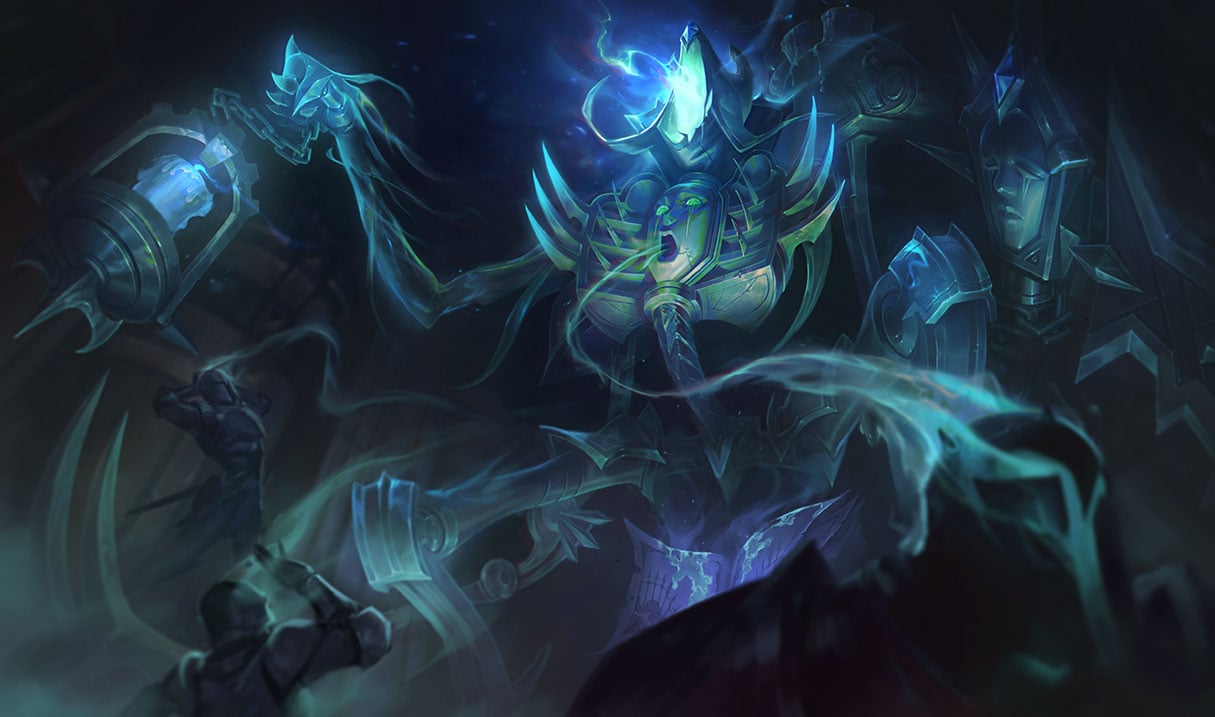 As many League of Legends fans know, the reworked Fiddlesticks has been terrorizing Summoner’s Rift for about a week. But one talented illustrator has created a fan-made skin that turns the scarecrow into another terrifying world eater with this Dark Star Fiddlesticks concept.

Fiddlesticks is already scary to begin with, but this redesign makes him look ready to absorb any living creature into the unknown. Artist Slown Damn changed his entire body to reflect the classic Dark Star aesthetic, covered in an ominous purple glow with a purple and gold scythe to cut down his prey.

His Bountiful Harvest ability has been changed as well. Since his head has been replaced with an actual black hole, it makes sense that he’d pull in anything that gets close, including the life force of his poor victims. It’s a brilliant connection made that fits the theme of both the Event Horizon skin universe and Fiddlesticks’ abilities.

His ultimate is similar in that he summons several celestial bodies and planets that are crumbling under the weight of the black hole in his head. As they spin around him and are slowly absorbed, any enemies caught in the fray are also damaged—you’d better get out of his gravitational pull or you’ll be lost among the dark cosmos forever.

The artist received a ton of praise from the League community, with many people saying that it looked like an official illustration from Riot Games. One person said that the head looked a bit too similar to Shaco, but other than that, the skills look incredible.

Although we might not see this skin in the game any time soon, fans can hope that a Riot employee sees this skin and decides to make a variant of it in the future.