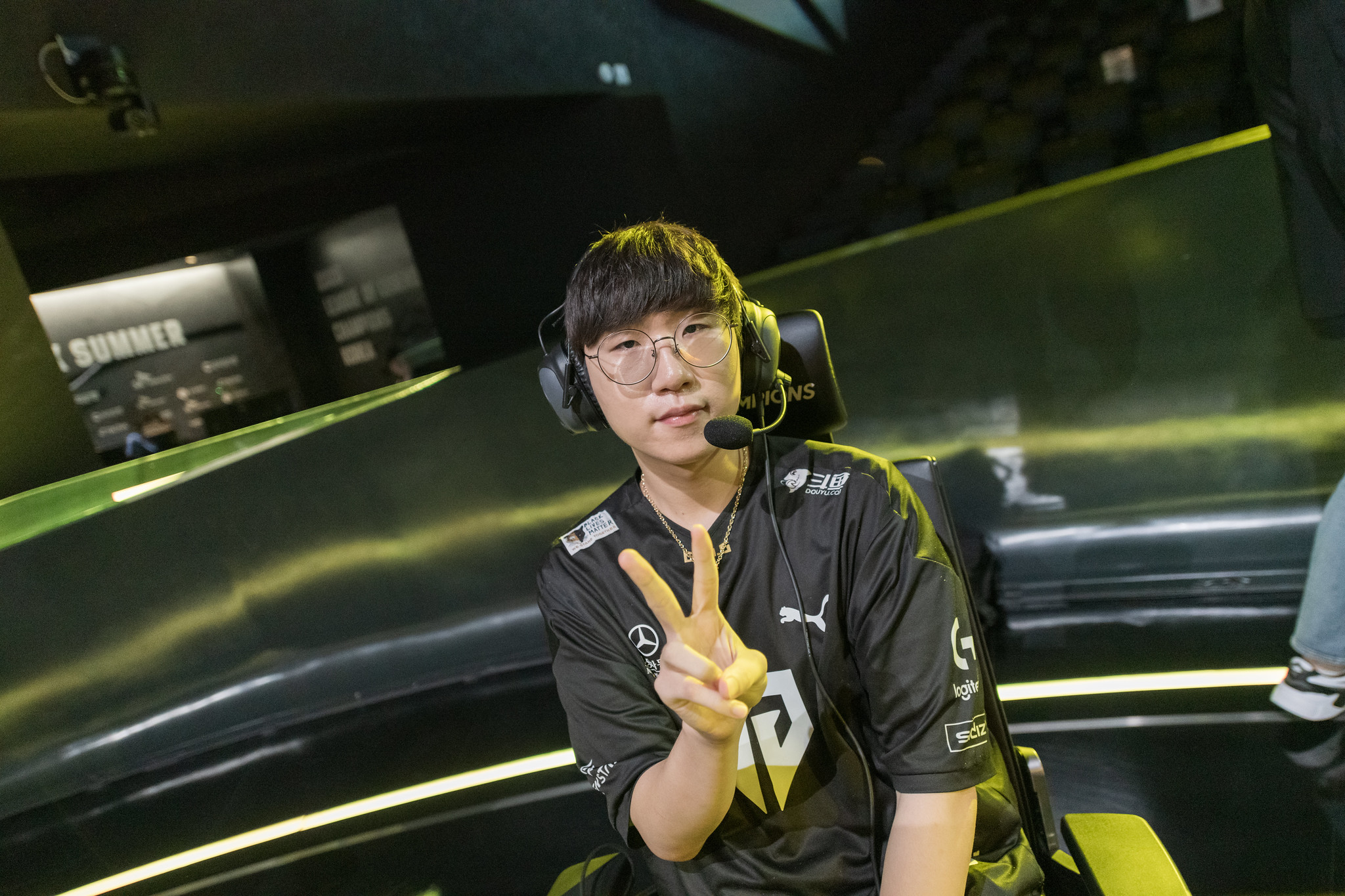 Gen.G are staking their claim for the LCK trophy early in the 2021 Spring Split. After picking up a 2-1 victory over T1 today, they’re the only undefeated team left at the top of the standings.

This League of Legends series didn’t start off in Gen.G’s favor, though. T1 snowballed an early bottom lane gank by Ellim into a clean victory. Much of Gen.G’s weakness in game one came from a lack of peel for Ruler on Kai’Sa. Rascal’s Camille was the only real source of protection for the two damage carries after Life was put so far behind in lane.

Rell’s lack of escape tools means that once she’s put behind in lane, her engage power almost always results in death for the Iron Maiden. T1 were able to funnel their resources into Gumayusi’s MVP-winning Aphelios for a quick, dominant victory that left Gen.G reeling.

The team kept their wits about them, though, and the series saw Ruler revert back to his classic Kalista pick for games two and three. The Spear of Vengeance hasn’t had much presence in the global meta so far in season 11, but Ruler proved that he continues to be one of the LCK’s strongest bot laners with a combined KDA of 9/1/15 on Kalista in the series.

The MVP in both of Gen.G’s victories today went to support Life. A disappointing Rell performance in game one was flipped on its head in game three. A superb engage by Life allowed Gen.G to stroll into T1’s base for the final victory. Riot’s newest support has seen mixed success in the global meta, but Gen.G showed how strong she can be when drafted alongside a high-mobility ADC like Kalista, who gives Rell the freedom to engage without having to worry about peeling for her bot lane partner.

Today’s victory secures Gen.G the top spot in the LCK, at least for now. Despite attending Worlds on behalf of the LCK in 2020, the team made it out of the group stage in first place only to be quickly sent home in a 3-0 sweep by G2. After a disappointing end to 2020, an undefeated opening to the LCK Spring Split could mark a long-awaited turnaround for the roster.

Gen.G will try to keep their win streak alive in their next match against Hanhwa Life Esports on Jan. 23.