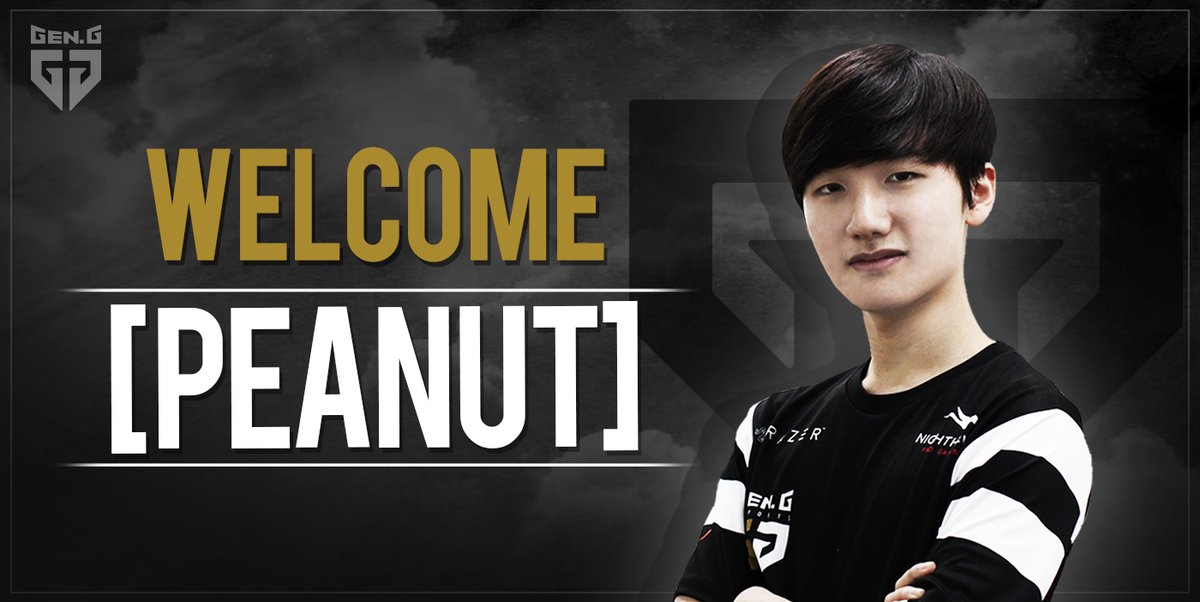 “[The] biggest reason for joining Gen.G is that I wanted to stay and play in LCK,” Peanut said in Gen.G’s announcement video. “Secondly, I really liked Gen.G esports’ vision, goal team members, and its welfare. Because [Gen.G] never won in LCK, my short term goal is to win LCK. As a long term goal, of course, I want to win Worlds.”

Last Monday, Peanut, alongside the rest of KINGZONE’s 2018 starting lineup, announced he would be entering free agency. Following his departure from KINGZONE, Peanut received many offers from teams all around the world.

According to INVEN Global, Peanut was “offered a million dollar salary with other various benefits.” But Peanut turned down those offers, deciding to remain in the LCK and join Gen.G. While no exact number has been released, Peanut has the highest salary of any LCK jungler, according to the same INVEN Global report.

Making his LCK debut in 2015 with Najin e-mFire, Peanut made a name for himself after joining the ROX Tigers in 2016, where he won his first LCK title. Since his time on ROX Tigers, Peanut has played for SK Telecom T1 and KINGZONE, winning LCK titles with both of the aforementioned teams.