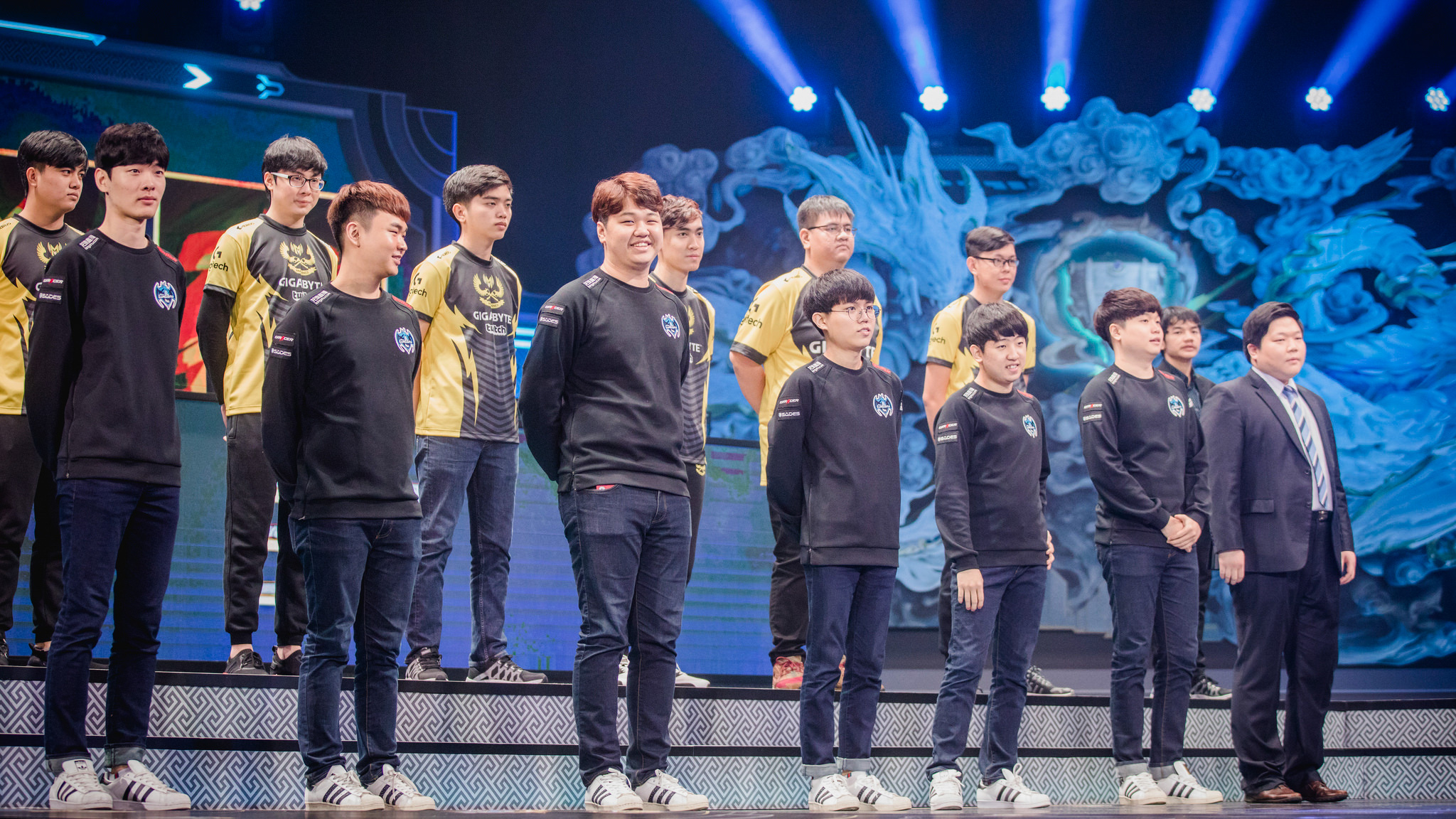 The South Koreans dominated the first day of the 2017 League of Legends World Championship.

All three LCK teams—SK Telecom T1, Longzhu Gaming, and Samsung Galaxy—finished quickly, proving that once again, the trophy will go through one of them. But curiously, the talk of the first day wasn’t about any of the three teams and how great they looked. Instead, the story of groups has been GIGABYTE Marines—the precocious team from Vietnam that continue to punch above their weight.

GIGABYTE pulled out a novel strategy in their opening match against Fnatic, throwing in a lane swap and early pathing that put everything on jungler Đỗ “Levi” Duy Khánh. Playing Nocturne, Levi eventually became the highest leveled player on the map, throwing a wrench into all of Fnatic’s plans.

But now GIGABYTE will have to try to do the same against Longzhu, one of those Korean squads that looked so dominant. And while this is a massive mismatch on paper, hope is not lost for the Viet side. Longzhu ceded a gold deficit in their game against NA’s Immortals before turning on the jets.

What can GIGABYTE do to finish the upset?

Bringing out the crazy

In a now-deleted Facebook post, GIGABYTE manager Duy Thanh Dương Nguyễn posted about the team’s opening day. He said the Team WE coach was very friendly, and in their conversation, he mentioned that the Marines had something special planned for Longzhu—something nobody’s seen.

Consider our interest piqued. After all, nobody expected them to lane swap against Fnatic, a team that innovated lane swaps last season. Or for top laner Trần “Archie” Minh Nhựt to serve as Levi’s personal leasher, following the jungler through his early clear and getting him that level advantage.

What more could GIGABYTE have in mind? Double Ardent Censer, with Ezreal jungle, Tristana ADC, and Archie building Spirit Visage? Crazy invades into the Longzhu jungle? An even wilder lane swap?

Whatever it is, we’re excited to see it. GIGABYTE have made fans around the world by playing their mad style. It’s fun when it works, like last night, and even fun when it doesn’t, like in their MSI loss to SKT.

Longzhu need to rely on their fundamentals

Longzhu will have to play careful and set down early vision for GIGABYTE’s shenanigans. The duo lane of Kim “PraY” Jong-in and Kang “GorillA” Beom-hyeon was abused by Immortals, suffering several deaths as Immortals camped that side of the map. It didn’t end up mattering, as Longzhu took map control behind star top laner Kim “Khan” Dong-ha, but it is a concern if the normally excellent duo lane isn’t performing.

Longzhu may also need more from rookie jungler Moon “Cuzz” Woo-chan. Cuzz was a non-factor early against Immortals. He took Kha’Zix against Jake “Xmithie” Puchero’s Ezreal but wasted a lot of time sitting in jungle bushes, hoping to ambush his foe. Cuzz doesn’t normally like to spend a lot of time around his lanes in the early game, but he may need to against GIGABYTE to turn their four or five-man engages.

Beyond that, Longzhu should just play their game. They are miles better than GAM, and shouldn’t have issues as long as they don’t throw. Perhaps the most dangerous thing could be if Longzhu get in their own heads thinking something crazy is coming their way. Sometimes, the most effective weapon is fear of the unknown.

We’ll see what happens when these two face off on Oct. 6 at 6am ET/5am CT.