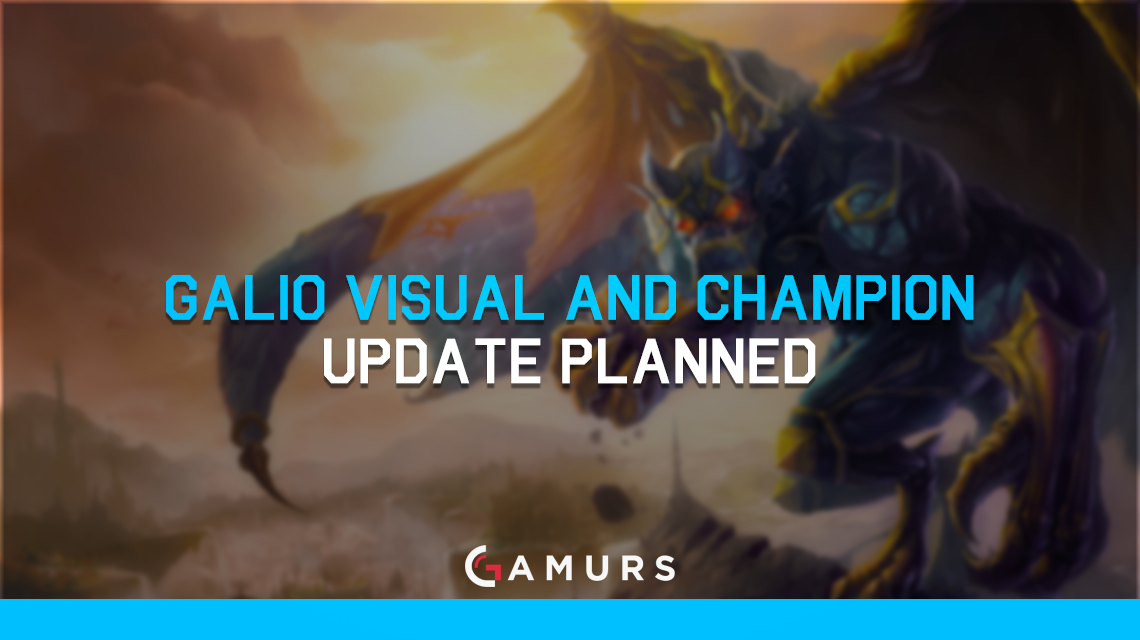 After Warwick’s update, which is the champion next up to receive a rework following the highly controversial Assassin pre-season update that we reported on here, Galio is apparently the next champion to take the rework stage if the original document is anything to go by.

Whether or not people expected to see a Galio update, especially after SK Telecom T1 mid-laner Lee “Faker” Sang-hyeok was seen playing it in the recent KeSpa Cup in the LCK, is to be decided. A lot of people are still openly awaiting updates for characters like NuNu and Amumu, just to name a few, even if only minor changes are needed.

To stay relevant in a changing metagame, I hope to see Galio keep some of his kit and not see an overall change similar to what happened to Yorick in order to keep a bit of the character’s identity in the long run.

How do you think Galio should be changed? Let us know by commenting below or tweeting us @GAMURScom.