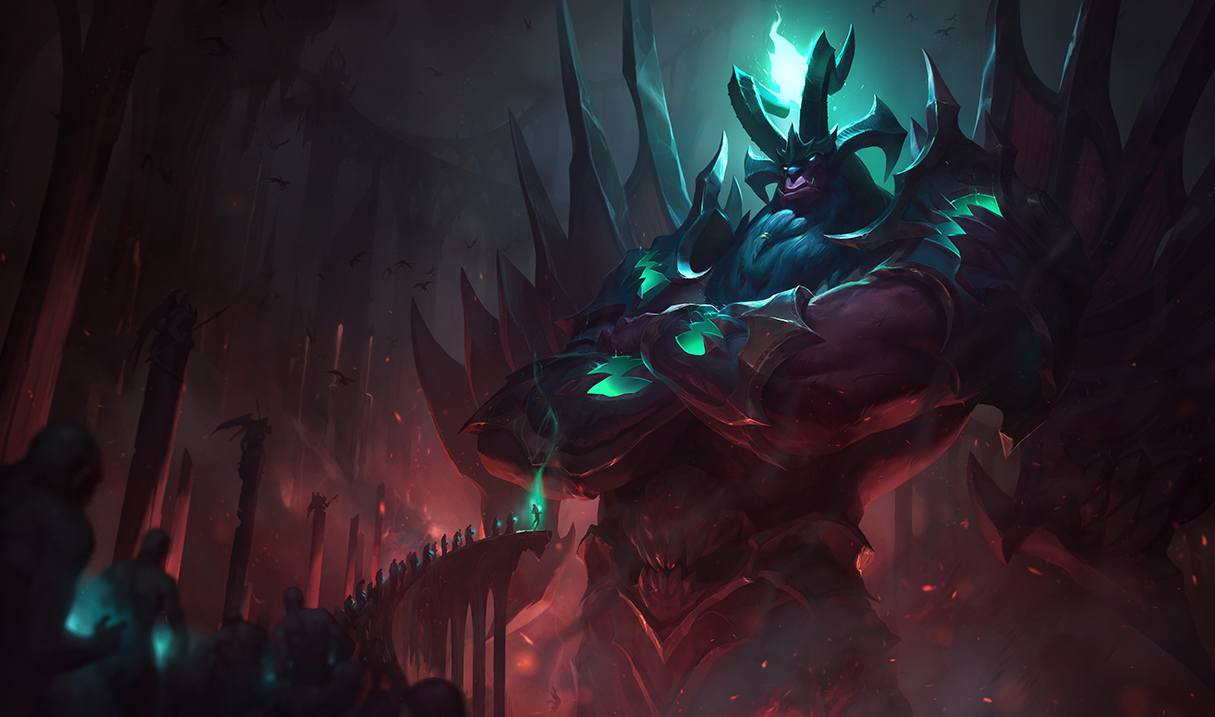 Patch 7.21 arrived today, and Galio has become an absolute monster.

The changes sprinkled all throughout Galio’s kit aimed to lower his power on the pro stage, in a controlled and coordinated team environment, while simultaneously boosting his solo queue power through laning. The base damage was lowered on almost all of his abilities, and the defensive capabilities of his taunt were lowered. To compensate, the AP ratio on nearly all of his damaging abilities was cranked up, and the result is terrifying.

We predicted that these changes would be enough to convert Galio from a tank into a burst mage, and it turns out we were right—and then some. He now benefits from AP so much that he’s being built and played as an AP assassin, with full blast AP items from start to finish.

In this montage, League of Legends YouTube personality Vandiril showcases what full AP Galio can do. Sure, he’s often four or more levels up on his opponents, and most of these games were probably custom games specifically designed to show off these absurd numbers, but it’s shockingly not too different from reality. No, you can’t one-shot people with only a Q, but you can take off about half their health pool.

The big question that players should be asking is this—does this make Galio a failure of a champion? He was originally designed to be a mage-smashing tank upon his rework last spring, or at least an AP bruiser of sorts, so transforming into a full blast AP assassin is obviously quite a bit away from his design goal. Thematically speaking, this isn’t what Galio was meant to be, so it seems as though he’s currently not the shining exemplar of a design success.

That being said, it’s safe to assume that Riot may revert some of these changes, or at least tweak them so that they’re not so extreme. Boosting his laning power was the right call, but it was boosted way too much, and his defensive utility wasn’t nerfed nearly enough to make up for it.

When Janna was overtuned in the last patch, a hotfix was immediately implemented to bring her back down to earth, so keep your eyes open for a hotfix heading Galio’s way over the next couple of days.