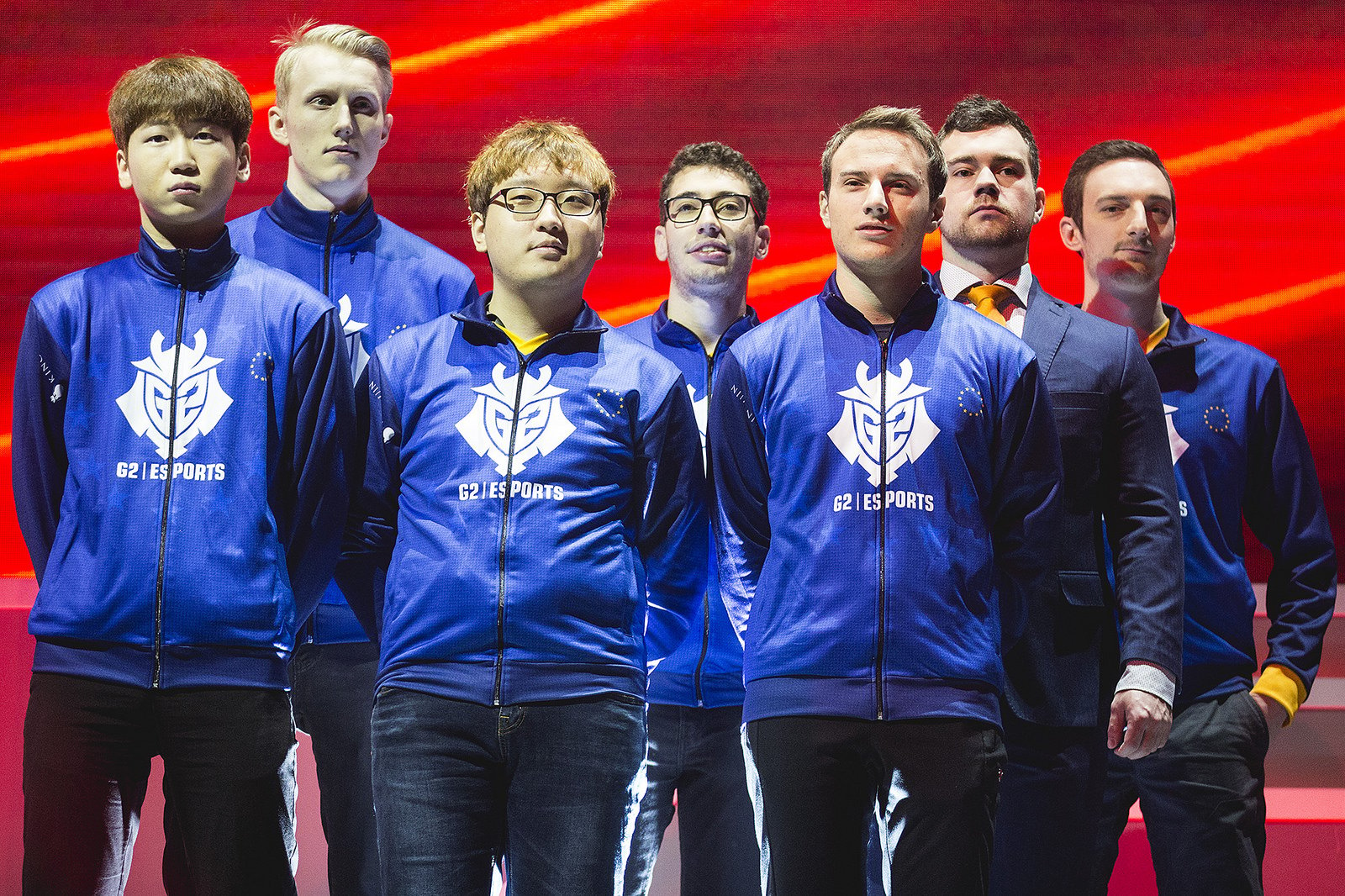 Europe was guaranteed a spot in the League semifinals at IEM Katowice, with G2 Esports facing Unicorns of Love in Saturday’s elimination matches and H2K-Gaming already through. The question was if G2’s struggles in international competition would continue, even against a fellow EU LCS squad.

In the end G2 silenced some critics and proved their superiority on European soil, dispatching the Unicorns 2-0.

The team will feel good about making it out of the group stage on their third international attempt. But despite the sweep, things weren’t always pretty. Both teams made major mistakes—G2’s just made fewer errors and capitalized more on missteps from UOL.

That doesn’t mean that G2 didn’t make good plays. They started game one with a five-man invade of UOL’s top jungle and flashing in for kills. UOL disrespected their opponents by not counter-flashing and G2 gladly traded a couple of flashes for a couple of kills and big leads for their solo laners. G2 would utilize that advantage to shove hard and roam around the map.

Facing a huge deficit, UOL fell back on their strength in team fights and started to turn things. A teleport play in the mid lane led to a bevy of kills and a free Baron. But G2’s shoving lanes slowed down the Baron push and Unicorns grew impatient. They overextended in the bot lane for just a tier one turret, allowing G2 to flank with the Ryze ult. Crucially UOL were without Tamás “Vizicsacsi” Kiss’ Maokai, making the game-ending teamfight easy for G2.

Having received a good performance from Luka “PerkZ” Perkovic on Ryze, G2 made the aggressive move of blind-picking Zed for him in game two. To get him ahead they camped another bush, this time in the bottom lane.

Just like game one, G2 took a huge lead as Perkz looked unstoppable—and in another repeat, they almost threw it all away. An early Baron went nowhere as G2 gave up a bunch of kills and UOL took down the first inhibitor of the game. G2 once again didn’t look prepared for UOL’s teamfights when all five Unicorns members were grouped. Of course, that’s when UOL started throwing by trying to take a Baron with a dearth of vision.

G2 punished that mistake with a Baron and finally won a teamfight as Vizicsacsi attempted an ill-advised teleport right to the middle of the enemy team. G2 won, but will have to clean up a lot before facing ROX Tigers in the semifinals in a few days.

In the earlier elimination match, H2K defeated Hong Kong Esports via strong lane play. Of course, as an LCS team, they gave a way game one by throwing a couple times at Baron, but this really wasn’t a big test for them. Their challenge will be taking down a Flash Wolves team that features extremely potent mid and jungle play.

Though both G2 and H2k have made it through to represent Europe in the final four, they will be underdogs in the race for the final. G2 and H2k both lost to the other semifinalists and group winners, Flash Wolves and ROX Tigers respectively. The teams will swap partners for the semifinals as the IEM Katowice League of Legends tournament wraps up tomorrow.