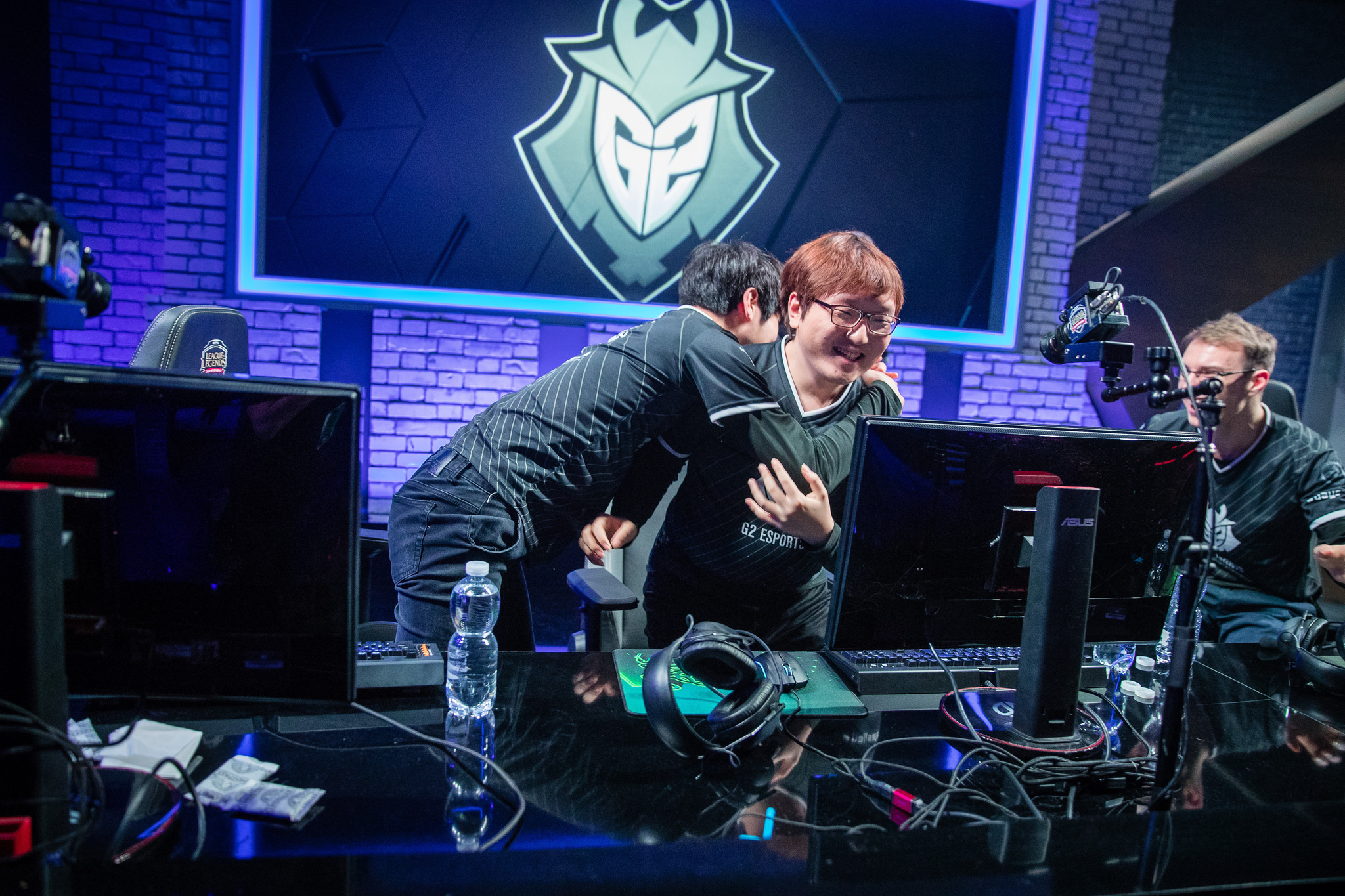 Day two of IEM Katowice has ended, and Europe is still alive. Flash Wolves continued their dominance over European sides, sweeping Unicorns of Love to advance to the tournament playoffs out of Group B. G2 Esports survived a three-game series against Kongdoo Monster, setting up a fight against their European brethren to determine Group B’s second playoff team.

HKE’s Lam “Gear” Kwok Wa led the charge from the mid lane in game one, putting up a dominant 12/2/4 performance on Syndra and completely shutting down Mykhailo “Kira” Harmash. HKE comfortably took game one just before the 36-minute mark.

Game two was another win for HKE, and this one was even more dominant. By the 28-minute mark, HKE aced M19 and held almost a 16,000 gold lead. Ending the match three minutes later, HKE never allowed M19 to get a tower kill and handily took the series victory.

In a slugfest, Flash Wolves took game one of this series by dominating objective control, taking both the Elder Dragon and the Baron before their final push into UoL’s base after 48 minutes of play.

Game two was closer than the first, but Flash Wolves still dominated objectives, taking 11 towers to UoL’s three. The top dogs from the LMS continued to show their dominance, taking down another one of Europe’s top squads and advancing to the tournament playoffs.

Returning to form after a dismal first day of play, G2 easily took control of game one against Kongdoo. The team was firing on all cylinders, and took the first game of the series comfortably in just over 31 minutes.

Game two was a different story. G2 allowed LeBlanc to get through the ban phase, and Kongdoo seized the opportunity to draft this mid lane powerhouse. Lee “Edge” Ho-seong had a 7/0/2 performance on the champion, participating in 100 percent of his team’s kills and earning the majority for himself. In just over 27 minutes, G2 learned why LeBlanc still has a 100 percent pick and ban rate in Korea.

A close game three didn’t tilt completely in G2’s favor until just a few minutes before the end of the game, when the team secured the Baron. With it, G2 pushed into Kongdoo’s base, aced the squad, and won the game in just over 29 minutes.

All times are PST – As there are no games tomorrow, these games take place on Saturday, Feb. 25