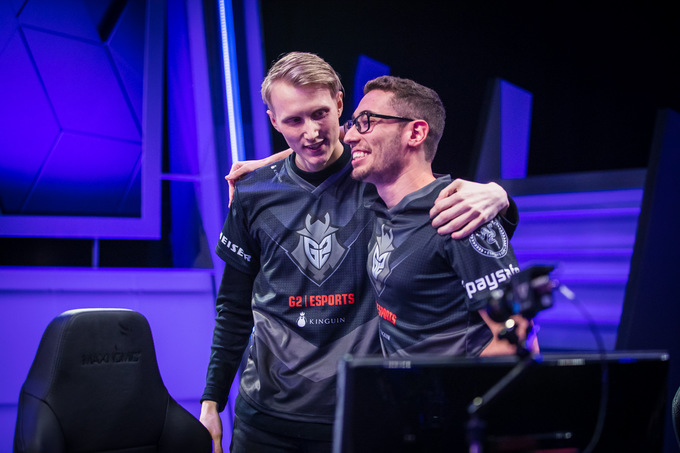 After the second week of the EU LCS three teams remain undefeated, while two of last split’s top teams stay rooted to the bottom of the ladder.

G2 Esports continue to find themselves occupying the top spot, though their three match winning streak was broken with a 1-1 draw against Roccat this week. A 2-0 win against Splyce puts them two points clear at the top with a 3-1-0 record.

At the other end of the table, Origen capped off a difficult week with a pair of draws against Team Vitality and Schalke 04 to claim their first points of the season. But after two losses last week the team finds themselves bottom of the table with just two points. The team played this week with founder Enrique “xPeke” Cedeño Martínez making his first appearance at AD carry after the removal of Konstantinos “FORG1VEN” Tzortziou from the lineup due to ‘motivation’ issues.

Just behind G2 are H2k-Gaming, who rebounded from last week’s pair of draws to defeat Giants Gaming and Fnatic to claim the full six points on offer.

The only other remaining undefeated team is Roccat, but with three draws they find themselves in fourth place, behind Fnatic. The team did record their first win of the season however, defeating one of the Spring split’s top finishers Vitality.

That loss to Roccat was another disappointing result for Vitality, who are one of two teams left without a win. The team has drawn against Splyce, Fnatic, and Origen to claim just three points.