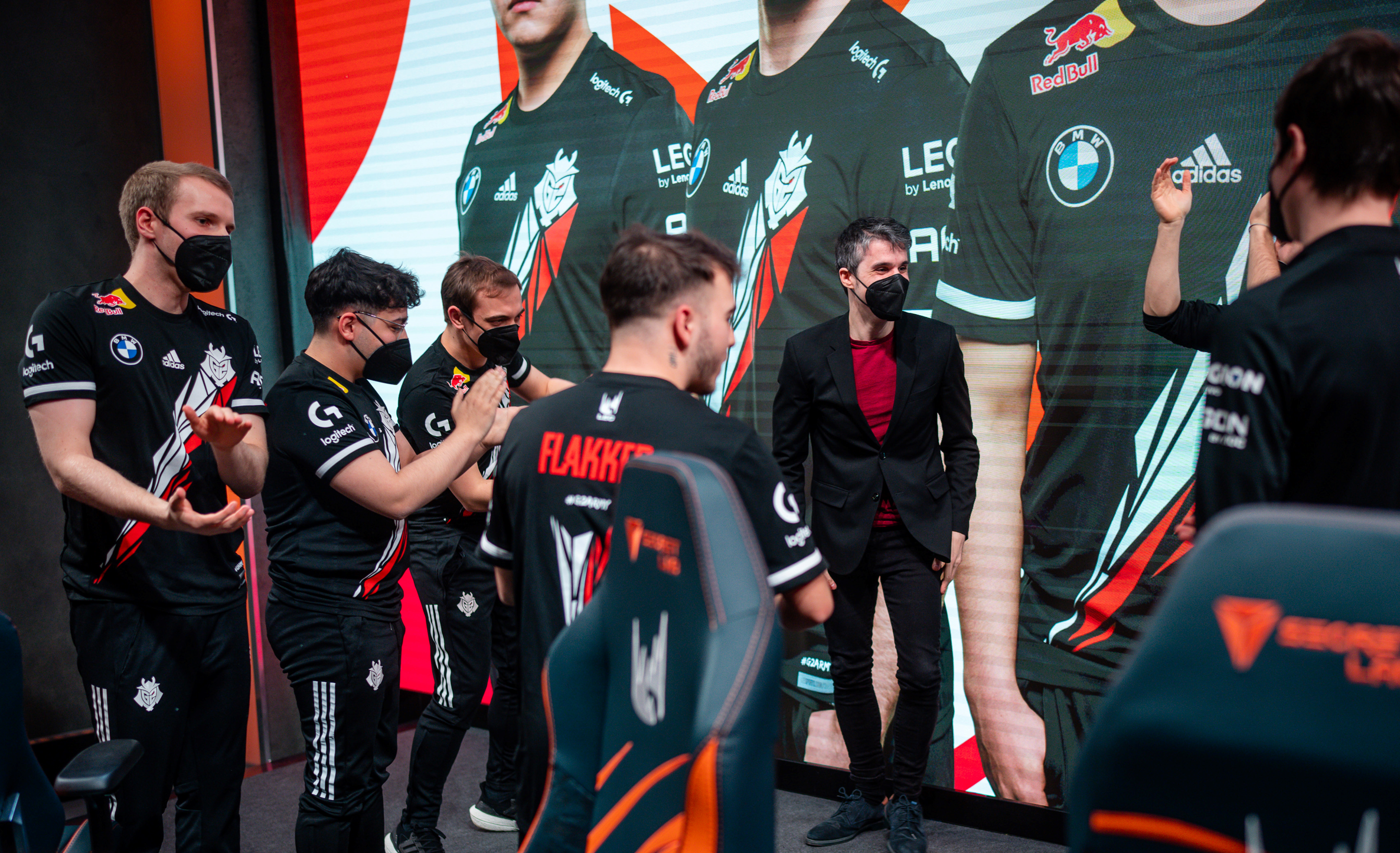 G2 Esports demolished Vitality in the last Match of the Week for the LEC Spring Split 2022 regular season. Vitality had to win the match against G2 to lock in a spot at the playoffs, but their opponents were more than prepared to take them down.

In a game that lasted almost 40 minutes, G2 claimed another victory and secured a spot in the top four of the Spring Split Playoffs. The victorious team started the game strong, claiming first blood on an overextended Labrov. Even if G2’s proactive actions put them in a kill advantage over their opponents, Vitality had the gold lead on their side, maintaining the advantage for almost 15 minutes.

However, the gap was quickly erased thanks to a good jungling path from Jankos and solo kills in the top lane from BrokenBlade. Both teams maintained their head high and took one tower each, G2 in the bot lane and Vitality in the top. The Samurais pushed through Vitality’s defenses with BrokenBlade claiming another solo kill and Caps recalling with a 3/0 score. Right after the 20-minute mark, G2 were ahead of Vitality by 5,000 gold and five kills.

Vitality tried to regain vision control around the neutral objectives, especially the Baron pit, but G2’s slow push and consistent poking pushed Vitality back even further. Due to a peripheral technical issue, the game was paused several times right when the action was reaching its peak. Within a few minutes, however, the match resumed and G2 made their way towards the Baron pit and its team buff. As Vitality spotted them, a teamfight broke out.

G2tore down Vitality piece by piece, chasing away the last two team members. G2 then proceeded towards the Baron, and after taking its buff, also went the mid and top lane inhibitors. At the 35-minute mark, Vitality were behind by 6,000 gold and six kills.

After taking also the Ocean Drake’s soul, G2 claimed the last inhibitor standing in the bot lane while BrokenBlade accompanied their super minions towards the enemy Nexus’ towers. Vitality had to respond and initiated a teamfight that saw them victorious at first, but their indecisiveness gave G2 one moment to clap back and turn the tables of the fight. With only Alphari standing to defend the Nexus, it was a matter of seconds before G2 won the game and postponed Vitality’s chances to make the playoffs. Their playoffs spot now depends on tomorrow’s results.

With this victory, G2 secured their spot in the top four of the regular season, which will grant them a favorable start to the playoffs in a couple of weeks. On the other hand, Vitality have one last chance to make it to the playoffs, which will depend both on their performance against Astralis and on MAD Lions’ performance against Team BDS tomorrow.