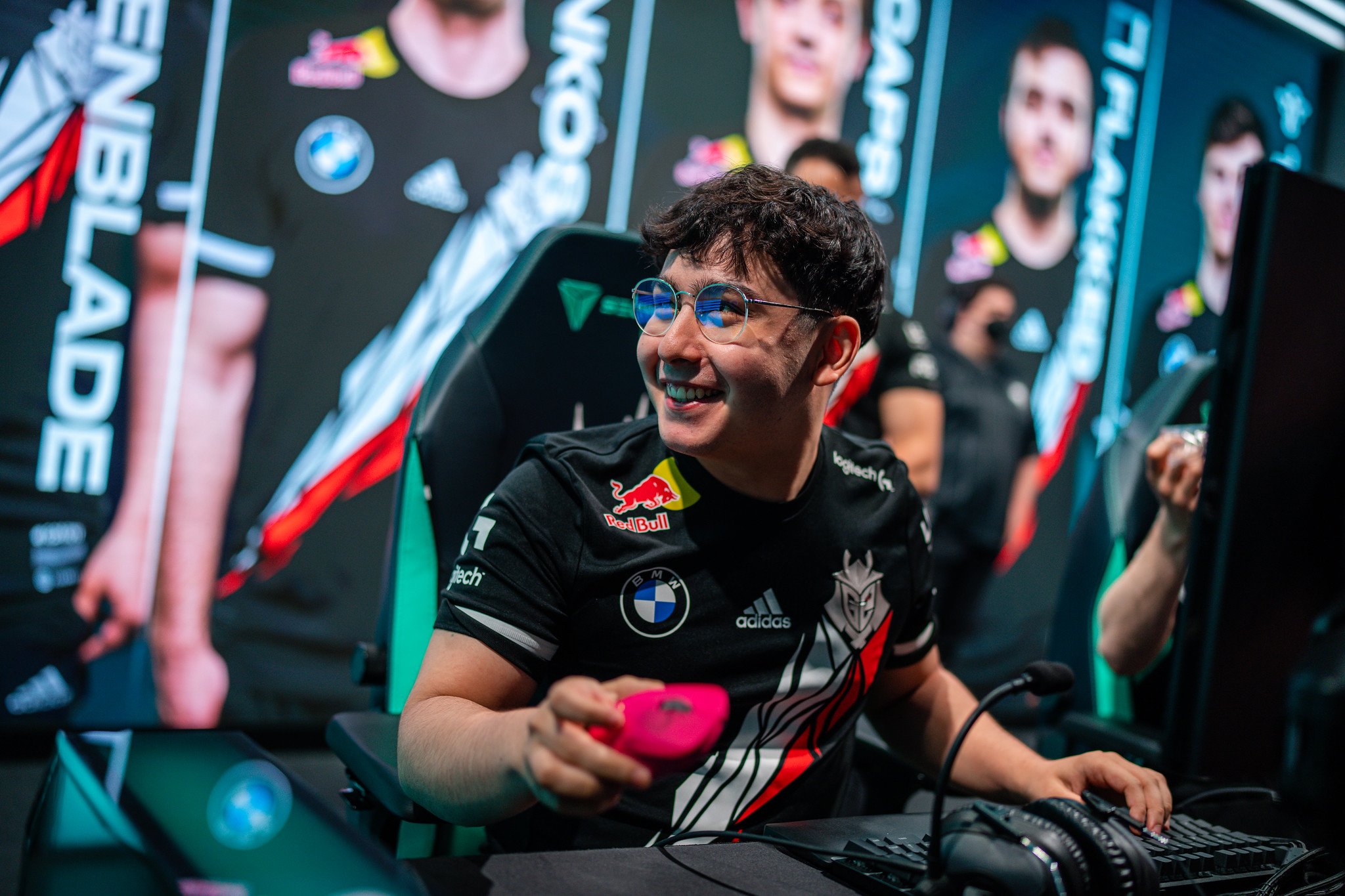 G2 Esports won the Spring Finals rematch against Rogue during the first match of the week of LEC 2022 Summer Split. The current LEC champions ignited the crowd with an exciting team composition that led the present crowd to repeatedly chant, “let’s go G2.”

With the new meta, the focus shifted from early-game aggression to crucial team fights in the mid-to-late game, and the G2 draft aimed at winning those situations. G2 picked what could be considered one of their classic team compositions, which sees Caps on Yasuo and Jankos on Diana, adding BrokenBlade’s Yone to the explosive combination.

According to BrokenBlade in the Post Game Lobby interview, Yasuo and Diana is a combo that “bangs,” and even though G2 struggled in the early game, their opponents had “no chance” during the teamfights.

The early game was balanced, with both teams trading objectives and towers around the map. While G2 focused more on the top side of the map, playing around a leading Yone and picking up Heralds, Rogue pushed the bot lane and picked up two consecutive drakes without being challenged. But the third drake brought up the first difficulties for them. G2 approached the pit, and a fight broke out in which both teams lost two members. Finally, Malrang managed to smite down the objectives while G2 retreated with low health bars.

A few minutes later, the situation repeated itself, but this time it was G2 who picked up the right rhythm and ended the fight with an ace.

Twenty-five minutes in, G2 led in gold, kills, and towers. While pushing all lanes, the LEC champions cornered Rogue and claimed the first Baron buff of the game, allowing them to push the allies’ minion waves further into Rogue’s territory. As Rogue tried to defend their top lane’s tower, G2 melted right through them, thanks to a perfectly executed teamfight, and finished the game swiftly.

The rematch from the Spring Final saw G2 coming up strong into the LEC Summer Split, thanks to exciting drafts that performed exactly as they predicted. On the other hand, Rogue had a rough start to the regular season, having faced both Fnatic and G2 and closing the first two days of the Summer split without a single win. For LEC Summer Split Week 1 to end positively, Rogue must defeat MAD Lions tomorrow at 2pm CT.