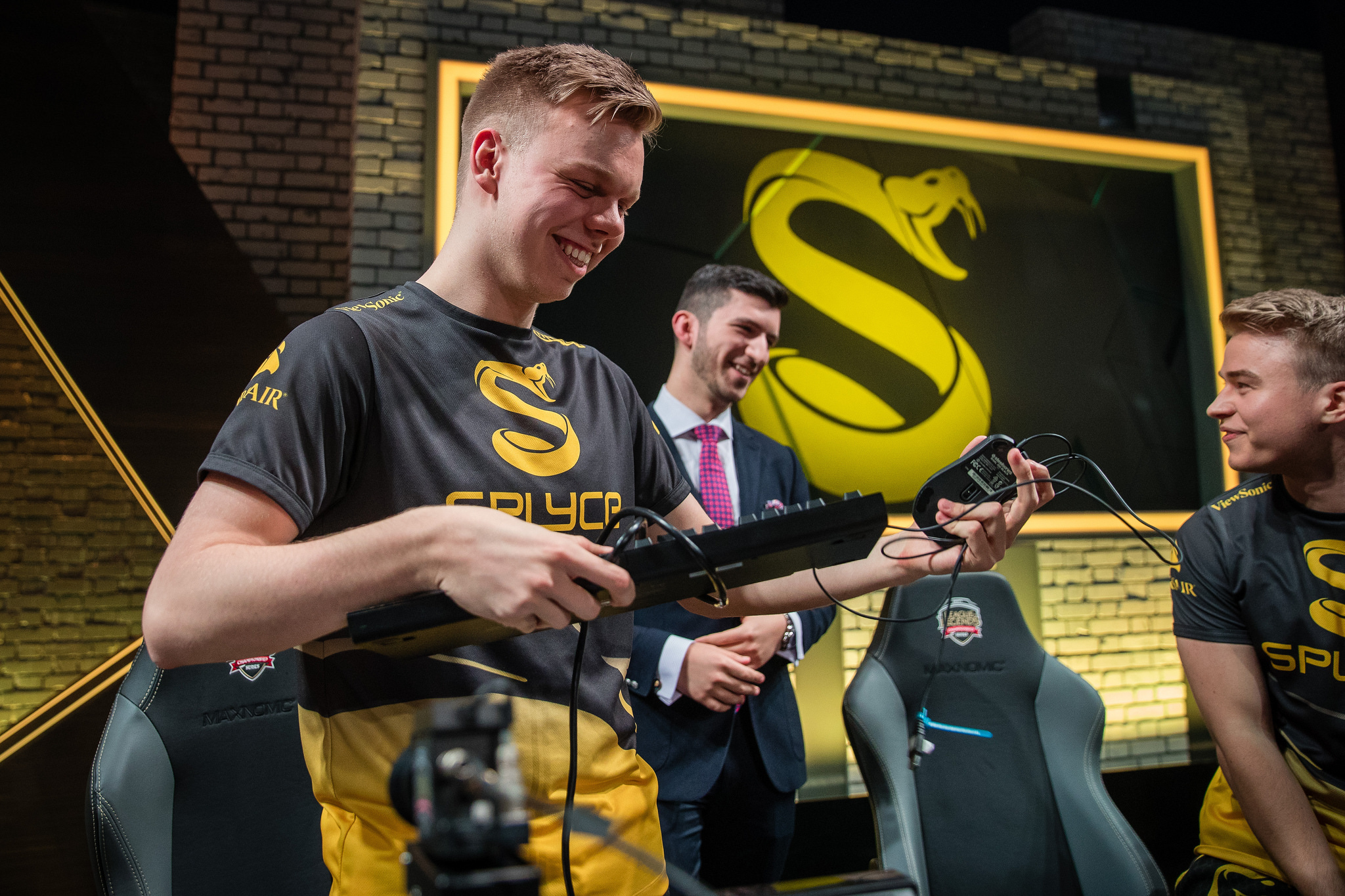 The top team in the league took on one of the bottom-dwellers, and it was not a pretty sight. Vitality actually had a halfway decent early game against the league leaders, pressuring Ki “Expect” Dae-han in the top lane and even earning first blood, effectively trading kills for the first 10 minutes. Ten minutes later, despite being down in kills, G2 had almost full control of the game after dominating objectives. From then on, Vitality never stood a chance. G2 maneuvered around the map as an unstoppable force, taking kills, towers, dragons, and Barons until Vitality had nothing left. In just under 37 minutes, G2 earned an 11,000 gold lead and took game one.

Game two had an interesting draft, as Vitality flexed a Camille pick to the support position, trying to gain an edge anywhere they could. Despite a few questionable plays from Luka “PerkZ” Perković, G2 and Kim “Trick” Gang-yun were in full control for the entirety of game two. Trick dominated Vitality on Nidalee, ganking lanes and taking dragons. This one was no contest, as G2 amassed a 13,000 gold lead and finished off the game in 33 minutes.

Despite giving up first blood, Jonas “Memento” Elmarghichi kept Giants in the game a few minutes later when a four-on-four teamfight ended with a Memento triple kill. Splyce didn’t seem to mind, and took Giants’ bottom tier one tower. Giants made a risky play to go for the Mountain Dragon, and it backfired when Splyce took three towers on rotation and earned a 4,000 gold lead. Splyce won the next teamfight two-for-zero, and took the tier two tower in the mid lane. After taking the bottom lane tier two, Splyce picked a fight around Baron and won two-for-one, but were too low in health to take the objective. Minutes later, Splyce caught out two members of Giants, took the Baron, pushed down the mid lane, and took game one in dominating fashion.

Talon, a pick only seen sparingly in China and Korea so far this season, was picked up by Na “NighT” Gun-woo in the draft, trying to give Giants a surprise edge. If game one was dominant for Splyce, game two was a massacre. NighT did manage to get a couple of early kills onto Jonas “Trashy” Andersen, but Giants never got off the ground. Giants managed to snag a few kills and one Infernal Dragon, but that was it. Olof “Flaxxish” Medin was constantly ganked and kept out of the game, and by the 21-minute mark, Splyce led by 6,000 gold; 3,800 of which was only Martin “Wunder” Hansen’s lead over Flaxxish. Splyce methodically dominated the towers, moving their way up each lane and not allowing Giants to take anything in return. By the 30-minute mark, Giants had nothing left and the game was over.

Can anyone beat G2 Esports this split? Let us know by tweeting us @GAMURScom.