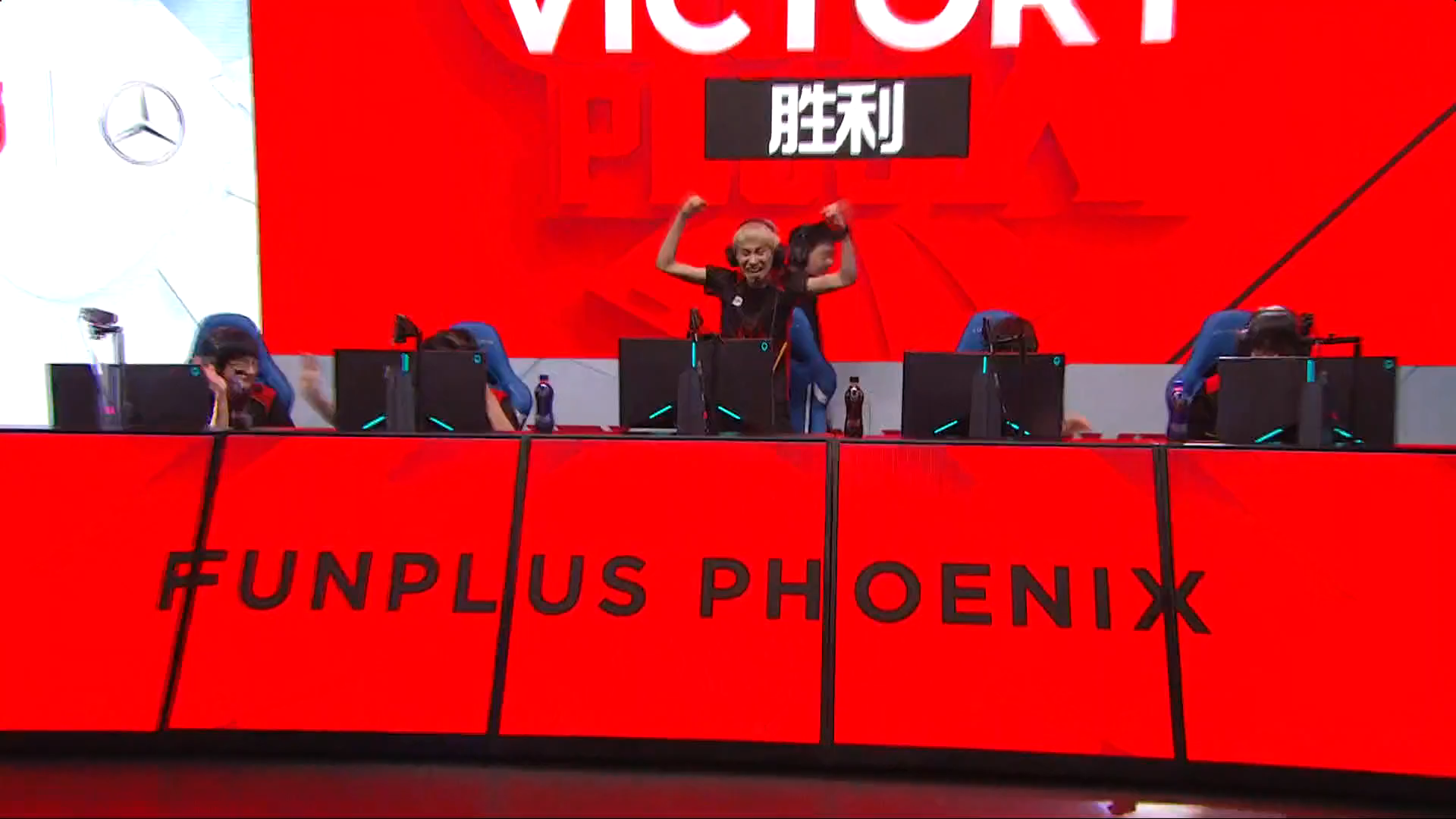 Earlier today, the LPL revealed that the final regular season match of the 2020 League of Legends Summer Split between FunPlus Phoenix and Suning would be delayed after ADC Lin “Lwx” Wei-Xiang showed signs of a high fever.

The world champion ADC had a temperature higher than the venue’s official requirements of 37.3 Celsius. Everyone who came in close contact with him was virus tested, but the test results needed a couple of hours to be processed. For everyone’s safety, the LPL delayed the match.

FPX later announced that substitute top laner Kim “Khan” Dong-ha would fill in for Lwx to give the ADC more rest. The substitution did not violate resident criteria—even though the team would field three Korean players in the top, mid, and ADC roles—since mid laner Doinb had gained resident status earlier in the year.

But despite Khan filling in for Lwx, the top laner stuck to top lane for their matches today. In the first match of the series, Khan picked Jayce for the top lane, while Kim “GimGoon” Han-saem picked Renekton in the mid lane. Doinb rotated bot lane as Karma and Cassiopeia in the first two matches of the series.

LPL fans can catch FPX in action now in the final series of the 2020 LPL Summer Split regular season. Suning took the first game, leaving the world champions needing a reverse sweep if they want to win the series.