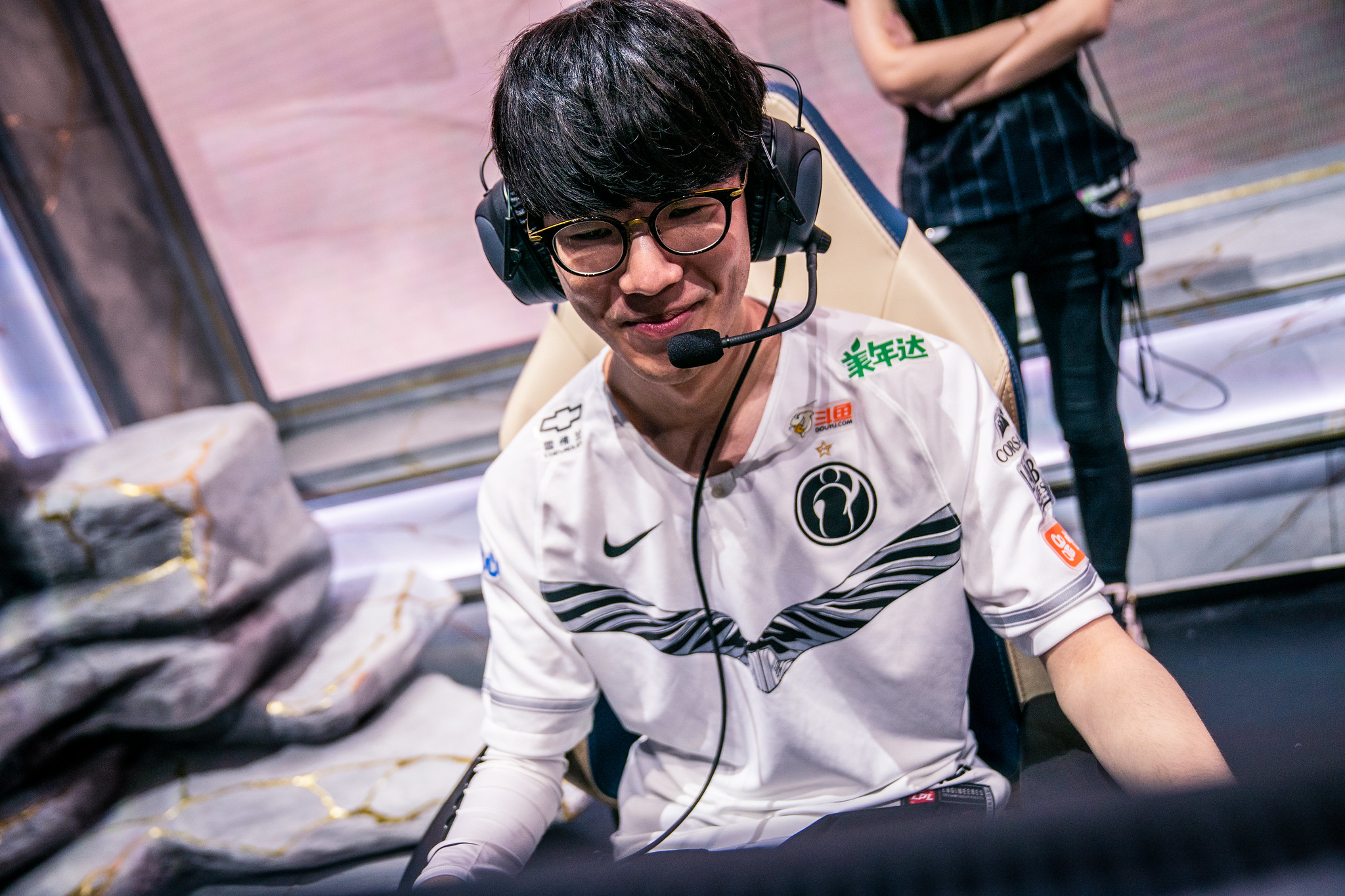 The quarterfinal battles at the 2019 World Championship in Madrid just finished, but there’s no time for the remaining teams at the tournament to rest. This weekend, the final four will fight to earn their spot in Paris for the grand finals. And the first two teams to kick off the semifinals will be China’s top seed, FunPlus Phoenix, and the defending world champions, Invictus Gaming.

This year, both FPX and IG have taken a series against each other, with FPX coming out victorious during the spring. IG, however, did hand FPX their only loss in the summer. The two teams have never faced each other in a best-of-five series, but you can expect that no matter how long this series goes, it’ll be one of the most explosive matchups of the tournament.

In classic LPL fashion, both teams like to fight fast and often, and they’ll never back down from a skirmish. With the amount of talent on both sides, we should get ready for a brawl to remember. But who will stand tall at the end of the day?

At the flip of a coin

Although there are huge matchups across each role, the most important to watch out for might be between IG’s jungler Gao “Ning” Zhen-ning and FPX’s Gao “Tian” Tian-liang. The battle between these two players will heavily dictate the pace of each game. In a five-game series, both players will need to stay one step ahead of each other to take the advantage.

Tian has easily been the best jungler at Worlds thus far. He has the sixth-most kills in the tournament, has incredible early-game stats, and has the highest damage stats out of all the remaining junglers in the semifinals. He has a great ability to read the opposing jungler and has impressive mechanical skills. Most importantly, however, is his synergy alongside superstar mid laner Kim “Doinb” Tae-sang. If Doinb gets going, then you can almost be certain that he’ll become the spearhead to victory for FPX. But he does need a bit of help getting to that point.

Ning, on the other hand, hasn’t been nearly as consistent. Many fans and analysts have pegged him as the perfect definition of a coin-flip jungler. One moment, he can be making incredible plays across the map. And the next moment, he’s making an ill-advised dive or engaging at the wrong moment. IG have to hope that he doesn’t flip-flop like this against FPX, because if he isn’t able to push the envelope fast enough, their opponents will swamp them.

Both junglers know exactly how to help their team win, but it’ll come down to how quickly each team can execute its plan—whether its getting Kang “TheShy” Seung-lok ahead for IG or gathering four people for a bottom lane dive for FPX. Although it might not be the flashiest of matchups, it’ll probably be the one that decides the series.

Let’s just get this out of the way: TheShy is the best top laner in the world. At Worlds 2019, he has the highest KDA of any top laner and a whopping 71.3 kill participation percentage. He has the best early-game stats and has the best damage stats out of all the top laners left in the tournament.

TheShy’s ability to dominate anyone in lane, no matter the matchup, can make enemies shake with fear behind their computer screens. His pure firepower has been a main reason why IG won many of their games this year—in lane and in teamfights—and Worlds is no exception. TheShy completely outclassed Griffin’s Choi “Sword” Sung-won in their quarterfinals matchup, for example. He had an average gold difference of 1,072 at 15 minutes and had seven solo kills to his name.

Luckily for FPX fans, Kim “GimGoon” Han-saem should be able to put up a better fight than Sword did. Additionally, this roster will probably send their powerful jungle-mid combo up into the top lane to put TheShy behind and counter Ning’s attempts to get him ahead. This was something that Griffin failed to do during their quarterfinal match, and it was a reason why TheShy became so strong.

Ultimately, TheShy is a better top laner than GimGoon could ever be. But it’ll be up to the rest of FPX to help minimize his impact right from game one. It’ll be a monumental effort to try and lock down an in-form TheShy, but FPX have shown that they can stand toe-to-toe with the some of the best.

Who is the LPL’s true king?

There are so many things at stake with this final match between China’s finest. Doinb wants to prove himself as a world class mid laner by qualifying for the finals with FPX, while Song “Rookie” Eui-jin aims to defend his championship with IG.

Ning wants to show that he’s a blessing for his team, rather than a burden when they need him the most. Meanwhile, Tian wants to guide his teammates to their first Worlds finals appearance. Can he head into the bottom lane and execute that four-vs-two style of play that FPX loves so much? Or will Ning successfully activate TheShy and set a monster loose on the rest of Summoner’s Rift?

There are so many questions that can only be answered when these two Chinese powerhouses collide this weekend. You can catch all the action when the 2019 Worlds semifinals kick off on Saturday, Nov. 2 at 6am CT.