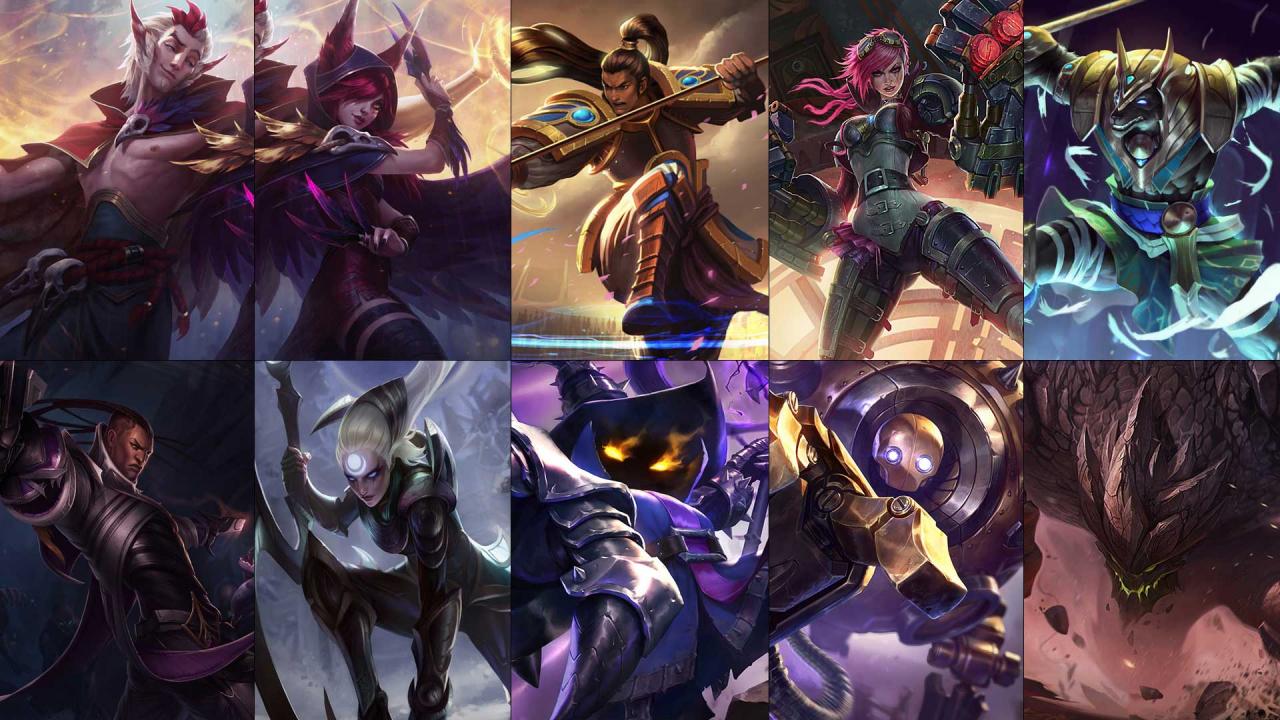 Riot has released the weekly free champion rotation for League of Legends for May 9.

Rakan and Xayah make their first appearance in the rotation, giving players a chance to try out League’s Vastaya lovers. Be sure to take advantage of their linked abilities.

Xayah is an ADC champion, while Rakan is a support champion. They are the first two champions to be released at the same time and have unique abilities that can only be activated if they are both on the same team in the same game.

Between a rock and a hard place—there is Malphite.

The knowledge of Shurima must be preserved.

Vi is here to enforce the law on behalf of Piltover.

Allow me to redeem myself, my King.

This tiny Yordle is worth fearing.

Beware the power of the crescent moon.

Wield the relic weapons of old to take down an ancient threat.

The magic of Zaun has gifted this golem a chance at life.