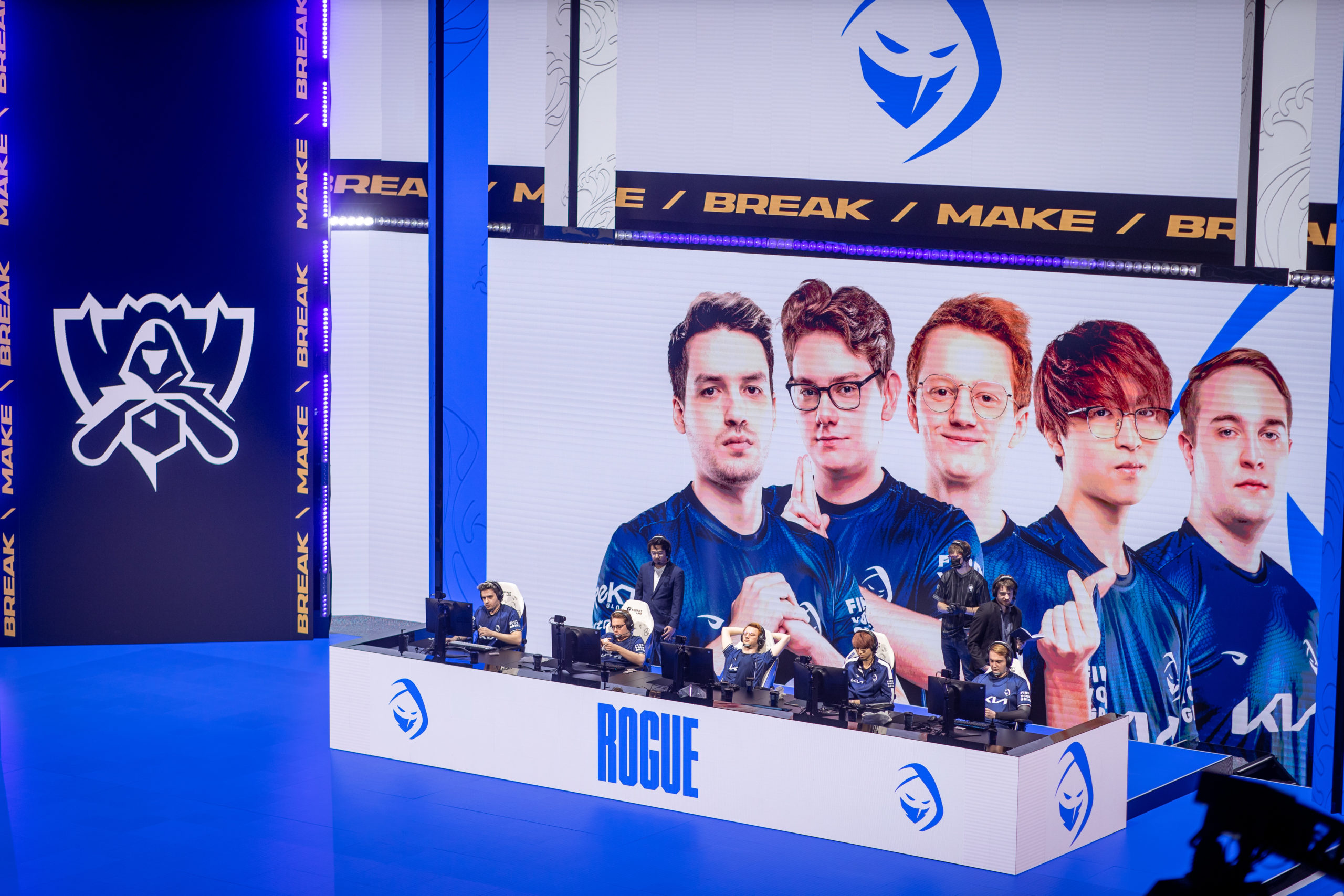 With their second and first-place finishes in the 2021 LEC Spring and Summer Splits, Rogue seemed to be barreling down a path towards surefire success at the 2021 League of Legends World Championship before the tournament began. But regular-season success doesn’t always translate into tougher matches.

Rogue took full advantage of the best-of-one format that rules the LEC regular season, ultimately setting themselves up to fail in playoffs. They were unable to exploit their strengths in best-of-ones of out-drafting weaker teams and utilizing picks their opponents aren’t comfortable on, and failed to adapt from game to game. This led to an eventual early elimination at the 2021 World Championship where they faced tougher opponents and couldn’t rely on the go-tos they showed in Europe. In an interview with Dot Esports, Rogue’s head coach fredy122 described what makes best-of-ones such a benefit for the team and why they can’t take that level of play into more difficult games.

“We love best of ones—you just play one game and you’re done for the day,” fredy122 said. “Something that isn’t talked about is that we out-draft weaker teams a lot. There’s a lot of picks that they maybe aren’t playing so you can get big advantages in the draft. So the games are easy to finish out for us.”

This sort of bully style—out-drafting weaker teams and overall stronger play from each player on the roster—goes incorrigible when playing against weaker teams. But when facing rosters like the reigning two-time LEC champions MAD Lions, it falls flat. Rogue can go unpunished by weaker teams, whereas MAD force them to “slow down.” This creates a problem in which the European third seed “wasn’t punished enough,” according to the coach.

Alongside their inability to translate regular season play into playoffs, the team battled another issue. Rogue are exceptionally good at creating early-game leads for themselves but can’t quite keep the momentum going in the mid-game, eventually falling off by the time the late game rolls around. This spawned the infamous “Rogue Time” meme, which mocks their inability to keep their lead intact past the early game. It’s something both the head coach and the team actively worked on since the Summer Split’s end.

“We’ve been working a lot on our concepts in the mid-game and how we actually understand them,” fredy122 said. “Because every scenario you might be in League is different. You need to understand the actual concept of what is happening. And then you can play the game out correctly. We’ve made sure that all of those are very clear in our mind.”

These two issues combined created a lot of distrust from pundits, analysts, and fans alike when it came to their possible performance at this year’s Worlds. Rogue were put in a group that consisted of two of the favorites going into the tournament: Korea’s No. 1 seed and reigning world champions DWG KIA, and China’s No. 2 seed, FunPlus Phoenix. Western rivals Cloud9 rounded out the group.

It was a tough task for Rogue to get out of this group, let alone any Western team looking at the level of play both DK and FPX portrayed in their respective regions. This was a line of thinking fredy122 was fully aware of and understood going into the tournament.

“I understand why people [doubted us] given our performance at the end of the summer, but we try not to think too much of it,” the Rogue coach said. “We’re just gonna do our best and improve for that one month before Worlds. And that’s what we did. We put a lot of hours into just trying to do the best we can, and not thinking about the groups.”

In the end, although Rogue showcased a better level of play in the second round robin after securing only one win in the first, they still failed to make the cut. Even though FPX underperformed considering expectations, Rogue’s lack of strength in the early game—leading to insurmountable deficits that are hard to come back from—were an issue in the group. This led to them not being able to take care of Cloud9 in their second meeting and the subsequent tiebreaker to qualify past the group stage.

Now that the team is in the offseason, fredy122 and the rest of the Rogue squad can begin to hone in on their issues and look forward into the 2022 season.