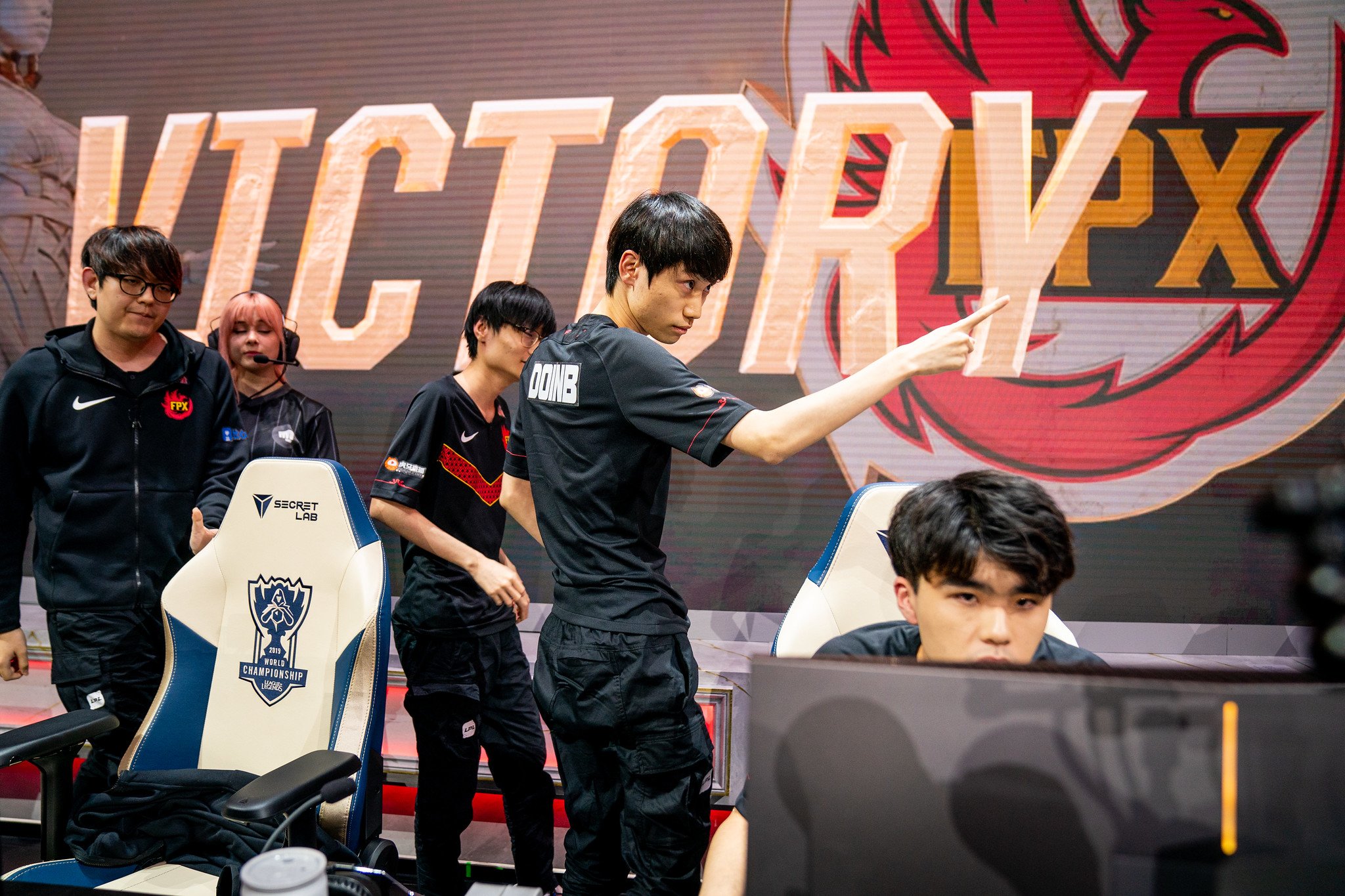 FunPlus Phoenix are moving on after eliminating J Team from the 2019 League of Legends World Championship today.

Before heading to Worlds, FPX had a practically uncontested run during the LPL Summer Split. They dropped one game and easily claimed first place in addition to their first-place finish in the spring. FPX were expected to destroy the group stage competition but heavily underperformed. They dropped games against J Team and Splyce. Additionally, their only definitive matches were against GAM Esports. It seemed like upsets against FPX were more and more likely to happen. But the team showed up in their final day of the group stage today.

Instead of struggling to find a win, FPX took no time to defeat J Team. FPX locked in a seemingly passive lane with Tahm Kench and Varus and immediately used the duo to dive J Team’s bot tower. FPX repeatedly ganked bot lane and quickly snowballed their lead. As the 16-minute mark approached, FPX had a 7,000 gold lead and showed no signs of stopping. By the end of the game, FPX had a gold difference of 21,294, which broke the record for largest differential at Worlds.

FPX sealed their lead after finding a decisive teamfight against J Team in the dragon pit. After this, FPX could take and win any fight they forced. J Team had little to no response throughout the game and FPX ran them down until it was over.

J Team’s expected performance going into Worlds was heavily underestimated. They came in as the LMS first seed. Despite this, the LMS has been known to underperform in recent years, which lowered expectations for the team. Additionally, the LMS’ weakness as a region was further emphasized a few weeks ago when Riot announced it’d merge with the LST.

J Team, of course, didn’t let the doubters affect their play. In their first match at Worlds, J Team upset FPX and ended with a 3-3 record. But they couldn’t find the last win to push them into the quarterfinals.

FPX are now playing a tiebreaker match against Splyce to determine who will claim first place in the group. Finishing first will likely lead to an easier matchup in the quarterfinals. But FPX can at least breathe a sigh of relief because their shot at a World Championship is still alive.