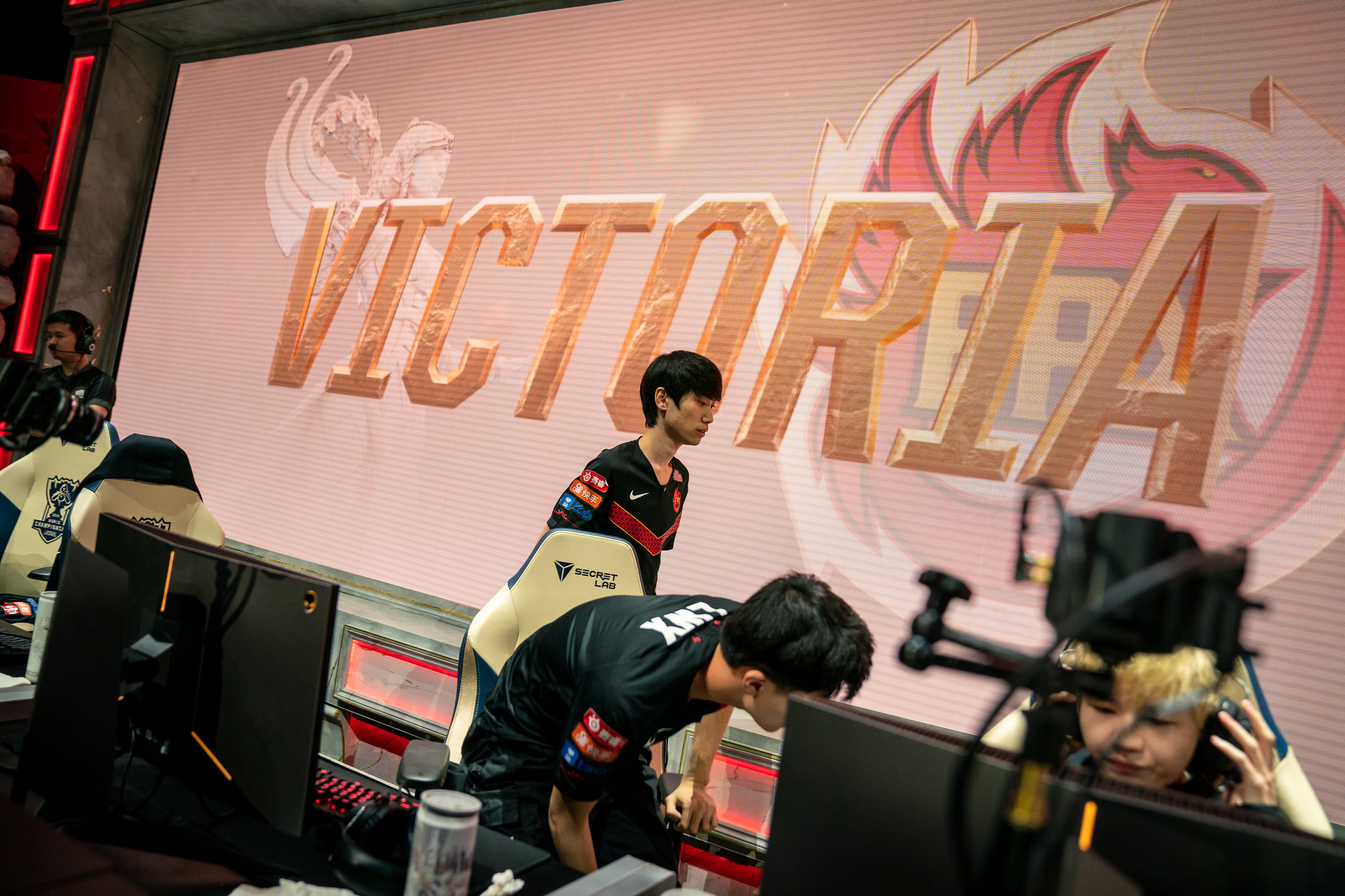 The champions have fallen. The LPL’s FunPlus Phoenix took down defending champions Invictus Gaming 3-1 today during the League of Legends World Championship semifinals and will now move to the final leg of the tournament.

IG were on their way to extending their semifinals series against FPX when Gao “Ning” Zhen-Ning and Wang “Baolan” Liu-Yi set up the perfect team fight. The two drew FPX into IG’s jungle. Baolan on Rakan had the perfect 3-man knock up and charm onto FPX. Song “Rookie” Eui-jin ulted right onto FPX with follow-up by Yu “JackeyLove” Wen-Bo and Kang “TheShy” Seung-lok. FPX were wiped clean and IG’s late game composition was engaged.

IG had the scaling, they had the teamfight, everything seemed to be in their hands, but they choked. TheShy and JackeyLove walked face-first into FPX’s jungle and straight into four members of FPX. Ning, Baolan, and Rookie were not in range or prepared. FPX quickly turned and deleted the two IG carries.

League of Legends fans and casters alike were baffled by this decision. No words could describe the mistake that just transpired. And once again IG were on the back foot. They managed to push into FPX’s middle inhibitor, but TheShy was caught out and died with his flash and ultimate still up.

Despite the questionable choices made in game four, IG put up quite a fight throughout the series. Game two was an incredible back and forth bloodbath that ended in 60 deaths across the board. And broke the Worlds record for second-highest deaths in a single game. FPX proved to be the better LPL team yet again and eliminated the reigning World champions.

For FPX this is a huge milestone for a fresh organization. The team joined the LPL in 2018 and quickly rose to the top in 2019 after switching in Kim “Doinb” Tae-sang and Gao “Tian” Tian-Liang. Now, they are one series away from winning a Championship title during their first Worlds appearance.

Tomorrow fans have the last semifinal series between G2 Esports and SK Telecom T1. After which, we’ll learn who FPX will be facing during the World finals on Sunday Nov. 10 6am CT.