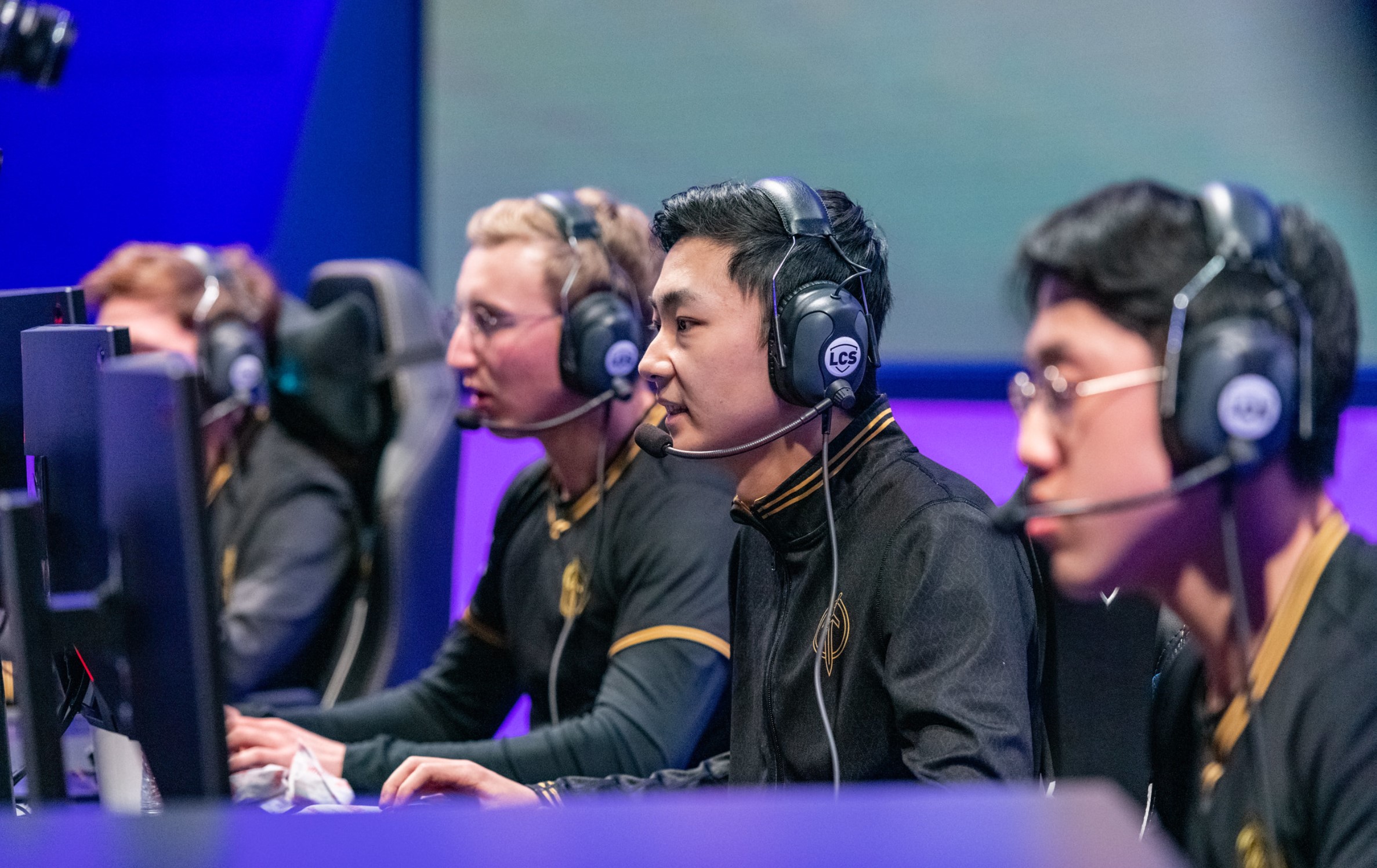 100 Thieves’ star bottom laner FBI might be getting billed as the newest “face of the LCS,” but he’s not paying much attention to the noise.

“I definitely don’t feel like there’s a whole lot of added pressure,” the second-year LCS pro told Dot Esports. “I don’t really focus too much on pressure, anyway, I usually just try to focus on winning.”

Coming into 2021, much of the LCS is filled to the brim with budding rookies, first-year players, and relatively young talent. FBI, although near the crest of the incoming group in terms of experience, is still considered one of the league’s freshest faces. It’s easy to forget that FBI played on the international stage with the OPL’s Bombers at the 2019 Mid-Season Invitational before even reaching the LCS. While he might appear as one of North America’s newest superstars, it’s fair to say he’s been around the block elsewhere and knows how to handle the pressure.

FBI has a strong majority of the ensemble who helped him make a name for himself in the LCS last season taking the trip with him over to 100 Thieves. This past offseason, the organization signed four out of the five League of Legends players from the 2020 Golden Guardians squad, essentially being gifted with an already well-developed, highly synergized roster.

Closer, Damonte, Huhi, and FBI have been working with each other for several splits now and are only getting more and more in sync with each other’s playstyles and capabilities. “It’s a lot easier for me because I’m still with a lot of my same old teammates,” FBI said about the offseason roster swap “It just feels like business as usual.”

But still, FBI hinted at an inevitable change of scenery for himself, citing that he “had a lot of respect for the 100 Thieves organization and would have probably come here regardless.”

100 Thieves had a turbulent 2020 in terms of developing its own talent. Former starters like Stunt, Ryoma, and Poome have all fallen to the wayside without starting positions on any team this season. But now, with a proven, experienced, and effective roster sliding directly into place, 100 Thieves is already off to a hot start in 2021. After one week of play in the LCS Lock-In tournament, the team has a 2-1 record thanks to wins over top-tier squads like TSM and Team Liquid.

And although the sample size is small, two convincing wins over big-name teams this past weekend is an early step in the right direction for 100 Thieves. This weekend’s performance could be a catalyst for a bigger run deep in the Lock-In tournament and the full LCS season.

For FBI, he believes this weekend was the first step on the road to a Worlds appearance later this year. “The main goal for me, on a team level, is to make Worlds,” 100 Thieves’ bottom laner said. “I really want to make Worlds, face the international teams, and just see where we stack up. I want to know how much we need to improve in order to compete for a world title.”

And frankly, the answer isn’t that much. Last season, the 100 Thieves squad (while under the Golden Guardians banner) was just two best-of-fives away from qualifying for Worlds. This time around, the team is more polished and experienced in the LCS. The “core four” of 100 Thieves’ starting lineup is a symbiotic unit that prides itself on synergy and comfort instead of mechanical ability. And, above all else, the players are hungrier than ever to prove that they, too, are a part of the upper echelon of LCS royalty—none more so than FBI.

“I just want to be the undisputed best AD carry in the region,” the second-year pillar of 100 Thieves’ new lineup said. “Last year, it was kind of hard to say who was the best. There were a lot of names thrown out there. I don’t want there to be any questions.”

After one week of play, FBI is leaving little room for debate. Already, he leads all other ADCs at the LCS Lock-In tournament in several statistical categories including kill participation, damage per minute, and damage percentage, according to League stats site gol.gg.

Still, though, three games in the group stage of a preseason tournament is but a small slice of what it’s going to take for FBI to rise to the top of a crowded class of ADCs this season.

“Winning the season would come a long way in helping [my cause],” he admitted. While personal accolades and accomplishments are great in their own right, it’s going to take an LCS title for North America’s “freshest face” to solidify himself as the league’s strongest player.