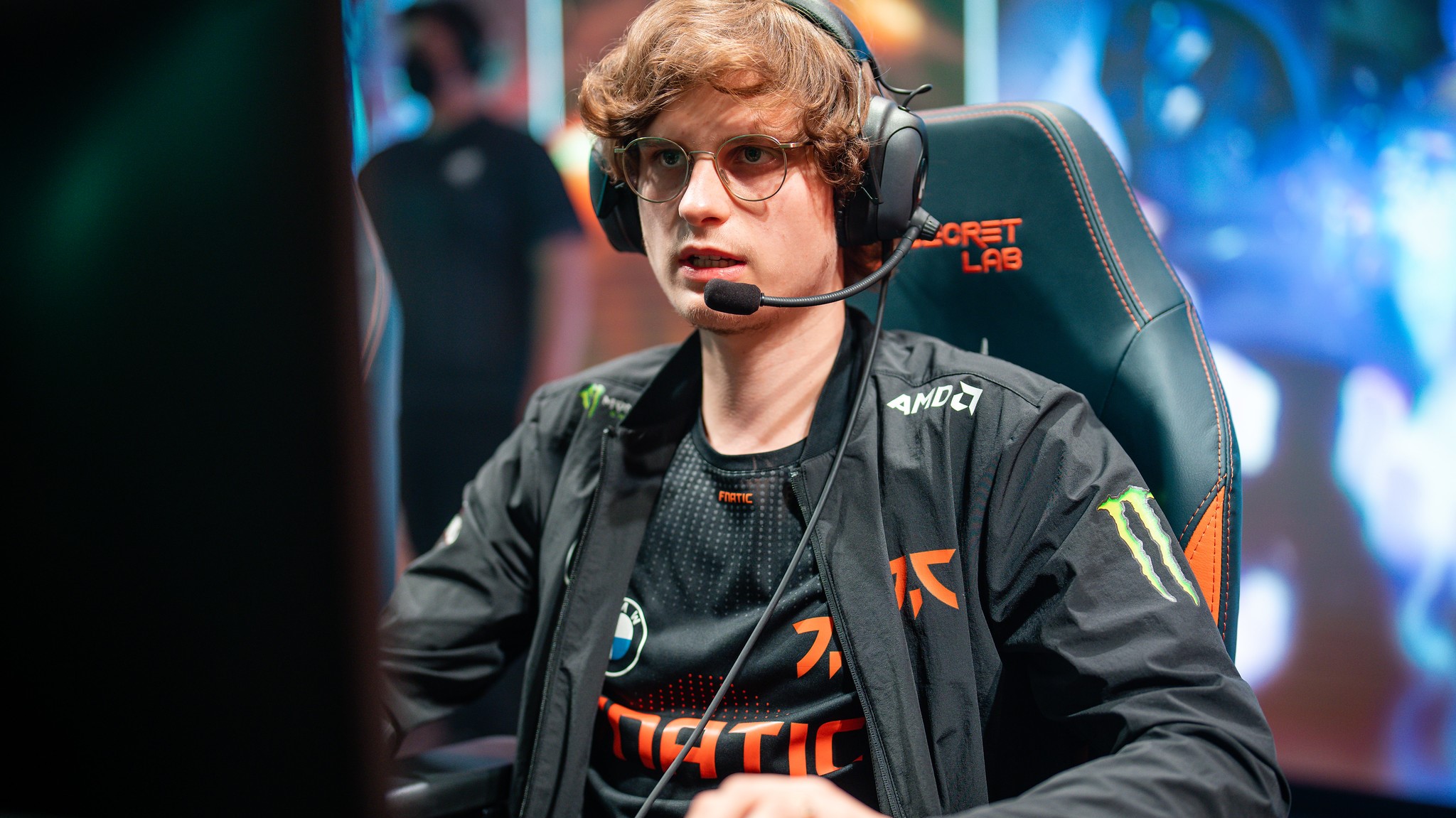 With just one LEC superweek left until the end of the 2022 Spring Split, Fnatic’s AD carry Elias “Upset” Lipp is still the player with the best KDA in the European league and now leads the stat scoreboard by a considerable margin.

With 14 games played, Upset holds an incredible 16.6 KDA with 57 kills, 76 assists, and just eight deaths in the split, according to stats site Oracle’s Elixir. The Fnatic AD carry has almost doubled the KDA of Rogue’s Markos “Comp” Stamkopoulos, who is currently second on the scoreboard with a 9.5 KDA. Upset also tops the “average experience difference at 10 minutes” stat with an average of 349 XP.

Fnatic are in second place in the 2022 LEC Spring Split standings with an 11-4 record. The team will face BDS, Misfits Gaming, and Excel Esports this coming weekend in what will be the last week of the regular season.