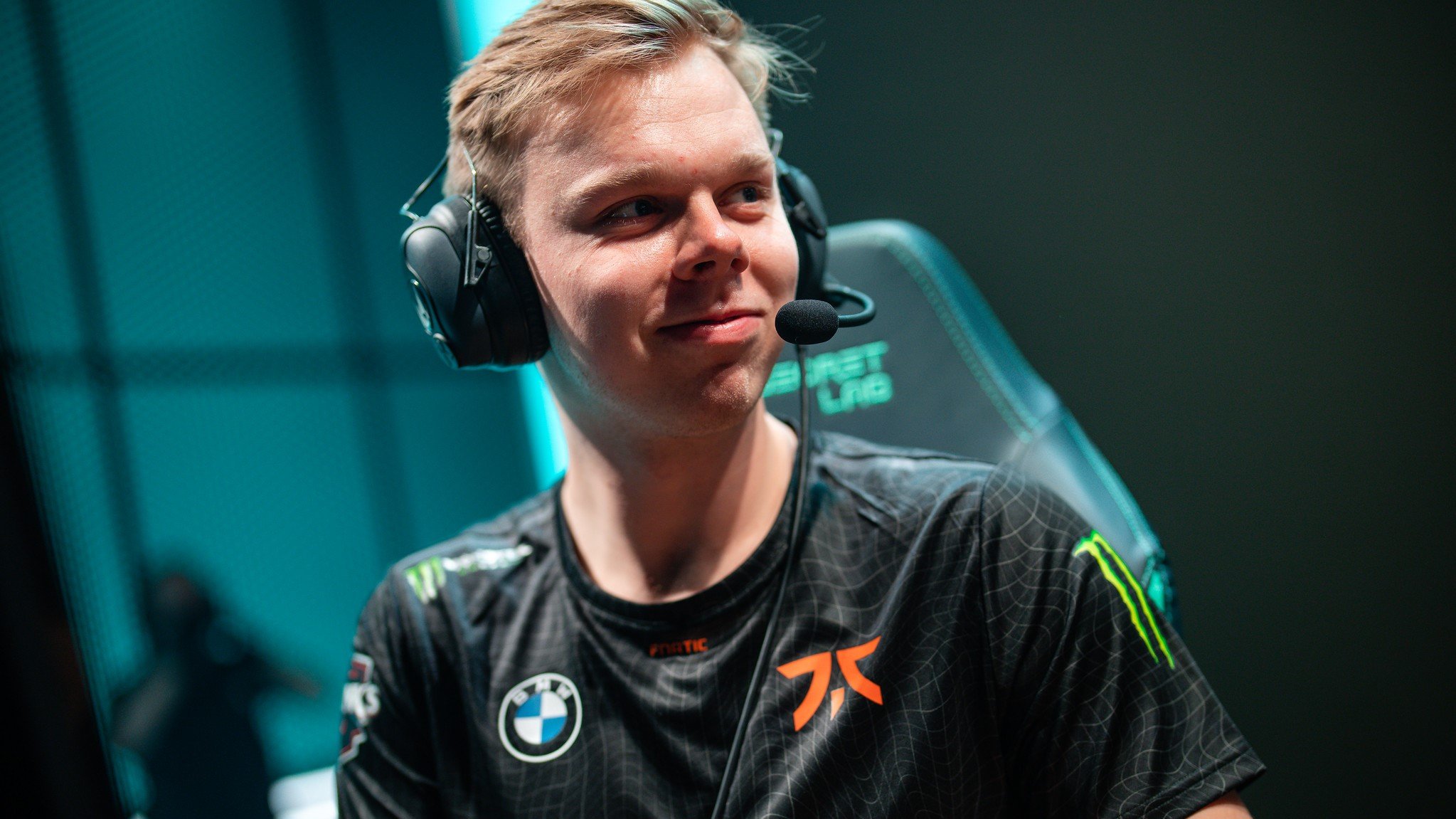 The dust in the 2022 LEC Spring Split regular season has settled. The competition ended last weekend with Rogue remaining in the top spot in the standings. Fnatic, Misfits Gaming, and G2 Esports follow them in second, third, and fourth place, respectively.

Currently, it’s difficult to point to any of these teams as favorites to claim the trophy in the upcoming playoffs. They all have their pros and cons and have traded blow for blow in the regular season. Fnatic top laner Wunder shed some light on the situation in an interview with blix.gg’s Megalodontus.

Wunder discussed several topics, including Fnatic’s strengths and weaknesses, and the team’s biggest threat in the playoffs. In his eyes, Europe’s crown will once again be contested by the two most storied teams in the league

“As it looks like right now, G2 is probably the strongest team apart from us, so if we don’t meet them early, we will meet them later anyhow,” Wunder said. “I would still like to face them. It will always be fun to face them and at some point, you have to face every team anyways.”

This may come as a surprise to fans since G2 haven’t been able to top the tables in recent months. The player didn’t disregard Rogue, he just doesn’t think they have what it takes.

“I think Rogue is solid. In a playoff setting, I think Team Vitality and Excel Esports could be like a bit of a coin toss, but I’d say Rogue looks like the third-best team,” he said. “However, there’s a real possibility that Vitality could be better than Rogue going into playoffs, but I don’t have any factual thing to base it on, you know.”

“Fnatic and G2 are a cut above,” Wunder added.

LEC fans will soon get the chance to see which one of these two squads are the best. G2 and Fnatic will face each other in round one of the playoffs in the upper bracket. The winner will go on to play against the winner of Misfits and Rogue, where a place in the finals will be at stake.

The LEC returns on March 25.