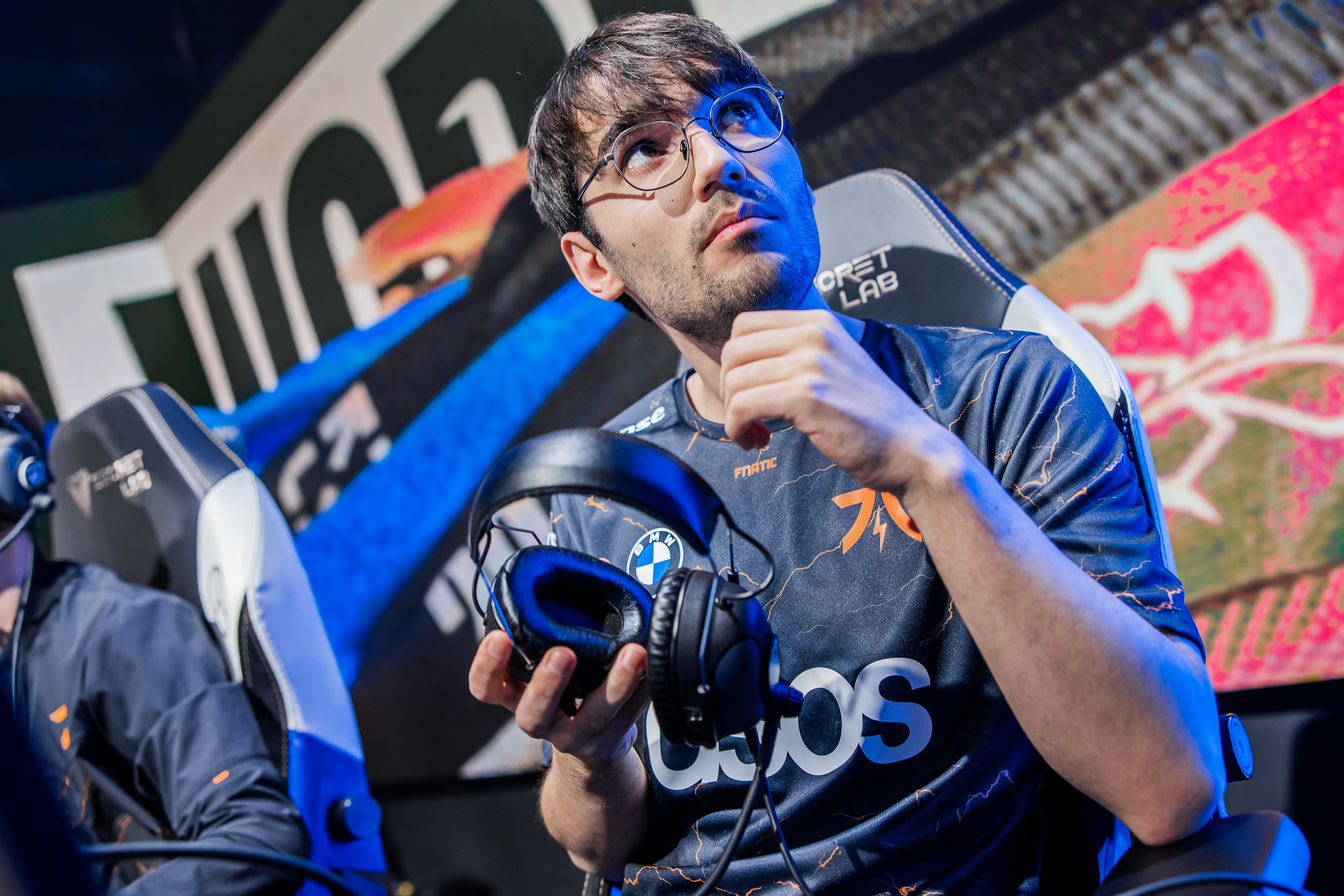 European League of Legends fans were all smiles after day one of the 2022 World Championship since Fnatic and MAD Lions combined to end the day with four wins and no losses to kick off the tournament. Good news turned to great news too when they learned that Fnatic’s veteran support Hylissang was ready to play in their match against DetonatioN FocusMe today.

Many people had lowered their expectations of Fnatic after the team’s AD carry Upset confirmed that he and his teammates had yet to scrim for Worlds since the LEC playoffs ended. It didn’t help that both Upset and Hylissang tested positive for COVID-19, delaying their trip to Mexico City and preventing them from practicing with the rest of the roster.

After the first day, however, Fnatic proved that they were still in competitive form with two convincing victories against Evil Geniuses and Chiefs Esports Club. Today, DFM were the next team on the docket in their quest to reach the group stage of the event, and the Japanese squad put up a decent fight.

In the early game, DFM were able to string together a quick set of kills, starting with a surprising catch in the bottom lane between the two AD-support duos. After an Evi solo kill on Wunder and a botched tower dive by Razork, things were looking dire for the European squad. Luckily for them, the team’s mid-to-late game prowess kicked in and the squad went from zero to 100.

Fnatic’s teamfighting skills were simply too much to match for the LJL squad, and after a few lopsided skirmishes led to a free Baron, the boys in orange marched right to the Nexus. Even though Hylissang did get caught out a few times, the 27-year-old was an important catalyst with his great engages on Maokai, ending with two kills, nine assists, and four deaths.

It almost felt poetic that Hylissang started off Worlds by giving away first blood, but now, he and the rest of his team can focus on making the main event group stage. Fnatic will be taking on LOUD tomorrow in the first match of the day.