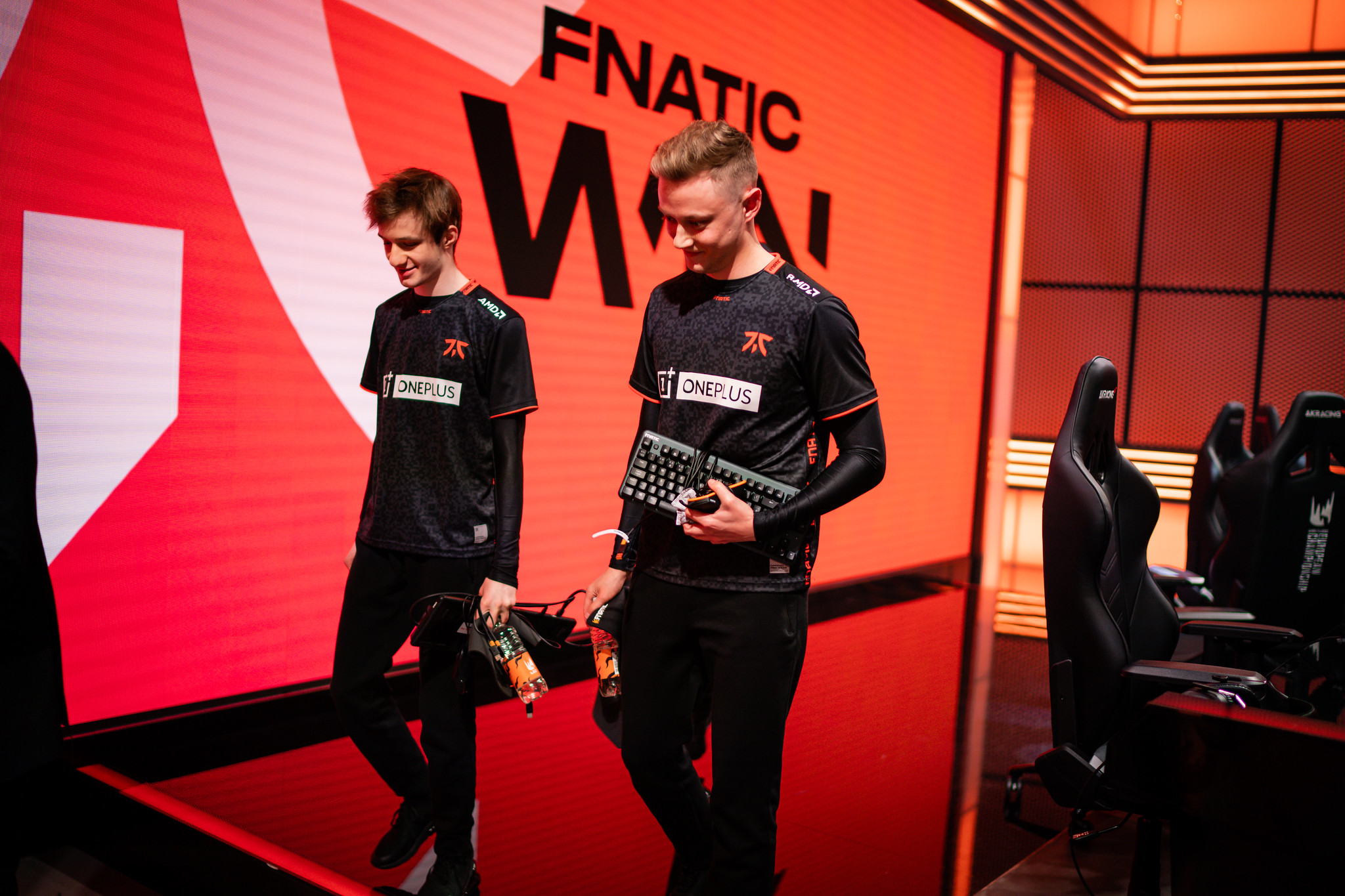 Fnatic have carved a path to the top of the 2020 LEC Spring Split standings today with an impressive victory over Misfits Gaming. This is exactly how the boys in orange wanted to kick off the second half of the split—with a bloodbath that saw 38 game kills in only 28 minutes.

This time around, Fnatic’s bottom lane and mid lane destroyed the competition, leading the charge in a game where Misfits couldn’t find a single foothold to hang on to. Jungler Iván “Razork” Díaz wasn’t able to get any of his lanes ahead and the team was quickly suffocated by Fnatic’s incredible macro and teamfighting.

At one point in the game, Rekkles had an entire Infinity Edge over Ju “Bvoy” Yeong-hoon—it felt like Misfits’ bottom lane was almost invisible for a majority of the match. Throughout the game, Fnatic stayed aggressive with most of their skirmishes, even though they drafted a late-game composition with Gangplank, Veigar, and Aphelios.

Fnatic are now the first team to hit eight wins on the season. With this victory, they look like a top-two team in the region. We still need to see them face off against G2 Esports and MAD Lions again, but their plays make fans and analysts believe that their confidence has risen considerably over the past few weeks.

On the other side of the Rift, Misfits have now dropped two games in a row after going on a strong seven-game winning streak during the first half of the split. Although fans haven’t completely lost faith in this team, their play hasn’t been too inspiring over the last two matches.

The rookie roster will try to bounce back tomorrow in their match against a floundering SK Gaming. Misfits still have games against Excel Esports, MAD Lions, and G2 Esports remaining, so they’ll need to pick up some steam if they want to make the playoffs.