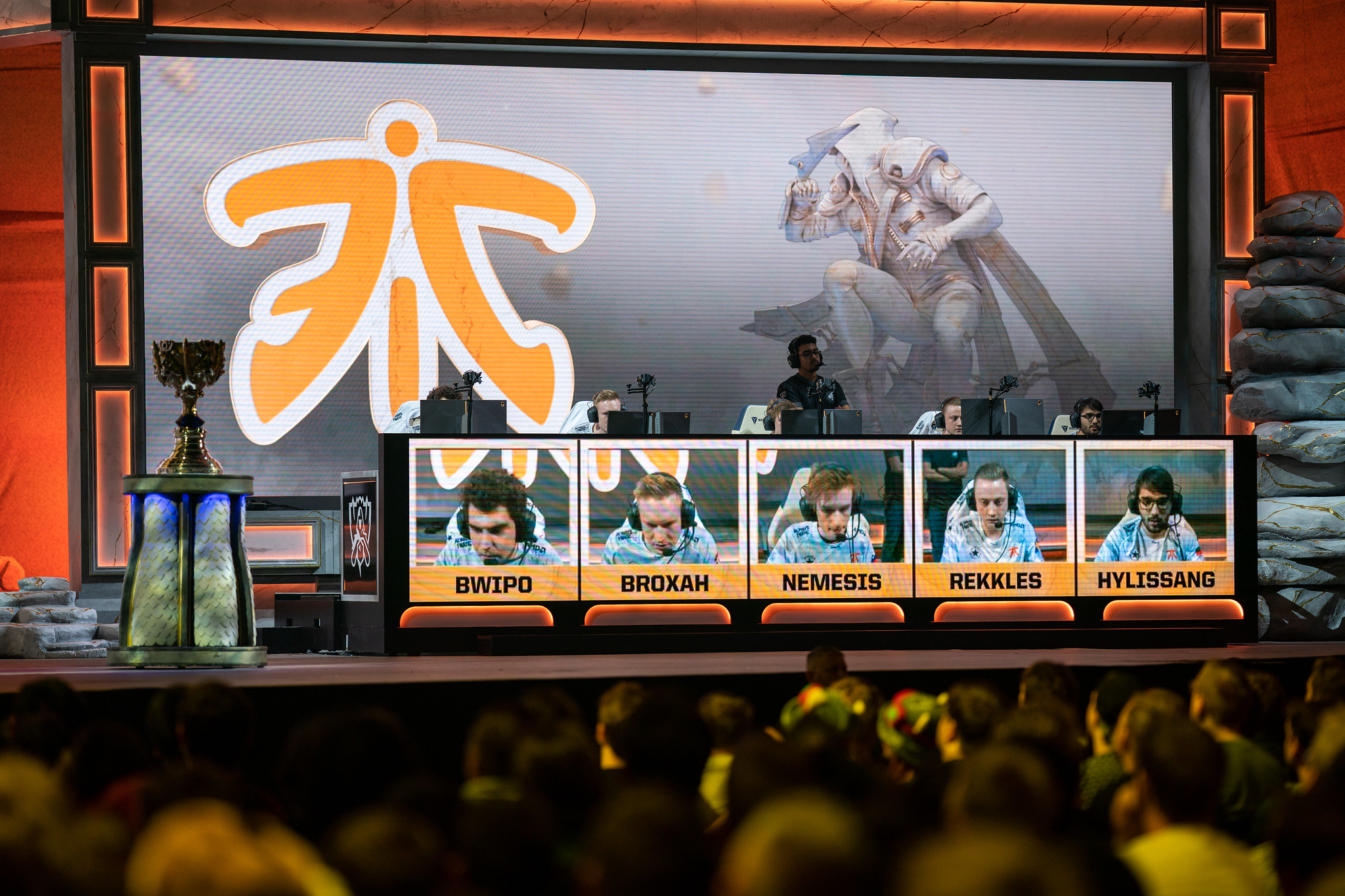 League of Legends is a game that heavily favors the in-form team. A team that’s clicking and on a run, like Fnatic at Worlds this year, is more likely to snowball an early lead and will be able to carry that momentum through a long series.

But recent form isn’t everything and the European squad should be wary of underestimating their upcoming opponents at Worlds 2019.

This should feel like déjà vu for Fnatic because a similar storyline occurred at Worlds 2018. Fnatic looked strong coming out of their group, having beaten a slightly-underperforming Invictus Gaming to the top spot. But in the finals, where the two teams met once again, they were blown out by IG.

If Fnatic didn’t learn to respect their opponent after last year’s Worlds, a similarly devastating wake-up call could be delivered to them this week.

Which team is for real?

There are three European League of Legends teams in the Worlds 2019 quarterfinals, but the boys in orange and black have seemingly captured their home crowd’s attention. Despite not coming into the tournament as the region’s best team, Fnatic’s recent play makes them a serious contender.

On their final day of the group stage, Fnatic found their spark and went undefeated on the road to what previously seemed like an unlikely playoff berth. They beat SKT and Royal Never Give Up, sending the latter squad home to China.

But while Fnatic seem to be escalating their play heading into the knockout stage, FunPlus Phoenix are just moving on in the tournament. The once decisive and menacing squad are playing quite meekly, perhaps because this is their first appearance together on the world’s biggest stage.

During the group stage, FPX lost two matches—one against Splyce and one against J Team. Many people didn’t expect the best team from China to lose these matches, especially after pundits suggested FPX had an easy group. But they weren’t considered among the favorites to win this tournament for no reason. If they can suddenly recapture the form they had in the LPL, then fans might be able to forget the messy team they saw playing in the group stage because this squad has some serious talent.

FPX are known to draft a little weird at times and their mid laner, Kim “Doinb” Tae-sung, is often the player who enables these weird team compositions. He’s played six different champions at Worlds so far, including Galio, Malphite, and Kayle. Coming into this next series, Doinb has a KDA of 5.9 and will need to continue to be a versatile playmaker for his team if they want to go further in this tournament.

It might seem strange to predict a close series between these two teams. Fnatic made it into the quarterfinals from the Group of Death, while FPX progressed from whatever the opposite of a Group of Death is. But the stylistic matchup is something to ponder.

Chinese squads are known to pressure through the mid lane and that’s exactly what Fnatic learned to do as they clawed their way to contention at Worlds. A team that’s successful in pushing through the mid lane often has an inherent advantage in controlling the side lanes. But FPX don’t play like a typical LPL team. Doinb isn’t a dominant mid lane presence—on paper, that should bode well for Fnatic rookie Tim “Nemesis” Lipovšek. But it underscores the unique way that FPX use their star.

Doinb’s made a name by sacrificing his spot on the map in favor of coordinated roams to the side lanes. In fact, he requires a great amount of of resources from his support and jungler to make his tanky builds succeed. Fnatic might try to exploit the mid lane or Nemesis could become an afterthought, only playing comfort picks like Veigar and Cassiopeia.

Another serious question about this matchup revolves around how reliant Fnatic are on picks like Gangplank and Xayah. Gabriël “Bwipo” Rau has played Gangplank in most of their matches at Worlds, when it’s available. But his opposing top laner, Kim “GimGoon” Han-saem, also enjoys playing this champion and may look to steal an important Fnatic champ from them. Perhaps the most crucial champ in Fnatic’s recent success has been Xayah, considering they’ve been pressuring from the bot side of the map. FPX could even opt to ban Xayah in each game to take away that strong and reliable carry potential.

Fnatic may be the hero right now, but they can’t underestimate the Chinese super team in front of them. They may look like a shell of their former self, but FPX have enough talent to bounce back at any moment. It also seems as if they may have a slight stylistic advantage heading into the series.

These two teams are having opposite storylines being written about them and their time at Worlds this year, but it’s not too late to rewrite their futures. Fnatic and FPX will go head-to-head in the quarterfinals on Oct. 26 at 9am CT.