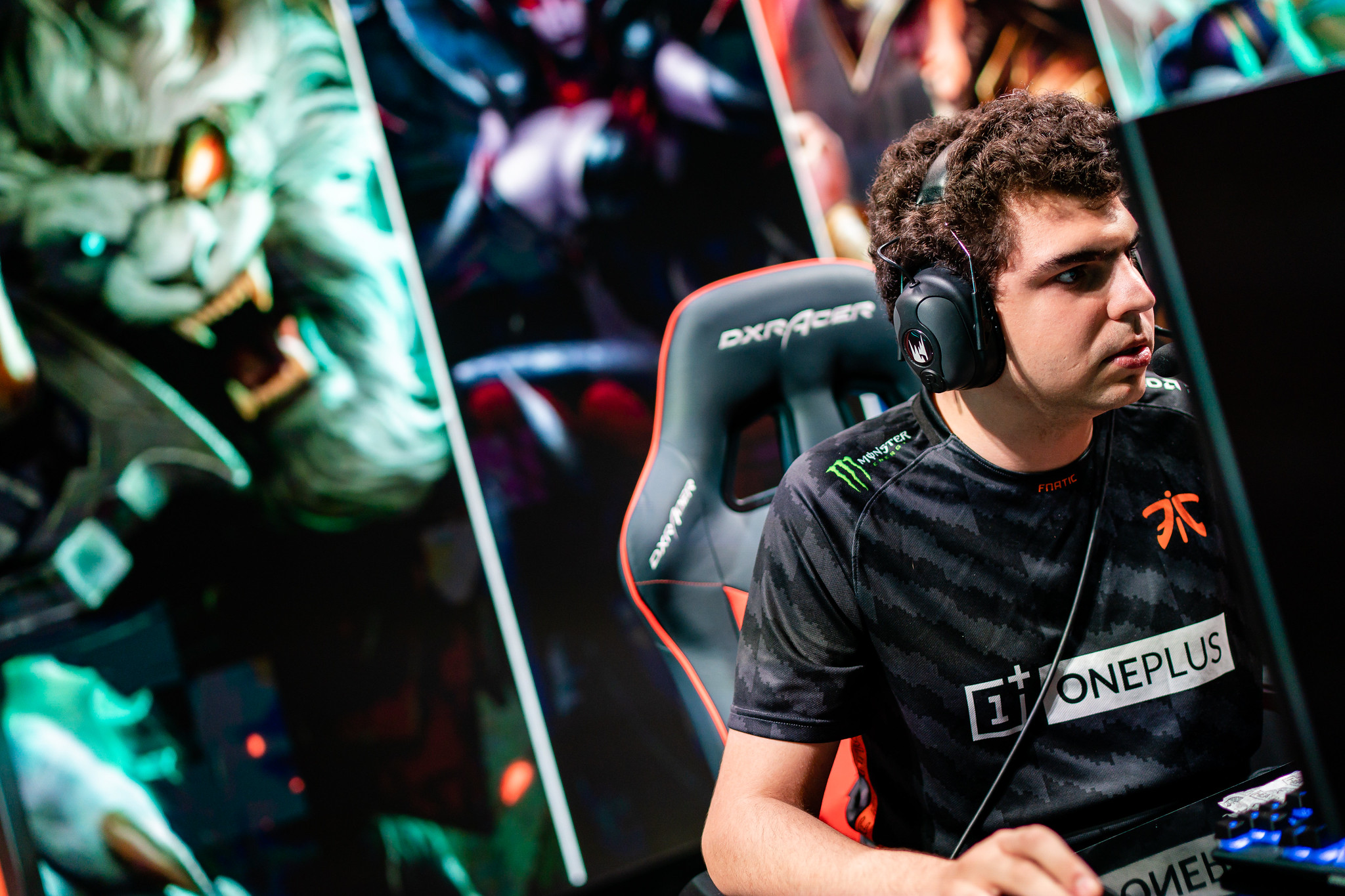 Fnatic kicked off their League of Legends World Championship quarterfinal series against FunPlus Phoenix with not just one cat—but two. Zdravets “Hylissang” Iliev Galabov picked Yuumi early in the draft, but Gabriël “Bwipo” Rau caught viewers off guard with Rengar in the top lane shortly after. Unfortunately for Fnatic, this pick went awry when FPX began grouping.

Typically, Fnatic like to draft carry top laners for Bwipo, so the Rengar pick was rather appropriate all things considered. And Bwipo didn’t disappoint in the early game. As soon as he hit level two, Bwipo immediately went all in on Kim “GimGoon” Han-saem’s Camille to secure a solo-kill. By seven minutes, Bwipo was ahead by 20 cs and GimGoon had no chance for a come back in lane.

Outside of lane, Rengar shines when he’s able to split and quickly join the team thanks to his mobility and ultimate. And at any point, Rengar can threaten a surprise assassination onto the opposing carries. Likely Fnatic wanted to use this to set up a 1-3-1 split push considering they had Tim “Nemesis” Lipovšek on Twisted Fate. Ideally, Nemesis and Bwipo would lane in the side waves, joining when needed, while Martin “Rekkles” Larsson and Hylissang held mid with Garen and Yuumi. FPX, however, had a thought-out response.

FPX drafted Ryze for Kim “Doinb” Tae-sang, whose ultimate meant the entire team could be just about anywhere within a radius of the champion. Along with teleports on Ryze and Camille, FPX could respond to the fights Fnatic tried to take. They also stomped Fnatic’s hope for a split push strategy by constantly grouping and taking fights.

Fnatic were down by one member time and time again, which made it impossible to split. FPX continued taking teamfights until they secured Baron and pushed through mid to end. Additionally, Fnatic failed to put more resources into Bwipo, so the early lead he got was all for not. Rather, the team sent Broxah and Nemesis bot lane to help stabilize.

While the Rengar pick wasn’t the sole reason Fnatic dropped game one, it’s unlikely it’ll continue to be picked moving forward in the series.