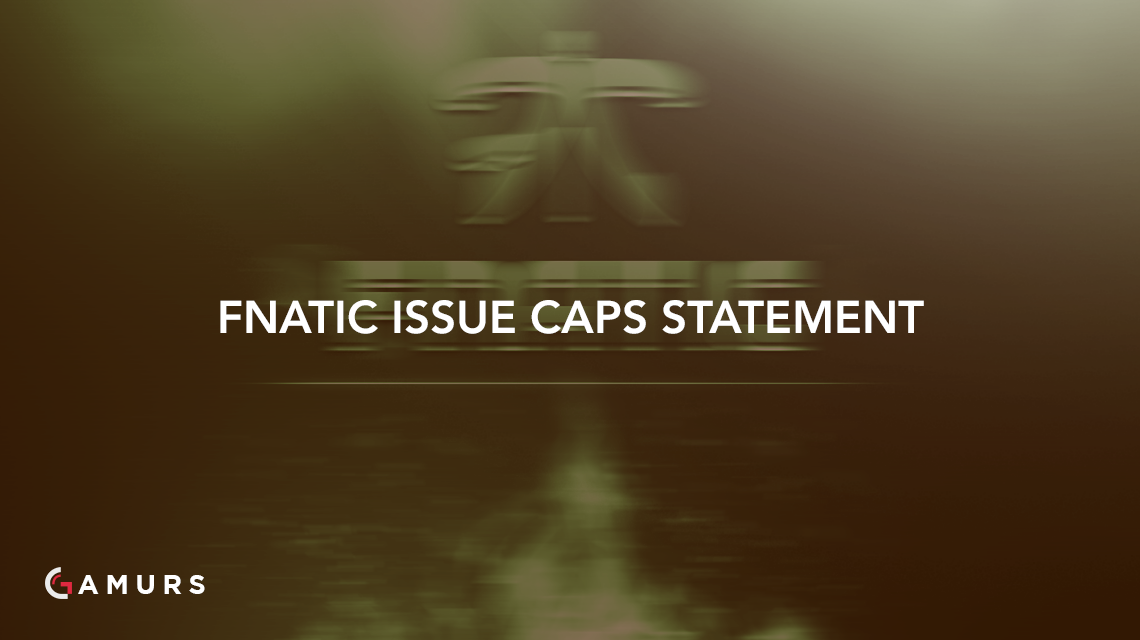 Because of this, Fnatic has released an official statement on the matter to clear up any shortcomings which could come off in the future regarding their new player.

“We acknowledge that there have been contradicting actions in the past from our newcomer Caps,” Fnatic said in the Reddit thread initially created to call out Caps for his behavior. “Such behaviour is does not meet the standards that we set for players within our organisation. Going forward, we will be monitoring Rasmus’ behaviour very carefully.”

The news comes just a day after Fnatic announced its new roster for 2017, featuring the young player as the historic organization’s new starting mid laner.

Caps has also issued an apology via TwitLonger, stating that he knows what he did was wrong, intends to fix his actions, and is going to prove that he is “worthy of this huge opportunity.”

What do you think of the new Fnatic mid? Was this just an isolated incident, or will it be an ongoing problem for the organization?