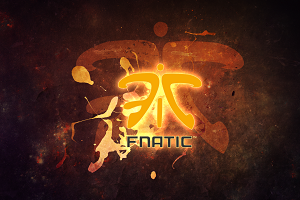 As I watched the games being played for dominance in each region the last two weeks, I realized that some things were just not adding up. At a glance it looks like Fnatic is dominating , but it’s all relative. Fnatic’s starters are in the top 6 for average points per game. Let’s discuss how they compare to the rest of the world.

Each player will be discussed vs their position in EU/NA.

He did an absolutely amazing job the last two weeks for his team. He has the experience for his team and is directing them to victory.

Clearly a bright spot for Fnatic. Absolutely nothing bad to say about this guys game.

Deaths are certainly something to stare at and wonder about. He makes risky plays, and for the past two weeks they paid off. I wouldn’t expect this trend to continue as people start heavily scouting the top touted team so far.

We have to be concerned that Huni hasn’t shown us he can cs. The team game was very impressive, but they played reckless games vs reckless teams. If they played a team that stood their ground in lane, I am hesitant to say Huni might look like a terrible top.

Once again, great team stats. That CS number over 4 games for an adc is very unimpressive though.

Fnatic did a wonderful job in displaying their team skills the past two weeks. I would be cautious about any hype though, this team is facing unorganized teams that are settling in. It may be that every team that faces them this year decides trading kills and playing the team game is the way to beat Fnatic, and each team that does that will get punished. A solid strategy to beating this team would be to test their slow game, and make them grind out a victory with lane cs, as their top/adc are unproven at farming and Yellowstars strategic leadership and decision making will be whittled down to warding.