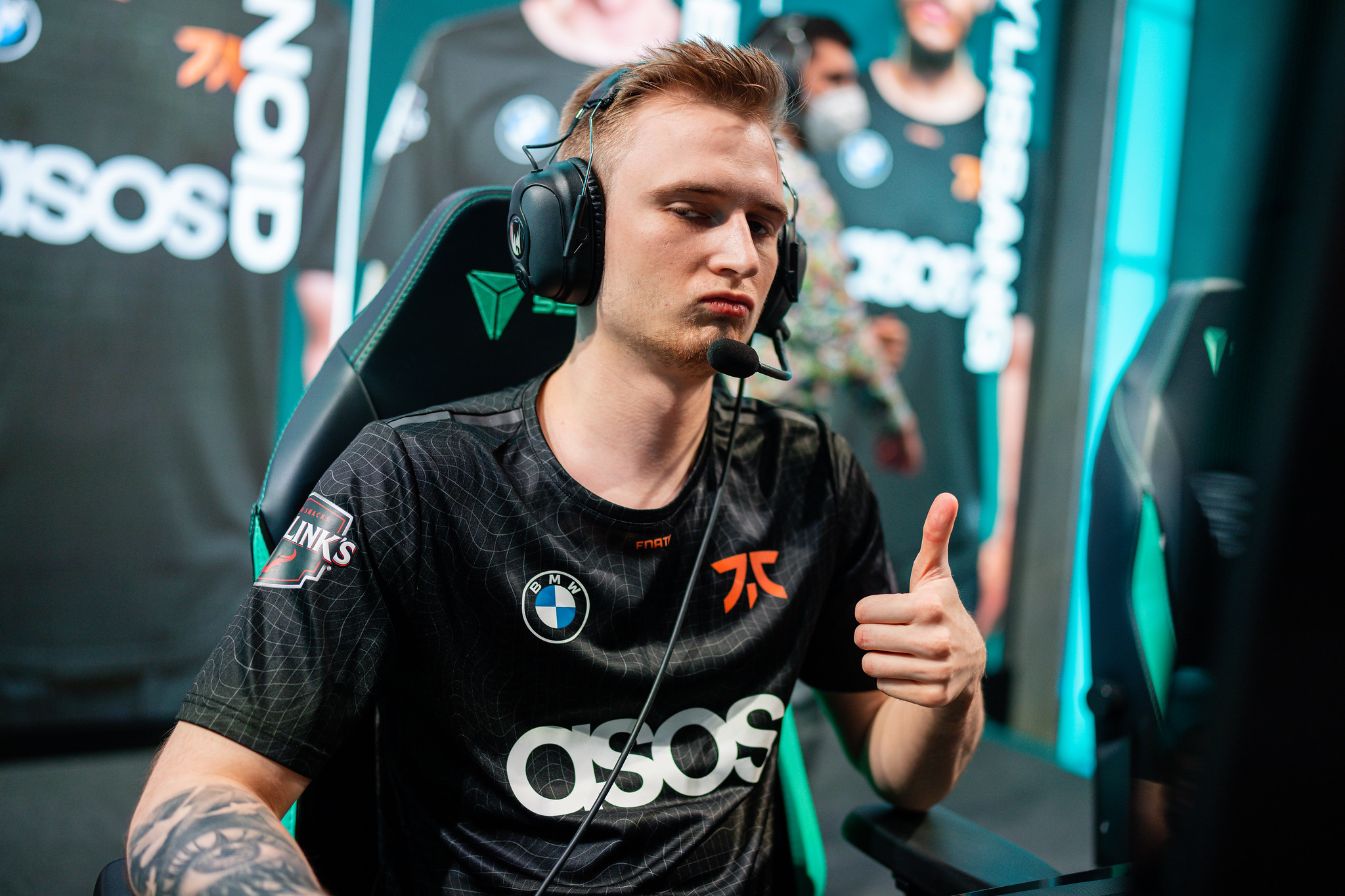 Though a mere three days remain in the 2022 LEC Summer Split, only three League of Legends teams have cemented spots in the upcoming playoffs. Fnatic and Astralis are just two of the many other teams still aiming to contest qualification, with each of these final few games being crucial in determining the teams’ next steps.

A victory over Astralis today has given Fnatic a higher chance at qualifying for yet another playoffs. Though they have not yet grabbed hold of a spot, it would mark a continuation for the organization in making every single European League playoffs, which it has won seven times.

With the chance of their first playoffs on the line, Astralis placed nearly all of their faith in their ADC Kobbe, who has been crucial in the team’s continued success throughout the split. Around him lay multiple champions aimed at increasing his skirmishing potential, including a Karma mid and Rakan, hoping to allow Kobbe’s Zeri to scale to victory.

Dajor’s Karma ended up playing a bigger role outside of assisting the mid lane; numerous fights across both sides of the river benefited from a clutch shield, heal, root, or pool of damage. This afforded Astralis a bit of extra pressure into the top and mid lanes as their bot lane attempted to contend with the powerful pairing of Upset and Hylissang.

Yet the Fnatic bot lane was not deterred by this strategy from Astralis, forcing Astralis to shift their focus to team-wide attention on the bot side of the map. This allowed the other members of Fnatic to retaliate accordingly on the opposite side and teleport down to help their allies clean up fights.

A failed attempt to steal the Ocean Soul left an overzealous Astralis susceptible to another Fnatic-led teamfight, handing over a Baron to Fnatic and allowing the double-buffed team to enter the enemy base with ease for the victory.

While Astralis opted for a rather “safe” draft with multiple ways to support their main carry in Kobbe, the team was unable to contend with the synergy between Upset and Hylissang that has brought Fnatic continued success in recent splits. This win brings Fnatic closer to playoffs contention with a temporary hold on sixth place.

Astralis have not yet been eliminated from the playoffs picture, though they are incredibly reliant on how other teams perform, as well as the results of their final matches between MAD Lions and Excel.