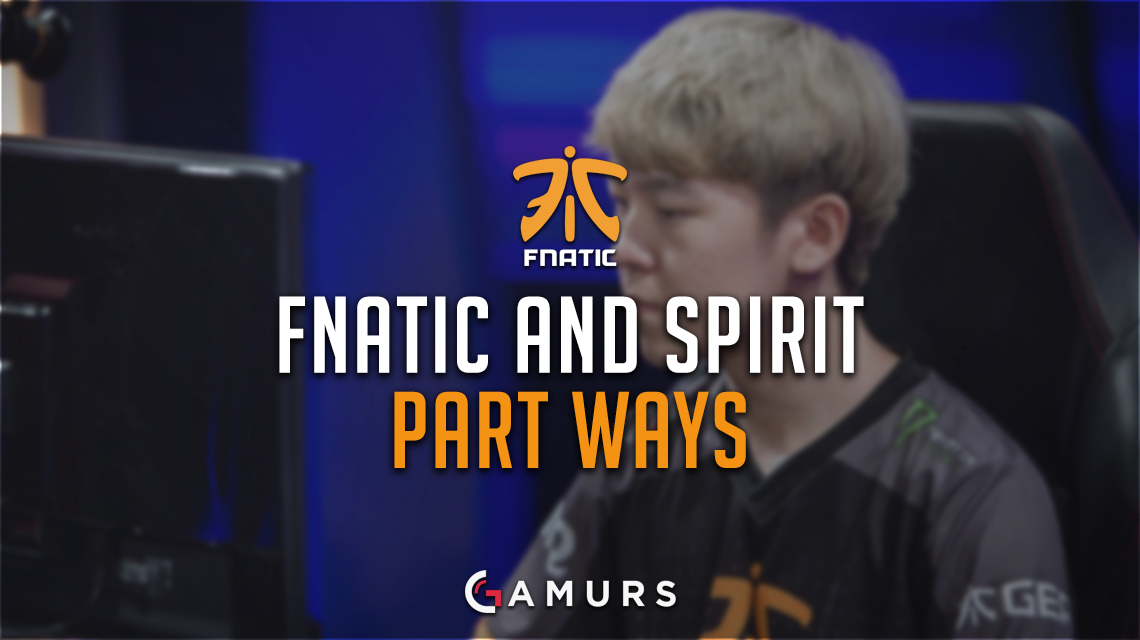 Fnatic and jungler Da-yoon “Spirit” Lee have mutually agreed to part ways, according to the team’s announcement.

The storied organization has had a rough year after placing within the top-four at last year’s World Championship. Since then, the squad has gone through several roster changes, including the addition of Spirit, but the year has been shaky.

In the Spring Split, Fnatic ended the regular season with the No. 6 seed, but recovered and ended the playoffs in third after defeating H2k-Gaming 3-2 in a deciding match. In the Summer Split, the team placed fifth in the regular season and only top-six in the playoffs. Fnatic then failed to qualify for Worlds after losing 3-0 in the Regional Finals to the Unicorns of Love.

Spirit was a consistent player for the shaky Fnatic squad, being above average in almost every category in the jungle and constantly being a happy presence on the team.

“Working with Dayun for the last year has been an absolute pleasure,” Fnatic manager Finlay “Quaye” Stewart stated in the team’s announcement. “Never before have I seen a player with such intense amounts of dedication and attitude towards a single goal of winning. Even after living in a foreign country surrounded by an unusual culture and losing his two closest friends on the team, Spirit gave it his all day in, day out.”

Fnatic is rebuilding going into Season 7 and will likely be making more roster changes as Spirit searches for a new home.

Did Fnatic and Spirit make the right decision? Who do you think Fnatic’s new jungler will be? Let us know in the comments below or tweet us @GAMURScom.