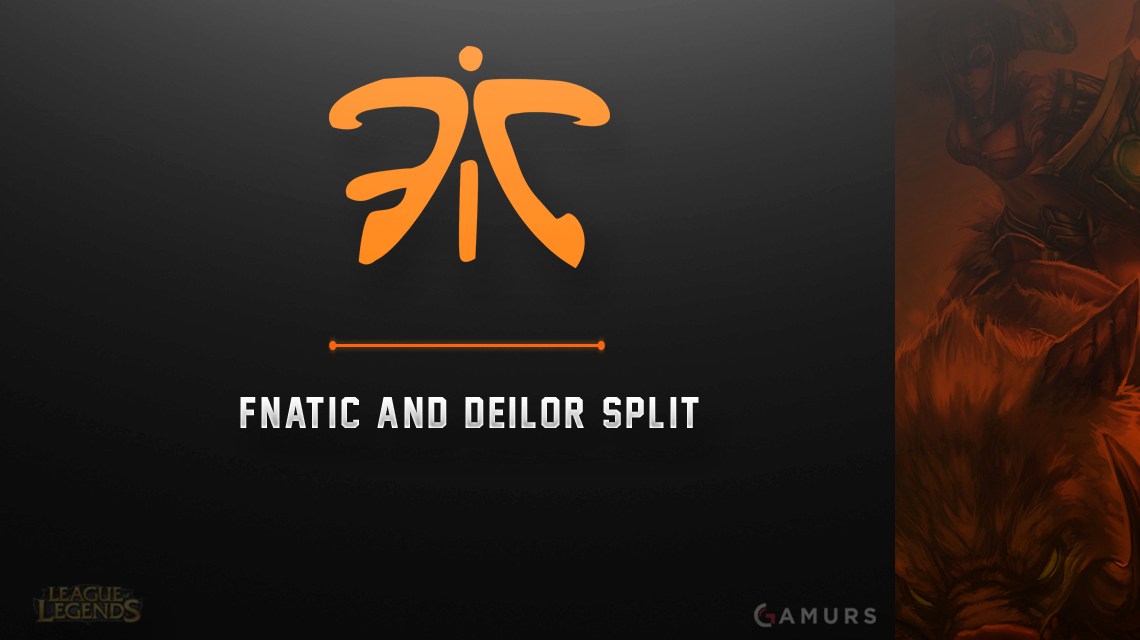 Fnatic and their head coach Luis “Deilor” Sevilla have parted ways. The official word coming from a post on the Fnatic website, which thanked the Deilor for his nearly two seasons of service with the team.

The change comes after the team’s disappointing fifth place finish in the regular season of the 2016 Spring Split, a split that saw them remain in the top three from week one, until the the final week of the split. The final week, week nine, included losing 2-0 to G2 Esports, tieing 1-1 with the last place Team ROCCAT, and a heartbreaking loss in the tiebreaker match against H2k-Gaming.

It is well worth noting that these recent woes were far and few between for the team while under the lead of Deilor. The 2015 Summer Split was one to remember as the team went 18-0, becoming the first ever League Championship Series team to do so. That was followed up by a showing in the semi-finals of Worlds that year.

According to the team’s official statement the split was “mutually agreed” and that it was “important to give the team a fresh start under a new coach as soon as possible.”

In his statement from the announcement, Deilor announced he will not continue to coach League of Legends, stating he can have a “very positive impact focusing on business and development areas,” citing the infancy of eSports.

As for who will be taking over the coaching duties for Fnatic, it was announced in the same piece that Nico “NicoThePico” Korsgård, former Orgien head coach and more recently the Fnatic assistant coach, would be taking over as head coach. The team said they are “confident that Nico has what it takes to help Fnatic reach their best possible form going into playoffs.”

The following are just a few brief lines from the statements released by Deilor, Nico, and Chief Gaming Officer for Fnatic Patrik “cArn” Sättermon.

“Our results are the consequence of how the team has been working and it’s clear that there are issues that I’m not able to fix… From my point of view, this is not acceptable with such a talented roster.

As a coach, if you are not able to fix the issues it means that you are not doing your job properly or players aren’t willing to cooperate. In any case, changes need to be made as soon as possible so the team continues growing looking into Worlds.”

“I’m greatly honored to become the Head Coach for the Fnatic League of Legends team. The opportunity to grow and evolve within such a reputable organization as their League of Legends Head Coach is an offer and responsibility I accept with pride. Fnatic has and will probably always be one of the most legendary Esport teams and I will strive to carry on and represent that image moving forward.”

“Fast-forwarding until today it’s fair to conclude that we haven’t had the strongest run in 2016, and despite the changes we have made throughout the year, we have now reached a crossroad where we collectively have decided that the best way forward for our team is to transfer the Head Coach position to NicoThePico…”