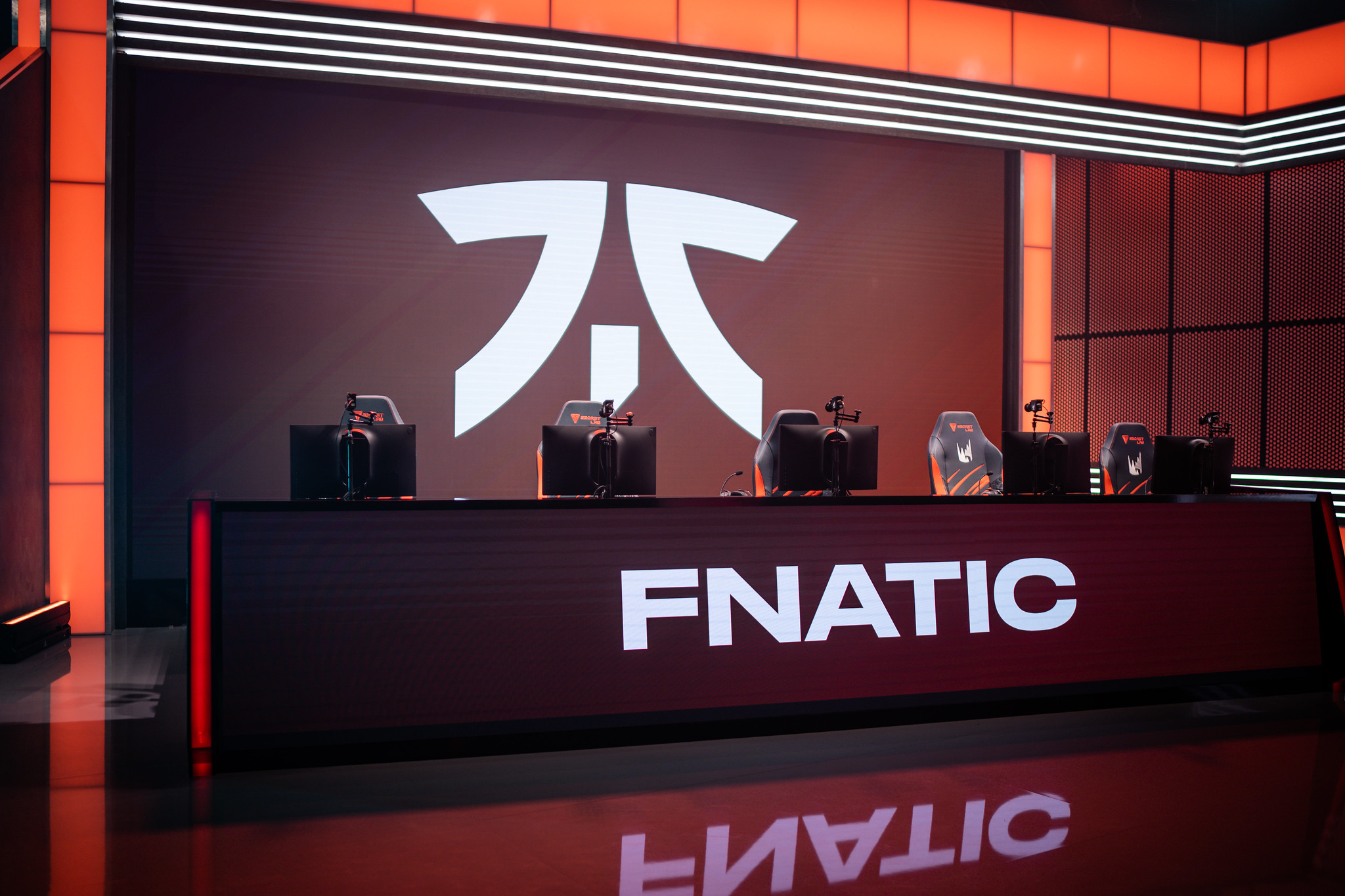 Now more than ever, Fnatic’s League of Legends roster has everything to prove.

The 2021 LEC Spring Split was a mess for Fnatic. After the loss of its franchise player in Rekkles, the team’s cohesion struggled massively. They looked uncharacteristically sloppy and uncommunicative, particularly when it came to starting fights around key objectives. After the team failed to make it to the semifinals, it was clear that changes needed to be made. For a team with this level of history and pedigree, making the playoffs just isn’t enough. Their messaging has always been crystal clear: They’re here to win. But with the scarcity of free agents in the brief offseason between the spring and summer, it was difficult to see where Fnatic would be able to acquire the caliber of player needed to catapult them to success.

After Fnatic announced that top laner Bwipo was moving to the jungle, fans seemed even more confused. Jungle is one of the most instrumental roles in the game when it comes to facilitating cohesion. Rather than bringing in a new piece to break the preexisting team dynamics that had clearly been causing them some issues, they had simply swapped the existing pieces around. Bwipo has been repeatedly touted as a strong communicator and a vocal player, but will changing his role be enough to get Fnatic out of their synergy rut?

Fnatic’s offseason was one of the most turbulent in the LEC and it’s hard to see how it will pay off in time for them to make Worlds this year.

It’s hard to judge the potential of a role-swapped player, especially one whose performance in his main role has been wildly inconsistent. Bwipo has had moments where he’s been Fnatic’s only win condition and he’s also had some moments where his overzealous decision-making has lost games for his team. He’s a notoriously vocal player, both on and off the Rift, but his ability to impact the map has been limited from the top lane.

He’s being replaced by EU wunderkind Adam, ex-top laner for EU Masters champions Karmine Corp, hailing from the LFL. Fnatic’s mid, AD carry, and support will remain the same and the team promoted coach Shaves with previous assistant coach Tolki moving to a remote analyst position. All in all, Fnatic have only gained one player since their disastrous Spring Split run and they gained that player in the role that has perhaps the least overall impact in the game. If they were looking to change up the relationships within their team and bring in a fresh perspective to aid the squad’s communication, then the top lane is perhaps the worst role in which to introduce that new player.

What does Adam bring to the team?

Despite the less-than-ideal situation in which he’s entering the LEC, Adam is one of Europe’s most exciting young talents. He had a meteoric rise through the LFL’s second division in 2020 and found himself on one of France’s most promising young rosters in Karmine Corp. KCorp were promoted into the LFL this spring and promptly won the tournament, securing a spot at EU Masters. They won EU Masters Spring, dropping only three games throughout the tournament, and Adam stood out as a hyper-aggressive top laner with a champion pool featuring Darius, Olaf, and Renekton.

Adam is a firecracker in the top lane and, in many ways, is reminiscent of peak-performance Bwipo circa 2019. But his ability to perform will always be marred by the caveat that he only started competing at the top of his region at the beginning of this year. He’s played against ex-LEC players during his time in the LFL, but his rise to fame has been so fast that there’s been little opportunity to test himself against the very best. His first taste of the highest tier of competition will be on a team whose reputation is relying on his ability to perform and a team whose history of high performance means they fall under a heavy level of scrutiny from the community.

He isn’t the only moving part on this roster, but he’s the only new piece. Bwipo moving to the jungle will also take some scrutiny off Adam, but the pressure he’s under is undeniable. If he’s able to perform to his LFL level of aggression and laning dominance, then he could be the injection of life that Fnatic need. But if he gets off to a slow start, as is to be expected from such a young player, there’s a real possibility that Fnatic just won’t be able to kick it into gear in time to qualify for Worlds.

Fnatic need more from Adam than any young player should reasonably be able to give, coming into an underperforming team as the primary hope of reversing their fortunes and doing it with an off-role jungler. If he’s able to live up to what Fnatic need from him, then he might just be one of the best young talents to enter the LEC in recent years. If he can’t, Fnatic might be in even worse shape than they were in the spring.

Bwipo’s transition to the jungle role has been quite possibly the most controversial roster move of the LEC offseason. Jungle is a hard role to swap into. It forces a radical shift in how a player views the game and is the role that has by far the most impact on the map, especially in competitive play. Bwipo’s often been touted as a strong voice in Fnatic’s communications and now he’ll be moving into a role where that strong voice will be even more instrumental for his team’s success.

Bwipo and Hylissang are Fnatic’s “go buttons,” for better or worse. The large majority of Fnatic’s teamfighting comes from either following their engages or plunging into the fray to save them after they’re caught out by the enemy team. Last split, Fnatic essentially stopped engaging proactively. Instead, the majority of their teamfights came from trying to pluck Bwipo, Hylissang, and Selfmade from the jaws of death. Now that he’s the player responsible for smiting key objectives, Bwipo can’t afford to be the person who dies “for the good of the team” like we saw so often in the spring. He had the most deaths of any top laner in the league by a fairly significant margin (65 deaths compared to Wunder’s 54), throughout the spring, according to Oracle’s Elixir. That stat quickly starts to become more and more daunting when you realize he’ll have to be alive for every major objective that Fnatic want to take.

It’s not all doom and gloom, though, and Bwipo did have some moments in the spring where he was able to pull off fantastic engages. If he’s going to act as an aggressive, carry-style player for his team, the pieces around him are set up for his success. Nisqy has plenty of experience supporting carry junglers, having played with both Blaber and Selfmade in his recent competitive history. He’s not the kind of mid laner who will need jungle help to gain resources and become a hyper carry, and the current mid lane champion pool of control mages works perfectly alongside aggressive AD jungle picks like Volibear and Olaf, champs that Bwipo has already proven he can play well.

In an interview with Dot Esports, head coach Yamato highlighted that Hylissang and Bwipo’s proximity would be one of the team’s greatest assets heading into the Summer Split. Before, they were separated by three lanes worth of distance. Now, the squad’s two loose cannons will finally be able to team up across the map. But can Upset survive laning one-vs-two into the bot lane pairings of the LEC? The idea of Bwipo and Hylissang teaming up is in itself sound, but it also leaves Upset, the team’s most reliable carry, open to exploitation.

So what do all these changes mean for Fnatic? Ultimately, their chances of making Worlds still look slim. Europe will only have three seeds at the World Championship this year and the strength of MAD Lions and Rogue from the Spring Split makes it seem like it’ll be Fnatic and G2 fighting for that final spot. Although Adam is an incredibly talented player, what Fnatic has done with these changes looks a little more like putting a band-aid on a broken leg rather than actually addressing the roster’s core communication and synergy issues.

There is a world, however, in which this gamble pays off spectacularly. This Fnatic lineup’s peak form could be a scary thing, especially if Bwipo and Adam are able to work together to create a top lane focused playstyle that revolves around taking early Rift Heralds, similar to MAD Lions’ core playstyle with Elyoya and Armut. They won’t be able to achieve that without fixing the aforementioned communication issues, though.

Fnatic’s first match of the 2021 LEC Summer Split will be against Misfits on Friday, June 11 at 3pm CT.