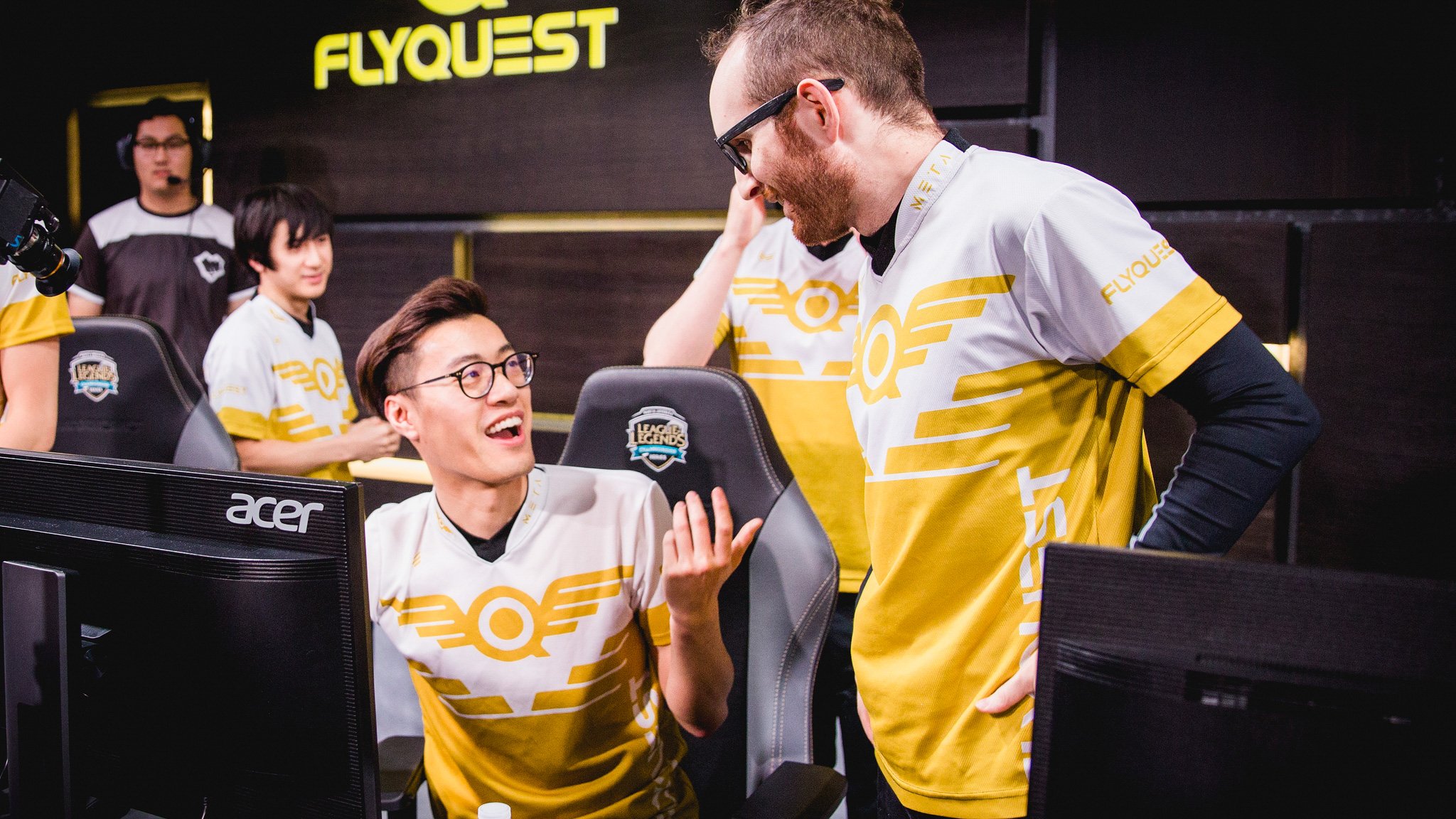 For the entire year, people have been counting FlyQuest out.

When the roster was announced before the Spring Split, they were called also-rans, a tank full of former LCS pros discarded to the Challenger Series. After overachieving in the playoffs, they were still swept by TSM in the semifinals. That threw them into a funk for much of the Summer Split, where they just avoided going to the promotion tournament and throwing their Worlds hopes away.

They made it to the guantlet by the skins of their teeth, but not many people expected much out of them against Team Dignitas. Dignitas have issues of their own, but they were a semifinal team as recently as two weeks ago.

Instead, FlyQuest turned the matchup on its head and silenced the haters with a dominating 3-0 victory earlier today.

How they did it was just as surprising as the result. For much of the year, FlyQuest relied on mid laner Hai Lam’s shot calling and roaming to set up plays around the map. But Dignitas mid laner Jang “Keane” Lae-young had other plans and stepped up by keeping Hai in lane. Instead, FlyQuest’s duo lane of Jason “WildTurtle” Tran and Daerek “LemonNation” Hart carried the entire series on their shoulders.

In game after game, Dignitas tried to give priority over to star top laner Kim “Ssumday” Chan-ho. And he did get some huge leads while benefiting from gank after gank. Rather than panic, FlyQuest calmly took over the other side of the map. DIG’s duo lane of Johnny “Altec” Ru and Adrian Ma have had a career split, but Turtle just tore them to shreds. The fact that Altec was given lane-losing picks in the first two games didn’t help, but make no mistake—this sweep was all about WildTurtle’s fantastic play.

When mid game teamfights broke out, WildTurtle was able to stay safe while putting out damage, while Altec and the rest of Dignitas were getting caught again and again. Even when they had a good 1-3-1 or 4-1 splitpush setup, they took strange fights, meandering through the jungle when no objectives were at stake. It was just a strange turn from a team that looked so clean before that CLG loss.

After winning fights, FlyQuest successfully executed on major objective and sieges. Dignitas had the best Baron control of any team last split, but FlyQuest gave them no chance to steal away the objective. They played clean and controlled, read what Dignitas wanted to do at nearly every turn, and won in convincing fashion.

FlyQuest have put CLG and Cloud9 on notice. They’re not here to mess around. They don’t care about the pundits who criticize their play. WildTurtle is playing at his highest level in years, and that may be enough for FlyQuest to pull off a truly miraculous Worlds run.