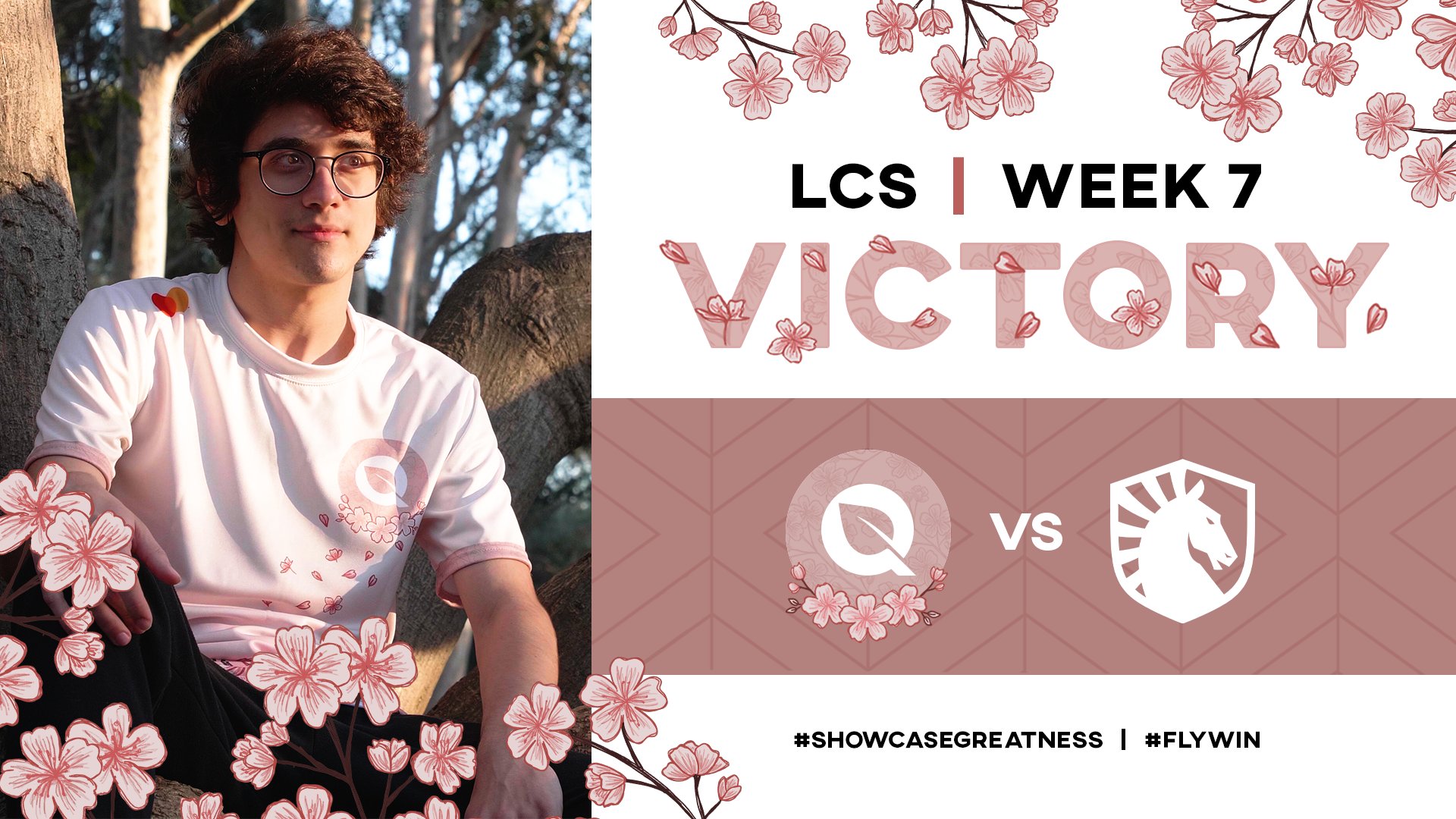 With just one week left in the regular season of the 2022 LCS Spring Split, teams near the bottom of the standings are doing everything in their power to grab that top-six spot, allowing them to enter the Mid-Season Showdown. Yet getting to that spot requires toppling some of the LCS giants, who will do anything to stay at the top.

The FlyQuest squad knew that they’d have to outsmart their Liquid opponents, who were tied for first place, if they wanted to keep their playoffs chances alive. By maintaining a strong mental despite a lopsided early game, FlyQuest ended their three-loss streak and will head into the final week of the Spring Split holding onto the hope of playoff qualification.

Johnsun attempted to shake the bot lane meta despite multiple strong options still available after the pick/ban phase, opting for Tristana—a pick that has not been seen in pro play worldwide thus far in Patch 12.5. On the other side of the Rift, CoreJJ pulled out a surprise Taric pick to answer, one that he has around a 57-percent win rate on across his entire competitive career.

Bjergsen’s second game on Ahri this weekend looked very similar to yesterday’s, and he quickly became one of the most important parts of Liquid’s early lead. Constant roams towards the top side of the map gave such a large lead to Bwipo’s Lucian that Kumo could barely leave the safety of his turret. Charm after Charm, Bjergsen became pivotal in quick picks on the enemy team, bringing the momentum into Liquid’s favor.

Toucouille catching out Hans sama, Bwipo, and Bjergsen in the top lane significantly lowered the gold lead Liquid held and shifted their win condition to Johnsun’s Tristana pick, forcing Liquid to reevaluate their path through the late game. One last teamfight for either team’s potential to grasp the Hextech Soul began with an important hook onto Bjergsen from Aphromoo, forcing multiple members of Liquid to expend their cooldowns.

This allowed Toucouille to show Liquid just how many stacks he had amassed on Veigar, and ultimately burst down his enemies to FlyQuest’s eighth victory. Toucouille was also awarded the player of the game for this victory, ending with a 2/0/4 KDA, 50 percent kill participation, and an astonishing 30 percent of his team’s overall damage.

Though Liquid have since qualified for the Mid-Season Showdown, between them and Cloud9, this weekend has proved that the top of the LCS are not safe from the drive those still seeking playoff qualification hold tightly onto. Both of these teams appeared to overestimate some of their opponents this weekend, leading to slow yet damaging slips of their leads that, though may be attributed to having already qualified for playoffs, open space for teams like FlyQuest and TSM to stunt their drive.

FlyQuest move on to week eight with a very high chance of entering the Mid-Season Showdown as the fourth seed. This will enable them to start playoffs in the upper bracket to face either Team Liquid, Cloud9, or 100 Thieves, or they may fall into the lower bracket following their performance in the final super week.