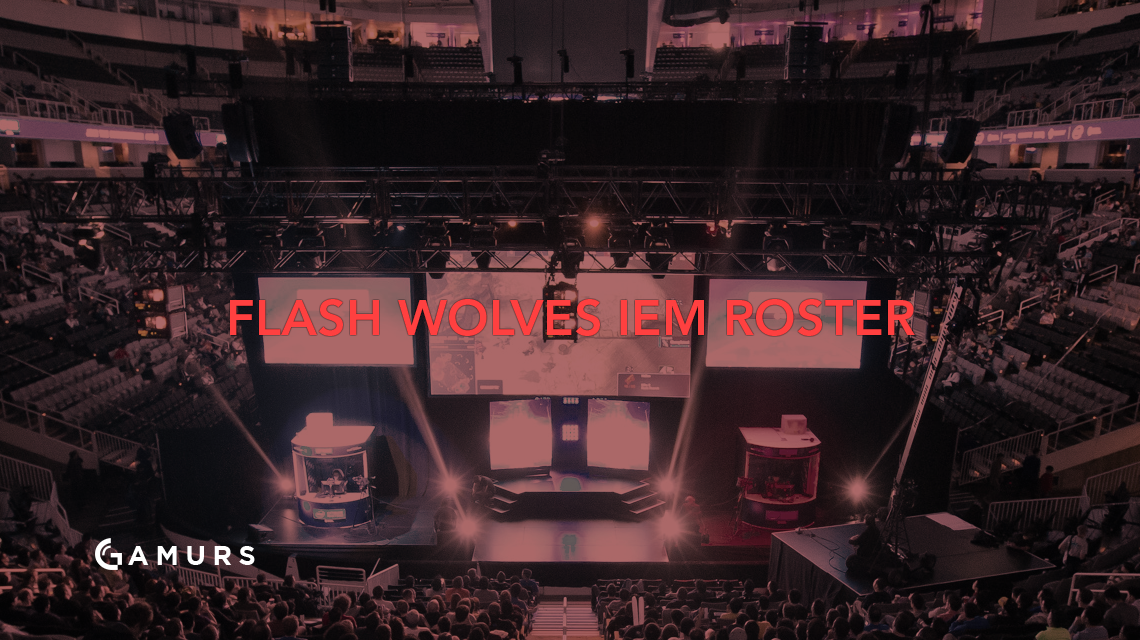 The Flash Wolves, after a disappointing Worlds 2016 performance that saw the squad fail to leave the group stages, have announced their roster for IEM Oakland.

Announced here, Flash Wolves have stated that trainee Lu “Double Red” Yuhung will play as the team’s starting AD carry and Shen “Rins” Boru will share the top lane with Yu “MMD” Li-Hung. Both players are confirmed to be on a trial period as the team looks forward to the future, and they will have a chance to earn a permanent starting spot on the roster.

The Flash Wolves are are one of the best teams left going into the tournament after the likes of Team SoloMid, Splyce and Immortals dropped out, preferring to solidify their rosters longterm instead of focusing on the offseason tournament.

What do you think of the new Flash Wolves? Let us know by commenting below or tweeting us @GAMURScom.