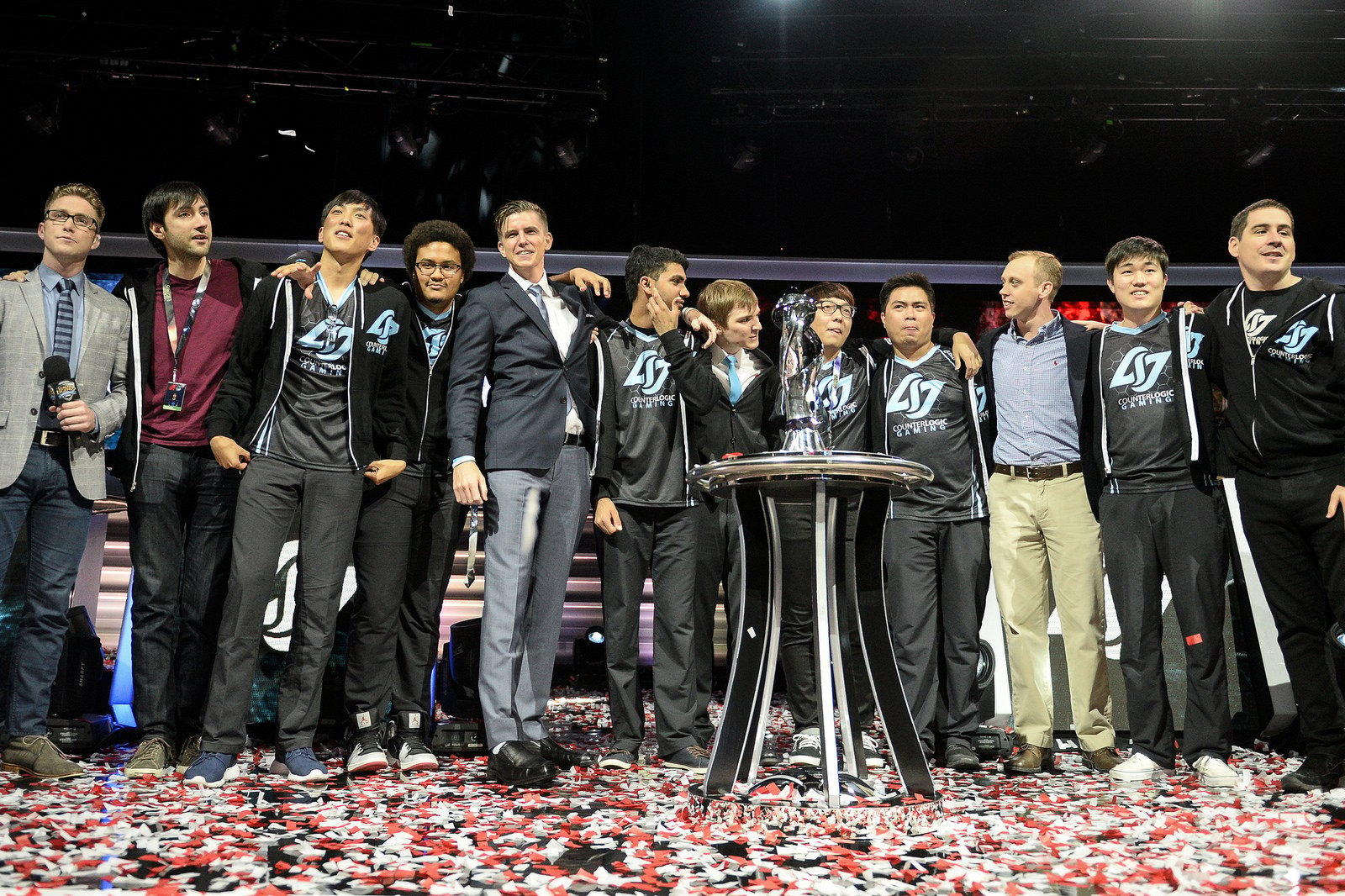 With over three years of LCS experience the Counter Logic squad led by renowned AD carry Doublelift have never made a finals appearance, let alone won one, until today. Against long time rivals Team Solo Mid, the 2nd seed CLG managed to methodically tear apart their opponents 3-0 in one of the cleanest series the team has played since their roster was solidified after the end of the spring split of the NA LCS. Although the TSM squad and their star mid laner Bjergsen were 5th seed coming into the playoffs they were heavily favored to win the split as they have been in all six of the LCS finals up until this point and, without Cloud 9 to go against them, it seemed like no other team could ever take a title away from them.

CLG have had a tendency to falter in the past, leading the LCS early in the split then taking a nose dive midway through, culminating in a seeding from 3rd to 6th on average, sometimes lower. But something different happened during the summer: they caught themselves. CLG went from being a team of recycled jokes to a strong contender for the first time in ages, finishing the regular season in second place after a tiebreaker loss to Team Liquid.

CLG were able to enter the playoffs on a bye week, allowing them to finish with a higher ranking than they did in the Spring by default. But that wasn’t enough for CLG; they wanted more. CLG took on Team Impulse for their first series of matches in the Summer playoffs and did what people expected them to do: win. But it wasn’t just winning that was impressive, as their opponents had a newly minted mid laner in Gate and one of NA LCS’s lowest ranked AD carries in Apollo. What was impressive is the way they managed to win their games. What impressed people the most was their teamwork. CLG of old would have likely buckled under the pressure that a playoff semifinal entails, but the CLG of today took the games into their own hands and forced TiP to play to the pace that they set. Using their superior mid and bottom lanes as well as better map control, CLG took game after game in less and less time. Their victory solidified their spot in the NA LCS finals, a first in the club’s history.

Just Over The Horizon

The one thing standing between CLG and an NA LCS was TSM, their long time rivals. Going into the finals CLG was 0-2 against them during the regular season and the last time CLG bested TSM at all was in a one-off game during the Summer split of 2014, a full year ago. Though none of that would be enough to stifle the momentum that CLG built up after beating TiP.

CLG has had a long history of disappointing fans, but in front of thousands of cheering fans at Madison Square Garden, they did no such thing. Every member of CLG looked head-and-shoulders above their counterparts on TSM. Game one was a mind game from the pick and ban phase, where Dyrus was baited into picking Gnar while ZionSpartan was given Yasuo in a very potent Yasuo-comp. Game two put Pobelter back on an incredibly strong Viktor and Doublelift on a hyper carry Jinx, resulting in a pentakill for the star AD carry. Finally game three, Xmithie was given Ekko, and in recent weeks he has shown that he is Xmithie’s strongest pick, which was only confirmed with an 8-1-13 performance that led his team to topple the titans of TSM.

With thousands of people cheering their names and adrenaline surging through their bodies, CLG did what many never expected them to do:

They found their form.

All photos courtesy of lolesports