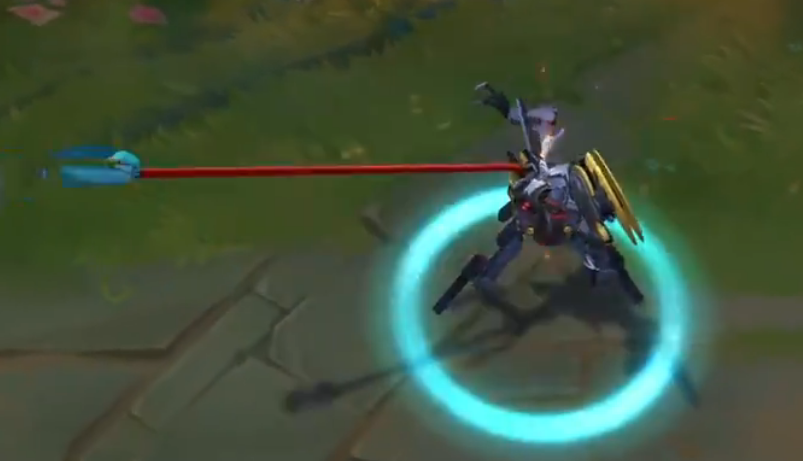 Four new robotic-themed skins are coming to League of Legends for some of the game’s most popular champions.

The first skin set, titled “Praetorian,” is a brand new skin line. Riot Games has not revealed much about the new line, but teased that further details will be announced soon.

Both Fiddlesticks and Graves’ skins contain brand new animations and effects and look downright terrifying. Fiddlesticks in particular can rotate his entire body into menacing shapes and also eats a cute little blue bird during his recall animation. This is also Fiddlesticks’ first new skin in over two years.

Graves, on the other hand, looks akin to Bastion from Overwatch. The Graves you were playing as even gets killed during his recall animation with a new, shinier, Graves-bot ready to lock and load.

On the other side of Summoner’s Rift, Nami and LeBlanc are set to join the Program skin line with their own robotic-themed skins. The duo are shown in another social media post clad in green and silver.

They join Blitzcrank, Camille, Lissandra, and Soraka in the Program line. The duo’s inclusion in the line means that players will finally be able to create a team of five Program champions to cause chaos in the material world.

Riot Games has not announced when players will be able to get their hands on these new skins, but they are expected to arrive in the next patch.