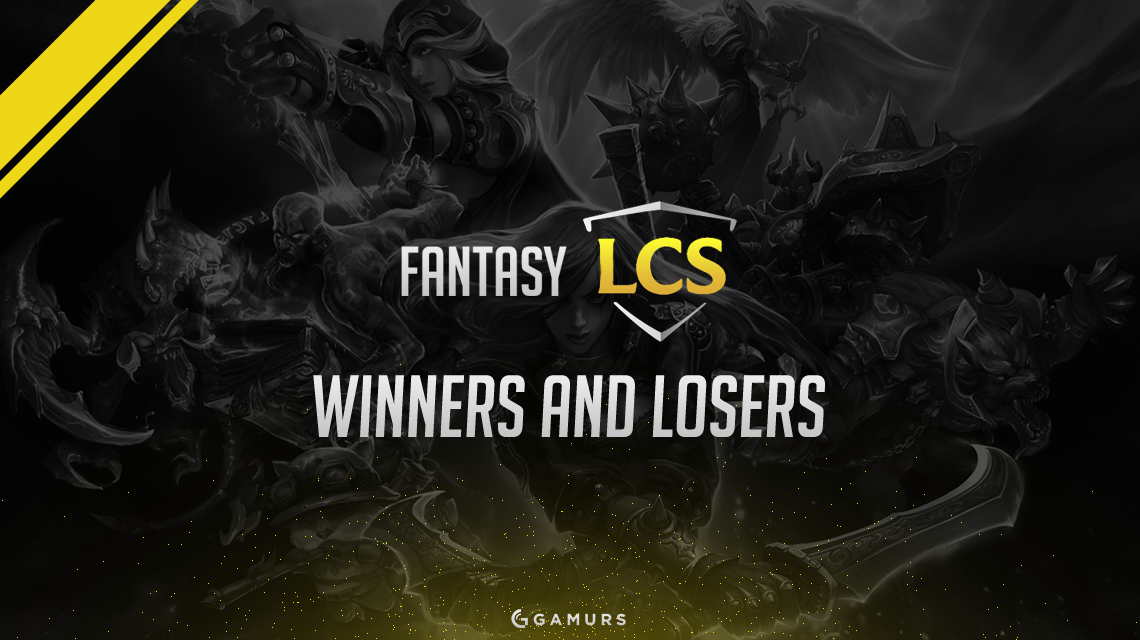 Febiven made his first appearance on the winners list a memorable one, setting the 2016 Summer Split record for points scored in one week. Despite that, Fnatic tied their match against Origen, a series that saw Febiven score a modest 43 points off of a 12-6-8 KDA. He found most of his points in the form of a 21-4-22 series against ROCCAT, which included a triple kill for the highest scoring player thus far. Fnatic would sweep that series 2-0, and Febiven would leave the studio with a total of 1,794 CS kills, second among all mid laners.

Rekkles was listed in our notable list last week after a 107 point performance in week three, but 109 points this week, and the second overall point total is certainly good enough for a full mention this week. Like his teammate, Rekkles did most of his scoring in the series against ROCCAT, finishing 11-5-23, with noticeably more assists than kills, which can be accredited to the man above him, as his mid laner found most of the last hits on kills this week. However, 1,841 CS kills, and three games with over 10 kills and assists certainly helped Rekkles’s total for this week.

29.13 is the number of points behind Spirit the next highest jungler was. Spirit marks our third Fnatic player to make the winners list this week, and also wraps up Fnatic’s sweep of the top three highest scoring player. A 15-8-40 week with, like his teammates, a majority of his points coming in the ROCCAT game, a series in which he had over 10 kills and assists in both games, and 697 CS kills put him third among junglers. No numbers stood out amongst the others, but rather just solid, consistent games from Spirit played very much into the jungler’s favor, and into the favor of those who played him in week four.

If someone came and told me at the beginning of this split that MrRalleZ would be the first person to make the winners list twice, I would have laughed at them, but here we are and the FC Schalke ADC is making his second appearance on the list. Since the conclusion of week four, nearly 3,000 teams have added MrRalleZ, and I fully expect that number to continue to rise. Going into week three, the week where he found his first winners list worthy performance, he was being started in 13.5% of leagues. That number is now at 30.5%, and his ownership percentage has steadily risen to 48%. I first said this guy was an option if you were desperate but he is now worth major consideration for the flex position, or if you really need an ADC, the starting role. Either way, check this guy out.

If you exclude the top three scoring players, the highest points total for this week becomes the 89 point week from MrRalleZ, so in retrospect an 88 point week from Sneaky is something to be very pleased with. He has consistently mingled with the winners list, and last week found a spot in the notables section, however this week’s performance was good enough for a full spotlight on the Cloud9 ADC. Sneaky died just two times, the least amongst players who played in four games, which meant owners were losing very few points, and meant for a very profitable two games. Cloud9 did not drop a map the entire weekend, with sweeps against both Team EnVyUs and NRG eSports. Sneaky finished 18-2-21, with 1,160 CS kills, which was good enough for the winners list in this rather modest scoring week, excluding any Fnatic players of course.

I hate having to put a full team on the losers list for the sake of the content, especially after doing the same to Echo Fox last week, but the performance, or lack thereof, from Team EnVyUs was just unignorable. Five out of the six players at the bottom of the points scored list were on Team EnVyUs, and the only player who was not was Andy “Smoothie” Ta, the C9 support who only played in two games, once again splitting play time with Michael “BunnyFuFuu” Kurylo. Though I do want to make it known that this week was not all Team EnVyUs’ fault as they had arguably their toughest week of the season this week, playing both Team SoloMid and Cloud9, but a team still should be able to combine for over 100 points.

It was a very up and down week for Darshan, he only managed to score 8.04 points in his matchup against Immortals with just four kills and 11 deaths. Things improved slightly for the top laner who totaled 26.86 points in a 2-0 sweep of Phoenix1, finishing that series with a 6-1-7 KDA. CLG this split has not been the CLG we are used to seeing. Coming off the Spring Split championship, and an outstanding performance at the Mid-Season Invitational, fantasy owners would really like to see the team step it up, and they need to if they want to have the chance to raise the third straight CLG banner in the NA LCS studio. If they want to accomplish this, they would become the second team to win three championships, and the first to do it consecutively.

Had NRG played two matches against Phoenix1, KiWiKiD would have had himself a decent week. What really hurt the 22-year-old support was the match against third place Cloud9. He was able to collect just four points in the entire series, unfortunately watching the grey screen on four different occasions, and perhaps even more unfortunately finding only four assists. While the Phoenix1 series went slightly better from a fantasy standpoint, a 1-11-34 KDA, it probably was not everything you needed from the NRG support.

All images graciously provided by Riot via their Flickr Page