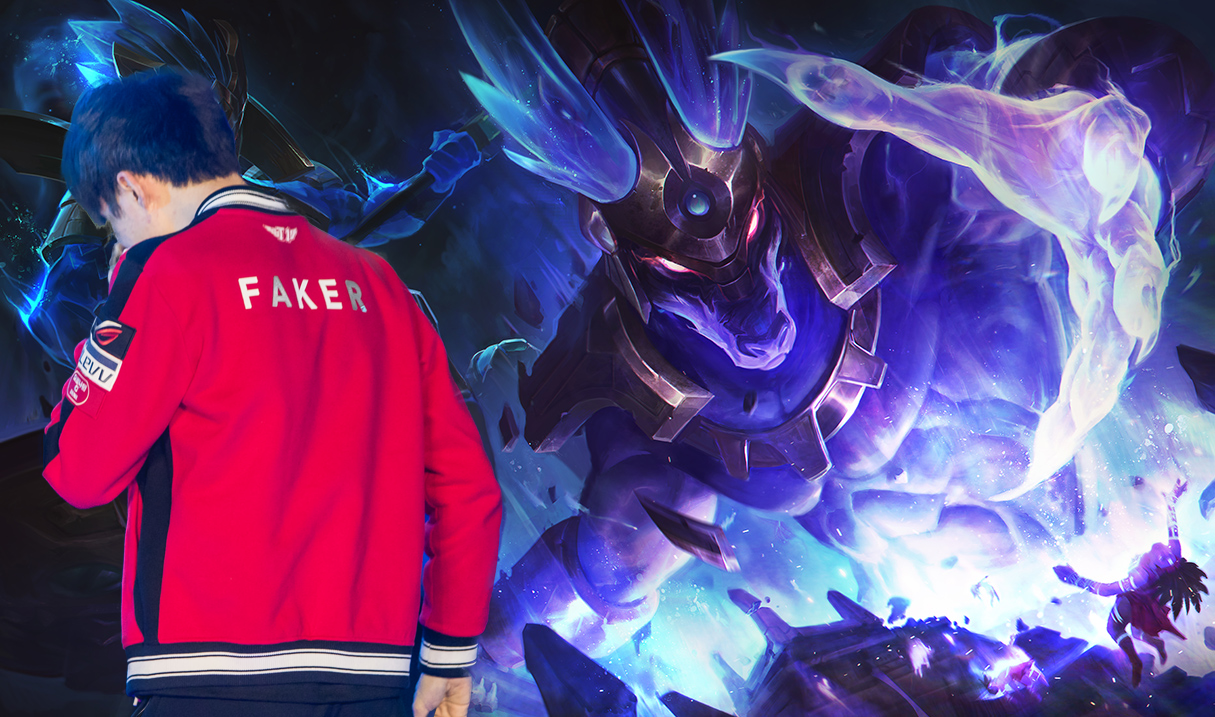 Image and Photo via Riot Games | Remix by Aaron Mickunas

Lee “Faker” Sang-hyeok didn’t earn the nickname Unkillable Demon King without being extremely hard to kill on Summoner’s Rift. That is, unless you’re playing Nasus. Then you have approximately a 100 percent chance of beating him.

This week, League of Legends’ annual Year in Review was released. This feature lets you input your Summoner Name and then shows you interesting stats about your season in the game.

The thing is, though, you can manually replace both the region and the Summoner Name in the URL of the web page, allowing you to check anyone’s stats without needing to log into their accounts. Using this method, it’s very easy to check, say, Faker’s solo queue account Hide on Bush.

For the most part, everything is as you’d expect—a bajillion honors and multi-kills, high winrates, as well as higher DPM and farm than the average Challenger player. But then, in the Best & Worst category, something catches your eye.

Faker had a 100 percent lossrate to Nasus on his Hide on Bush account.

Of course, he probably didn’t play against Nasus that much. Up until Patch 7.14, Nasus had one of the lowest playrates in Korea, according to League stats site OP.gg. In every patch afterward, though, his playrate was, at least, above average. That means he probably played at least a decent amount of games against the big dog, and not once was he able to bring him down.

So, the secret to beating the king of all League players has finally been revealed. Just play Nasus.

Or, you know, use a Samsung Galaxy skin. We hear that works pretty well, too.